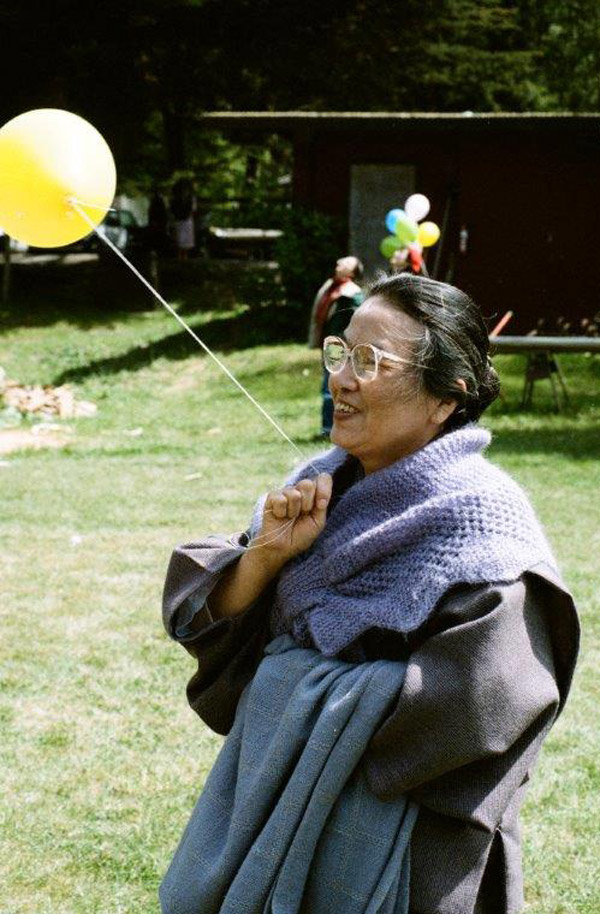 Mitsu Suzuki Sensei, poet, beloved tea teacher, and wife of Shunryu Suzuki Roshi, passed away on January 9, 2016, at the age of 101. Fondly known as Okusan, Mitsu Suzuki Sensei remained at City Center for 22 years after Suzuki Roshi’s death, and her wise and compassionate presence in the building contributed hugely to the maturing of the sangha.

Each of the three temples of San Francisco Zen Center honored her with the traditional ringing of the 108 bells, in which sangha members took part, and each temple conducted a memorial service. Central Abbess Linda Eijun Cutts traveled to Japan to attend her memorial service in Rinso-in Temple on January 13 and 14, and her description of the beautiful ceremonies she attended can be read here.

On Saturday, February 27, at 3 pm, there will be a ceremony in memory of Okusan in the Buddha Hall at City Center (the event will also be Live Streamed) All are invited; please respond to ggfabbessassist@sfzc.org if you plan to attend. (Street parking near City Center is very limited. Please carpool or take public transit if possible.)

The page you requested could not be found. Try refining your search, or use the navigation above to locate the post.