Posts from the ‘Arts & Culture’ Category 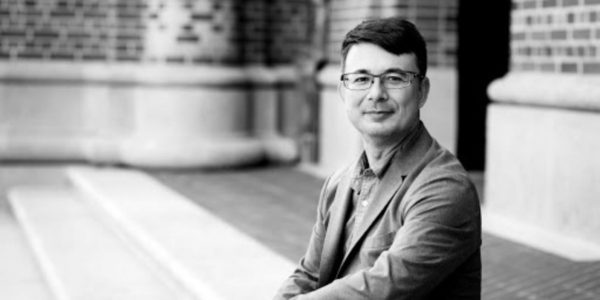 Williams, along with co-organizers Chenxing Han and Funie Hsu, has been instrumental in organizing May We Gather, a national Buddhist memorial ceremony that will take place online on Tuesday, May 4 at 4 pm PT/7 pm ET. The ceremony marks the forty-nine day anniversary of the Atlanta shootings in which eight people, of whom six were of Asian descent, were killed, and arose in response to the need for mourning and renewal in the face of ongoing anti-Asian violence. END_OF_DOCUMENT_TOKEN_TO_BE_REPLACED

How a Zen Priest Contributed to the Oscar-Nominated Film “Soul” 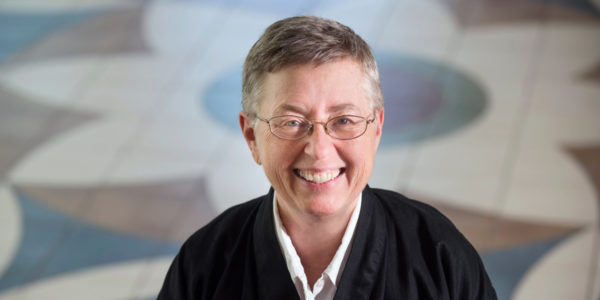 A December 2020 review in the New York Times by A.O. Scott describes Soul as “an inventive tale starring Jamie Foxx as a jazz musician caught in a world that human souls pass through on their way into and out of life, Soul tackles some of the questions that many of us have been losing sleep over since childhood. Why do I exist? What’s the point of being alive? What comes after? It’s rare for any movie, let alone an all-ages cartoon, to venture into such deep and potentially scary metaphysical territory.”

About four years ago Daijaku received a call in her office from Pixar asking if she would consult with them about a movie. They wouldn’t say how they found her or what the movie was about. When she visited Pixar in Emeryville, CA, she was invited into a large room with a storyboard on the wall. Peter Docker, the film’s director, and four or five other people were there. She found the staff humble, kind, gentle, welcoming, and really curious. They wanted to know about what Buddhist beliefs are concerning what happens after death. They were speaking with people from different faith traditions about this. The movie was still in the early stages of conception. END_OF_DOCUMENT_TOKEN_TO_BE_REPLACED

A Time to Heal: An Interview with Jenée Johnson 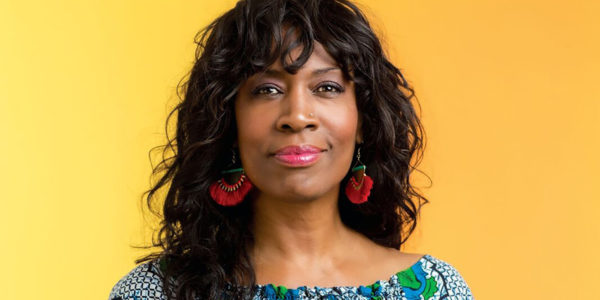 “You can be authentic, grow yourself, and claim your right to flourish,” says Jenée Johnson, who will be offering A Time to Heal: Insights on the Path to Healing Racialized Trauma, a four-week online class beginning May 6.

The class will introduce participants to an understanding of trauma, investigate the culture of white supremacy, explore practices to cultivate response-ability and resilience, and engage in the power of envisioning. It will include meditation, music, journaling, and racial affinity break-out groups. 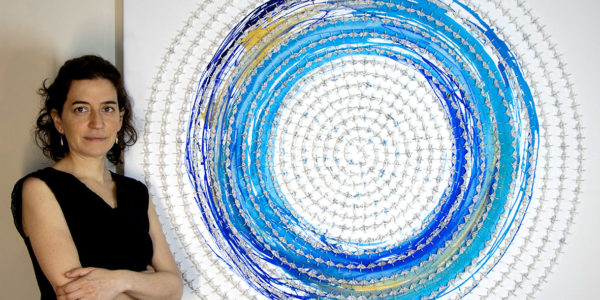 For Paula Pietranera, a resident of San Francisco Zen Center, the pandemic began just as an exhibit of her paper folding art pieces and her sumi-e paintings was about to open at the Japanese Consulate in San Francisco. The exhibit was installed as the doors to the embassy were closing to the public. Paula wondered how to share her art work and connect with people.Â

â€œIt was a moment when people were struggling so much all over the world,â€ explains Paula.Â  She has family in Argentina and Spain and was in touch with friends in Japan and other countries. â€œWe were all going through this pandemic together.â€Â  END_OF_DOCUMENT_TOKEN_TO_BE_REPLACED 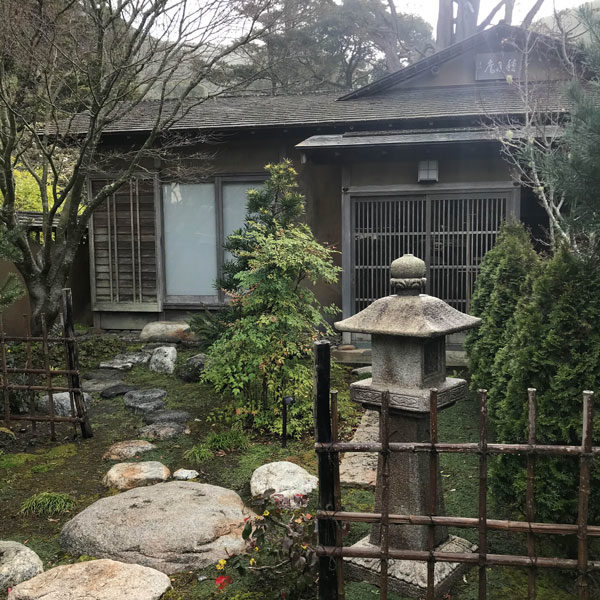 Sowing the Moon Teahouse at Green Gulch Farm has resumed monthly Sunday afternoon tea gatherings through Zoom. For two decades, prior to Covid-19, Meiya Wender and her tea students had hosted Sunday teas in this teahouse built in the traditional Japanese style, within the enclosed space of a tea garden. During the past year, Meiya has been learning that it is possible to host tea gatherings virtually. She is looking forward to the first online Sunday Tea Gathering, onÂ  4/11 (sfzc.org)

I met with Meiya to learn about her path to becoming a tea teacher and to hear how it has been to practice tea during the Covid-19 pandemic. END_OF_DOCUMENT_TOKEN_TO_BE_REPLACED

A Mural to Greet The New Dawn

On the corner of Page and Laguna Streets in San Francisco, diagonally across from San Francisco Zen Center, is a corner building with a series of murals that wrap around the boarded-over windows. What unites the several panels is a stream of monarch butterflies, often seen in spring at Tassajara Zen Mountain Center, one of SFZCâ€™s three temples. As I walked across the street today I saw a woman on a ladder painting the newest image â€“ a portrait of Amanda Gorman, who recited her poem â€œThe Hill We Climbâ€œ at President Joe Bidenâ€™s inauguration less than a week ago. END_OF_DOCUMENT_TOKEN_TO_BE_REPLACED 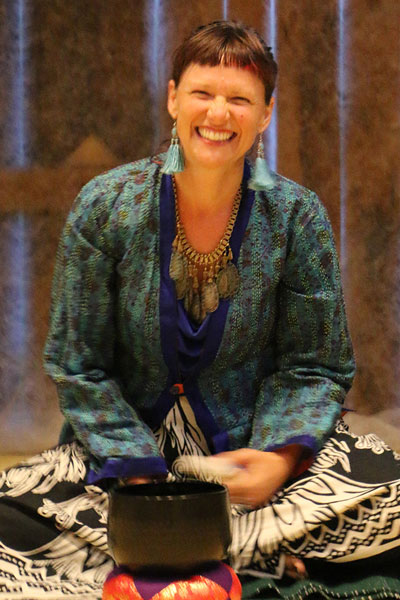 SN: Could you share a bit about your connection to SFZC?

I was a farm apprentice at Green Gulch Farm in 2014. When it was over, it was a big decision whether to stay on as a resident or go back to my life in Oakland. I ended up back in Oakland for a while and then came back to GGF for the January Intensive and eventually did a practice period. I started a romantic relationship with Qayyum Johnson, who was the Farm Manager, and lived with him there for a few years, splitting my time between GGF and Art Monastery. END_OF_DOCUMENT_TOKEN_TO_BE_REPLACED

On Sunday, residents at Beginnerâ€™s Mind Temple painted a Black Lives Matter banner and put it up across the front of the entryway of 300 Page Street. Green Gulch Farm is also in the process of creating a BLM banner and we will share that when it happens.Â  UPDATE: See images below of the banner that Green Gulch Farm made and hung on the sign on Highway 1.

END_OF_DOCUMENT_TOKEN_TO_BE_REPLACED 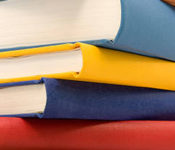 The City Center Library and Reading Room is currently looking for additional volunteers for Tuesdays, 1:30 â€“ 7 pm. Please consider assisting us in keeping the library and sitting space accessible for residents and other members/visitors.

END_OF_DOCUMENT_TOKEN_TO_BE_REPLACED 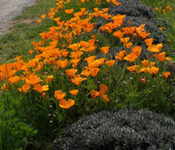