There are now 65 Affiliates in the United States and another 10 in Europe and Central and South America. Branching Streams—the name comes from a line in a poem by eighth century Zen Master Sekito Kisen—grew out of a recognition, in the mid-80s, that sanghas affiliated with San Francisco Zen Center, around the country and around the globe, were burgeoning, and that they both wanted and would benefit from a closer connection to SFZC and to each other. The mission of the Branching Streams programs is to encourage and support the development of these Affiliate sanghas. 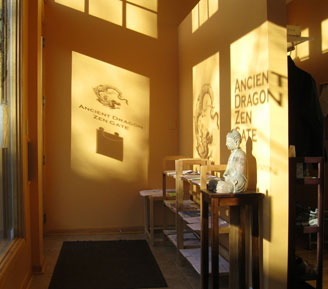 Every other year we hold a large “Gathering of the Branching Streams.” We completed such a Conference in early September 2017 in Chicago, hosted by the thriving Affiliate, Ancient Dragon Zen Gate.

Forty Branching Streams Leaders were in attendance; we practiced zazen together, had meals together, and informal time. Our two main topics for this particular gathering were the “right use of power” and “Zen practice and social engagement.” There were intense discussions in group sessions both large and small, on these and related topics. People left the Conference feeling more connected to the Dharma and to each other; energized and encouraged.

In addition to the biennial Conference, other programs that have been developed in recent years as part of the Branching Streams initiative include:

Over the past few years various Affiliates have submitted Profiles of their groups for publication in Sangha News and on the Branching Streams websites. To give a sense of what the Affiliate groups are like, see these three profiles: