Centro Zen L’Arco is right on top of the hill from where Emperor Nero watched the great fire of Rome, and five minutes’ walk from the Papal Archbasilica of St. John Lateran. 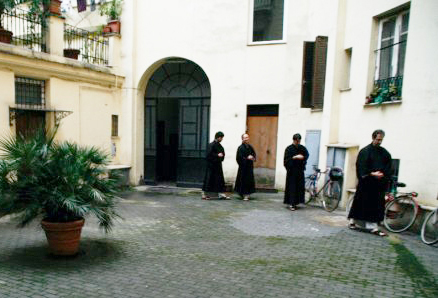 Kinhin in the courtyard.

The center’s name recalls the historical environment: l’arco, in fact, means “the arch,” like the ancient Roman arches, but it also means “gate”—or “dharma gate,” as the Roman sangha likes to think. One of the main purposes of the center is to offer a gateway to the Buddha Dharma as transmitted by Dogen Zenji and Suzuki Roshi—a gateway that can be entered as much by Italians as by anyone.

Centro Zen L’Arco Roma occupies the ground-floor rooms of an apartment building in Piazza Dante, and it opens onto a placid courtyard. An old green wooden door welcomes sangha members into a small office that, thanks to two folding screens, functions also as changing room. 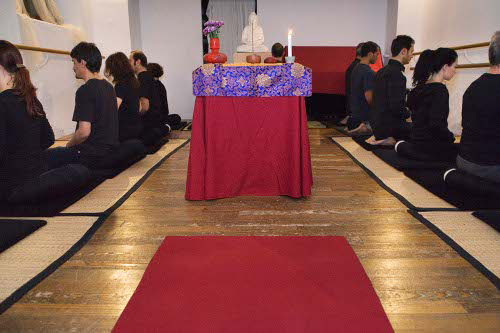 The office leads into the wood-floor main hall that in the early morning and late evening is a Zen temple, and during the day functions as a yoga, tai chi and classical Indian dance studio. So every time we practice Zen we must bring down the straw mats, zafus and zabutons from the loft, which is also the kaisando (founder’s hall) for Suzuki Roshi, and set up the altar. This is good, because it is a preliminary half hour of attention and awareness before the sitting, and the way the hall mutates from yoga studio or dance studio to temple, and then back again at the end of the evening to an empty hall, is a reminder of impermanence that occurs four times a week. It is like a giant mandala that we set up and dismantle regularly. 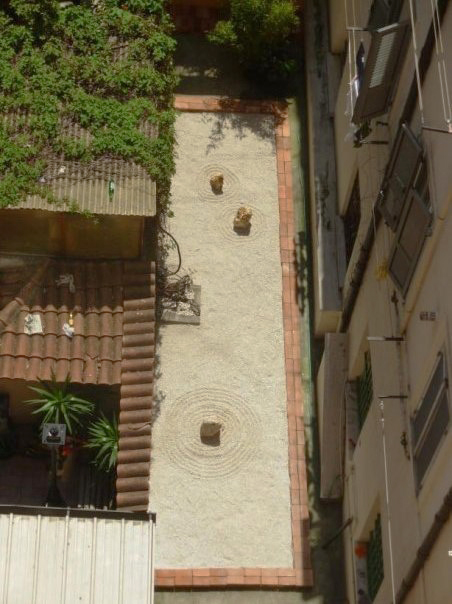 Beyond the hall is a small, cramped inner courtyard in which the sangha has created a Zen stone garden, “the first one in the whole history of Rome,” the sangha states with a bit of un-Buddhist pride. Surrounded by bamboo, plant containers, and bonsai and peach trees, the Zen garden with its peaceful steadiness supports students in their effort to sit still, and calms the minds of the loud neighbors.

We started to sit in L’Arco’s premises in the mid ’80s, in the beginning as a group in the Deshimaru Roshi lineage, with me as practice leader. But in the late ’90s we decided to discontinue that connection and look for another Zen lineage. It was then that, inspired by the reading of Zen Mind, Beginners Mind, I decided to come to practice at San Francisco Zen Center. Later I was ordained by Zenkei Roshi, Blanche Hartman, and in 2012 I received dharma transmission from Eijun Roshi, Linda Cutts.

At L’Arco we meet four times a week. For evening meetings, we begin at 9 pm and finish around midnight, and then have dinner. We have a one-day sitting every month, and once a year a seven-day sesshin in a medieval villa in Tuscany where, according to legend, Saint Catherine of Siena had her mystical visions. Our regular activity includes zazen, dharma talks, study, sewing classes, ceremonies and practice discussions. 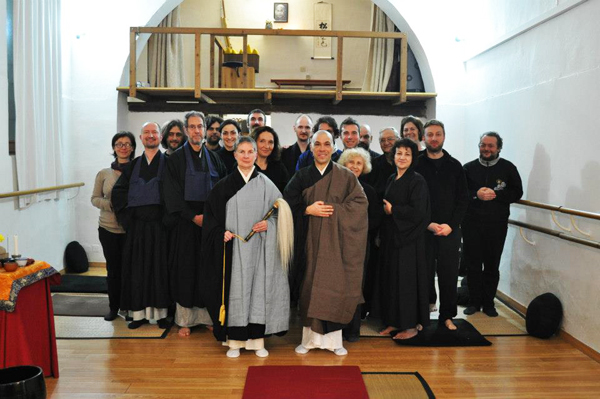 Thirty-five people attend the center regularly. Besides the dharma teacher—humbly represented by me—in our sangha there are eight lay-ordained practitioners and four more who are sewing rakusus and studying the precepts.

L’Arco is the first Zen center to be founded in Rome, so it is a real pleasure and an honor to witness how a pioneering group of Italian people, of Catholic heritage, does its best every day to practice Zen rigorously. They are learning a spiritual language that is completely new—although much needed—and at the same time doing their best to find an Italian adaptation of Zen that ranges from reciting sutras in Italian to having spaghetti in the first bowl! In that sense, a Roman comment on the koan of Qinyuan (“What is the price of rice in Lulin?”) would be, “What is the price of pizza in Rome?” 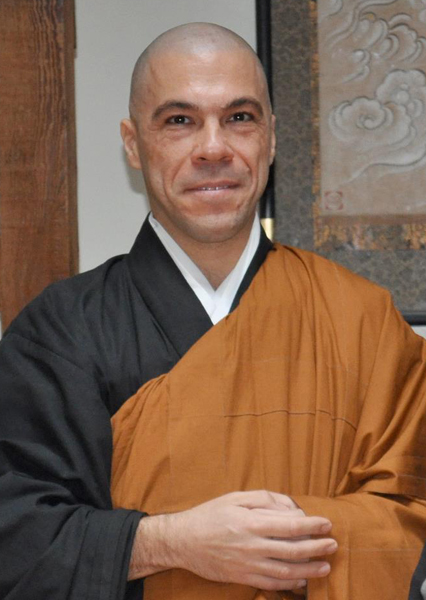 Besides regular practice, for the last five years I have been going regularly, together with two sangha members, to teach meditation in the main prison of Rome. This too is a pioneering venture, as this is the first time meditation has been brought to an Italian prison. The results are encouraging. A group of twelve to fifteen inmates regularly attend the meditation class. As demonstrated by a scientific study by Antonino Raffone, a sangha member and neuroscientist, the prisoners who are attending our meditation classes are less aggressive, calmer, more aware and more compassionate.

My beloved teacher Eijun Roshi Linda Cutts, who speaks Italian well, has visited us several times in the past twelve years, conducting regular practice, ceremonies and sesshins, and conveying a female spiritual energy to the whole sangha. With her regular visits and with my coming and going to San Francisco, I have the feeling that we have been sewing together—in a giant okesa—two parts of the world that are different and yet very close.

If you come to Rome, please visit us to enjoy what we call, in a Roman Buddhist joke, the fourth vehicle. For after Hinayana, Mahayana and Vajrayana, there is … Italyana.

Visit SFZC’s website for a directory of Branching Streams sanghas, or for more information, email us at branchingstreams@sfzc.org. For more about L’Arco, visit romazen.it.