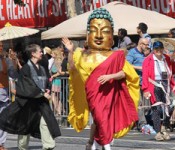 A visual summary of San Francisco Zen Center’s participation in the Pride Parade on June 30, 2013. END_OF_DOCUMENT_TOKEN_TO_BE_REPLACED 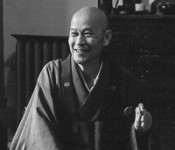 The Presence and Way of a Zen Master: Shunryu Suzuki Roshi’s Teachings

Article by Kogan Sheldon, Program Assistant
Quotations from a talk given Saturday, March 26, 1966: “The Way-Seeking Mind“

__________
“When we have problems for ourselves, direct feeling of the problem—of the fact you have to face—is how you arise the way-seeking mind.” END_OF_DOCUMENT_TOKEN_TO_BE_REPLACED

A Plunge into Zen Koans: An interview with Zoketsu Norman Fischer

Norman Fischer is very approachable, more like your friendly neighbor than the former Abbot of San Francisco Zen Center, nationally known writer, poet, and leader of Buddhist thought that he is. In his rhythmic way of speaking there is humor and a matter-of-fact way of stating things, as well as a sense that he can find the humanity in any topic or action. This is reflected in one phrase I heard Norman say in “Four Stories about Zhaozhou,” a dharma talk he gave at Tassajara Zen Mountain Center in 2012 — “As long as we are alive, we will never get over being alive.” END_OF_DOCUMENT_TOKEN_TO_BE_REPLACED 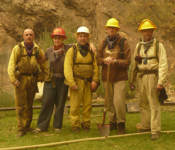 Still Sitting, with Fire: Commemorating the 5th Anniversary of the Basin Complex Fire

Five years ago this month, we came close to losing Tassajara Zen Mountain Center to a major wildfire. On the afternoon of July 9, 2008, as the evacuation caravans of the remaining students pulled away from the monastery gate, many of us thought we might not see our beloved home and spiritual refuge again. But impromptu decisions lay ahead that determined a different outcome.

END_OF_DOCUMENT_TOKEN_TO_BE_REPLACED

The Deep Point of Continuous Practice: An interview with Darcy Lyon

Right away I noticed, when interviewing Darcy Lyon, her expressiveness and warmth. She has an off-hand way of revealing progress towards elusive goals like opening to greater awareness and presence through asana and dharma. For her the two flow together beautifully, and she aspires to share this perspective with her students. END_OF_DOCUMENT_TOKEN_TO_BE_REPLACED 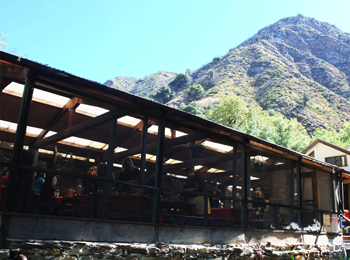 With no carefully constructed plastic partitioned plate and having been suckered in by Bunkai’s humor and philosophy in Sack Lunch 101 (I usually avoid buffets), I find myself with a purloined large yogurt container, small white bags, and the traditional brown one, loitering in the sack lunch area after breakfast. END_OF_DOCUMENT_TOKEN_TO_BE_REPLACED

Listening to the Heart of the World: An Interview with Albert Flynn DeSilver

Writing is one of our most powerful points of attention as human beings, and when we focus our attention toward the realms of the possible, our lives become a living expression of possibility. This statement from Albert Flynn DeSilver well reflects his expansive spirit and enthusiasm for producing change within oneself and the world through writing. END_OF_DOCUMENT_TOKEN_TO_BE_REPLACED 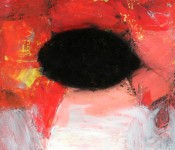 Go Ahead, Feed the Sculpture: A Soulful and Interactive Art Exhibit at City Center

Art is necessity. But it can also be fun. These are the themes that stand out in Delfina Piretti’s artwork, exhibited for the month of July in the art lounge at City Center, with an open reception on Friday, July 12. END_OF_DOCUMENT_TOKEN_TO_BE_REPLACED