Five years ago this month, we came close to losing Tassajara Zen Mountain Center to a major wildfire. On the afternoon of July 9, 2008, as the evacuation caravans of the remaining students pulled away from the monastery gate, many of us thought we might not see our beloved home and spiritual refuge again. But impromptu decisions lay ahead that determined a different outcome. 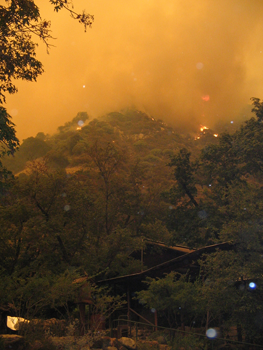 For those unfamiliar with the story, after driving just a couple miles up the road, five monks chose to return to the monastery with the straightforward intention of refueling the pumps that ran ‘Dharma Rain,’ the jury-rigged sprinkler system installed in the weeks prior on the rooftops. When the Basin Complex fire finally arrived a little after noon the next day—pouring down the mountains on three sides like a stampede of horses into the valley—with the aid of Dharma Rain , the preparations the community had made beforehand, and the concentrated efforts of the five of us remaining, Tassajara was mostly spared disaster, except for the loss of a few smaller structures.

Two weeks later, when the road reopened and the sangha began to return to take up the task of cleaning up and rebuilding, their eyes took in the charred landscape and the bare, surprisingly vulnerable mountains. At the end of the 14-mile dirt road, however, stood Tassajara, a green island abiding resolutely in a sea of devastation. 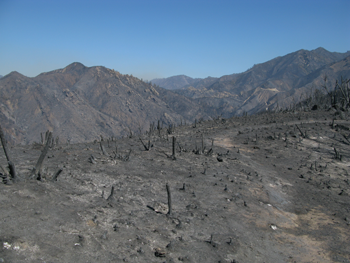 A Vivid Landscape of Impermanence

In the intervening five years since the Basin Complex and the neighboring Indians fires merged and burned more than 240,000 acres to become the third largest wildfire in California history, the wilderness has significantly regenerated. Immediately following the fire, Tassajara undertook significant storm preparations and weathered an uncertain winter marked by mudslides and floods—although not as dramatic and perilous as government officials had predicted. Come the following spring, the mountains began to shed their ashen cloaks and held forth an amazing display of wildflowers and bright green shoots. 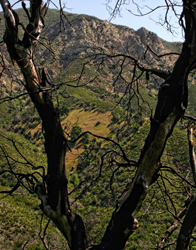 Since then the native oak and maple trees and various chaparral have steadily repopulated the mountain sides, to the degree that the ribs and backbones of the mountains are once again somewhat obscured, their stark nakedness after the fire a fading memory. Even so, a significant amount of ‘snag’—the skeletal remains of trees and bushes that died in the fire but weren’t consumed—remains. The snags stand as stark, grey sentinels, ready fuel for the next fire. Blackened stumps, once ubiquitous, have faded into the background amidst the crowd of hardy foliage. This year’s low rainfall and the numerous fires already burning in California so early this summer season ignites great concern for me, as the Ventana Wilderness is again primed for the next major conflagration. While the tenacity of life is apparent in the Los Padres National Forest surrounding Tassajara, vivid reminders of the dharma teaching of impermanence persist. 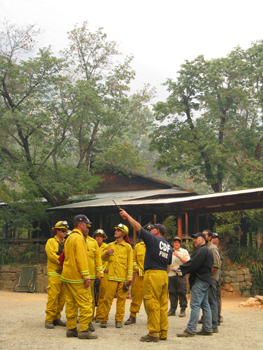 Preparing for When Wildfire Returns

With the intention of strengthening relationships and communications with our neighbors and partners in the stewardship of the wilderness, Tassajara has participated in and hosted regular meetings with local community stakeholders and fire officials regarding fire safety and collaboration. This has resulted in a much more cohesive conversation and effort regarding how to be ready for the next major wildfire. Within Tassajara itself, crews of resident students continue to be trained on fire preparedness and undertake fire drills regularly throughout the year. Stuart Carlson, the CAL Fire captain who played a significant role in preparing Tassajara for the Basin Complex fire, continues to be a good friend to the sangha, helping with fire drills as well as ongoing first aid trainings.

While it’s taken a little longer than desired, the first phase of installing a permanent Dharma Rain has finally begun, supported by Capital Campaign donations. There are also plans to eventually replace the aging standpipe system that runs the length of the monastery grounds. Going forward, all new cabins and community buildings such as the Retreat Hall will have metal roofs and be built per wildland-urban interface fire codes.

In 2011, the story of the Basin Complex fire and its impact on Tassajara was recounted in the book, Fire Monks: Wildfire Meets Zen Mind, written by Colleen Morton Busch. Colleen, herself a long-term student of Zen, beautifully wove together in her account factual events, personal stories, and various Zen teachings. So many people who have read Fire Monks have expressed to me how much they have appreciated hearing the account of the fire and the sangha’s practice in the face of adversity, and the way in which the book so vibrantly brings to life a number of essential dharma teachings. I have been fortunate to have the opportunity to join Colleen for a number of Bay Area book readings and presentations on the teachings of the Basin Complex fire at two national Wildfire Man 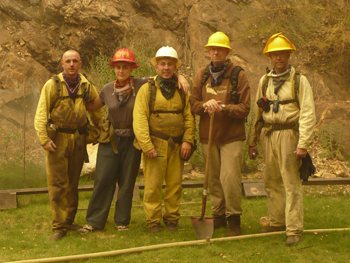 agement conferences. Many of the fire professionals in attendance appreciated hearing how mindfulness and Zen practice can be applied to their daily work as fire “fighters , ” as well as the attitude of meeting fire as a friend rather than an enemy. They also concurred about the importance of working with local communities as partners in fire prevention and management. There was even a children’s study group in Lake Tahoe that read Fire Monks and met with Colleen and I to share the impact the story of the fire had on them. Fire Monks was issued in paperback in 2012, and was was recently translated into German for release in Europe in September.

I invited Colleen to briefly share her own reflections on the anniversary of the fire:

It may seem to be going against the grain of Zen to look back and study the past, but as Abbot Myōogen Steve Stucky told me when I interviewed him for the book, the past is always included in the present moment. For the safety and well being of Tassajara and the people who live there and visit, we would be wise not to forget the events of 2008 but rather to remember that fire lives in the wilderness, always a potentiality, sure to reappear before too long. I’m glad to see that steps are being taken to maintain fire awareness at Tassajara and update infrastructure.

I’m also heartened to see that Fire Monks resonates for people when there isn’t any physical fire, and even for people who have never been to Tassajara or practiced Zen. Fire is such a potent metaphor for the uncertainty and mortality we all live with, sometimes in uncomfortably close proximity.

Keeping Alive the Flame of Gratitude 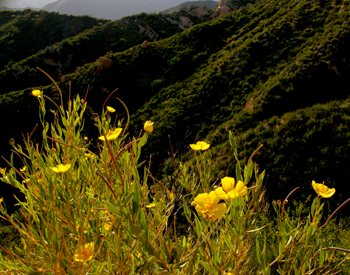 When, in my role as Tassajara director, I wrote the original accounts of the fire in the days following its arrival and departure, I didn’t know how the overall impact of the conflagration would unfold in the years to follow. It’s encouraging to see how resilient both the wilderness and the Zen Center community have been, able to resourcefully regenerate and replenish in the wake of natural adversities. Of course, continually burning for me and everyone are the metaphorical fires on which the Buddha taught: desire, aversion, and delusion. We need to be prepared to meet these fires, just like we need to be prepared for the wildfires that naturally will return regularly to the Ventana. Staying awake, staying attentive, observing with care and compassion, we sit and stay with an openness to whatever arrives. 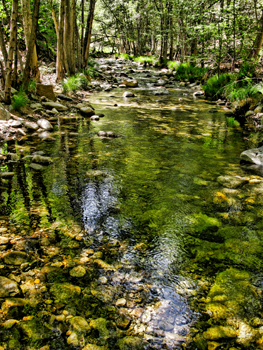 The dynamic dharma teachings of the fire continue to reignite for me every now and then as potent reminders of the benefits of practice. A disappointment here, an unexpected challenge there, and suddenly I recall the gifts of letting go, of not knowing, of making one’s best effort without attachment, and of being open and vulnerable. But through it all is my sincere intention to maintain a flexible mind and resilient heart to meet all fires that come my way, in whatever shape or size or intensity. Some days the flames are distant, other days I get singed. We can only do our best and then move on.

Each time I visit the valley, I am reminded that gratitude continually flowers year-round at Tassajara, regardless of the season, nourished by the many hearts and minds that pass through its gates to dwell even for a few days in the mountain valley refuge. May we always treasure the gift of our lives together, for as the verse on the han reminds us:

Listen carefully everyone
Great is the matter of birth and death
Time passes swiftly, everything is lost
Awake, awake
Do not waste your life

To see additional archives of the 2008 fire, please go to 2008 Tassajara Fire.