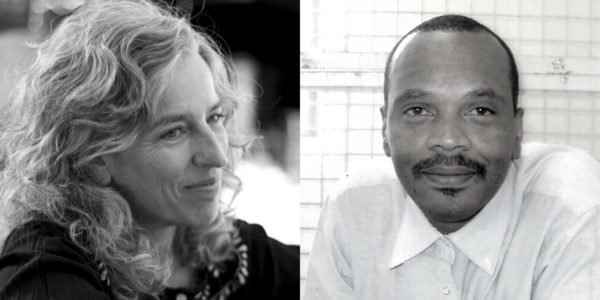 Photo of Lee by Julia Gotz

On Saturday, June 19, Juneteenth, the most prominent emancipation holiday in the United States, Jarvis Masters and Lee Klinger Lesser will be giving a livestream Dharma talk. Jarvis will be calling in to Lee’s cell phone from San Quentin State Prison, where he lives on Death Row, convicted of a crime he did not commit. Jarvis was offered several dates for the SFZC talk and chose Juneteenth.

Jarvis Masters is a longtime meditator and Buddhist practitioner and the author of two books, Finding Freedom and That Bird Has My Wings. Lee Klinger Lesser has been leading workshops in Sensory Awareness for over 45 years. She began studying Zen in 1978 and appreciates the deep interconnectedness of these practices.

Lee and Jarvis’s friendship began in an unusual way. Lee brought a copy of Jarvis’s  first book, Finding Freedom, to Mexico in 1997 when she went there to participate in a Sensory Awareness course with Charlotte Selvers. Lee read the book as she was listening to the sound of ocean waves. “This book crashed into me,” she said.

Jarvis’s address at San Quentin was in the back of the book, and Lee felt moved to write to him—the first time she had ever written to an author whose book had impacted her. Jarvis wrote back. This was the beginning of many years of correspondence. There was a resonance between them. In his letters Jarvis shared what he was thinking about. In her letters Lee shared what her days were like. She saved all his letters.

After some time, Jarvis let Lee know that she could visit him. Although San Quentin is only a fifteen-minute drive from her house, Lee had never been there. She was overwhelmed by her first visit, beginning with going through the gates and security clearance. Jarvis was then in the adjustment center of San Quentin, also known as solitary confinement. He was kept in isolation for longer than any prisoner in California—24 years. They met through a glass window, speaking on phones to one another. END_OF_DOCUMENT_TOKEN_TO_BE_REPLACED 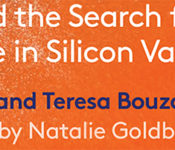 Book Event with Les Kaye and Teresa Bouza: A Sense of Something Greater

Dharma Talk and Book Signing — A Sense of Something Greater: Zen and the Search for Balance in Silicon Valley

END_OF_DOCUMENT_TOKEN_TO_BE_REPLACED 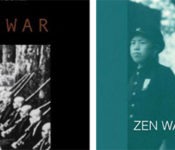