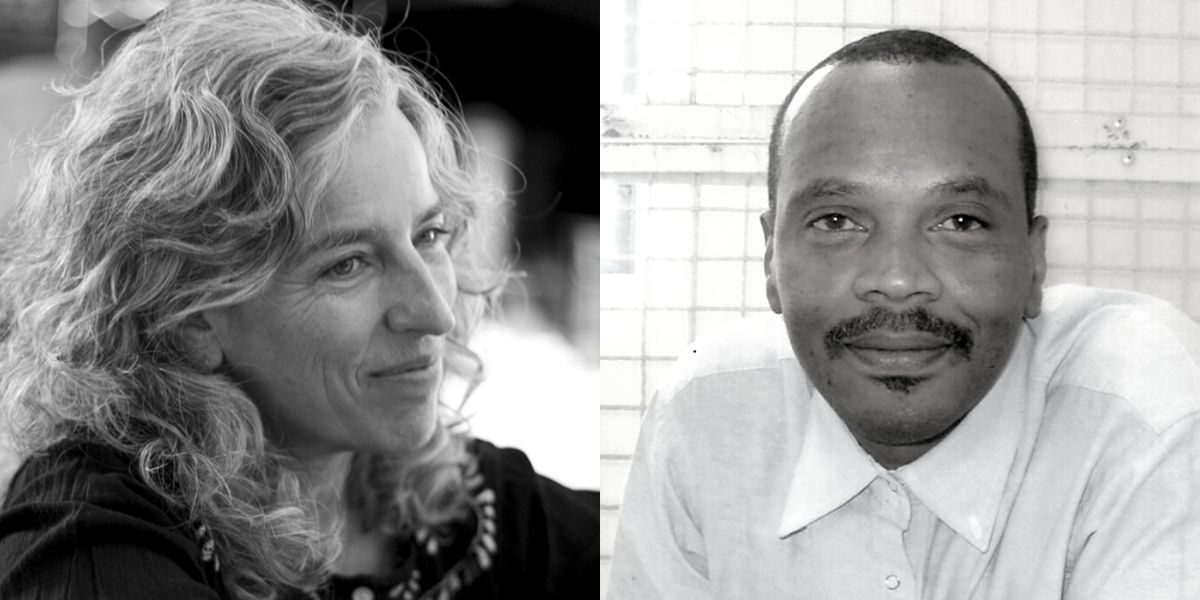 Photo of Lee by Julia Gotz

On Saturday, June 19, Juneteenth, the most prominent emancipation holiday in the United States, Jarvis Masters and Lee Klinger Lesser will be giving a livestream Dharma talk. Jarvis will be calling in to Lee’s cell phone from San Quentin State Prison, where he lives on Death Row, convicted of a crime he did not commit. Jarvis was offered several dates for the SFZC talk and chose Juneteenth.

Jarvis Masters is a longtime meditator and Buddhist practitioner and the author of two books, Finding Freedom and That Bird Has My Wings. Lee Klinger Lesser has been leading workshops in Sensory Awareness for over 45 years. She began studying Zen in 1978 and appreciates the deep interconnectedness of these practices.

Lee and Jarvis’s friendship began in an unusual way. Lee brought a copy of Jarvis’s  first book, Finding Freedom, to Mexico in 1997 when she went there to participate in a Sensory Awareness course with Charlotte Selvers. Lee read the book as she was listening to the sound of ocean waves. “This book crashed into me,” she said.

Jarvis’s address at San Quentin was in the back of the book, and Lee felt moved to write to him—the first time she had ever written to an author whose book had impacted her. Jarvis wrote back. This was the beginning of many years of correspondence. There was a resonance between them. In his letters Jarvis shared what he was thinking about. In her letters Lee shared what her days were like. She saved all his letters.

After some time, Jarvis let Lee know that she could visit him. Although San Quentin is only a fifteen-minute drive from her house, Lee had never been there. She was overwhelmed by her first visit, beginning with going through the gates and security clearance. Jarvis was then in the adjustment center of San Quentin, also known as solitary confinement. He was kept in isolation for longer than any prisoner in California—24 years. They met through a glass window, speaking on phones to one another.

Although their lives are dramatically different, Lee said it was wonderful to visit Jarvis. His world was one she didn’t know. “The prison is part of a dehumanizing system,” she said. Lee saw family members visiting their loved ones and became aware of the impact of life-long sentences on families and communities, primarily Black and Latino.

Jarvis has a sense of humor, a playfulness they could share even through a glass window. However, before and after executions there was no laughter. He had known those who were executed.

Lee described Jarvis’s deep, open heart. “He’s one of the most free people I know. Although Jarvis wants to get out of prison and is doing everything he can to get out, he is being fully who he is, where he is. He has a positive influence on other prisoners and on the guards.”

When Jarvis was moved from the adjustment center to a cell, Lee and Jarvis were able to share a hug at the beginning and end of her visits. The visiting room was like a cage. They were observed by prison staff members. “You feel the doors slam, people being handcuffed. It’s so visceral.” Jarvis lives under great stress, which impacts his health and psyche. He had Covid-19, as did many others at San Quentin. Thirteen people on his tier died.

“He has a resilient spirit and wisdom, a lightness of being in this incredibly dark place,” Lee noted. “He is one of my beloved teachers and friends.” Lee’s daughter has visited Jarvis and her son speaks with him by phone.

To learn more about Jarvis, Lee suggests reading his books, which he wrote using only the cartridge of a ballpoint pen as pens were not allowed in his cell, and visiting his website, www.freejarvis.org, where his writing and interviews are posted. On his website is an audio recording of a workshop that Lee and Jarvis led together on Sensory Awareness, Mindfulness, and Antiracism, edited by Lee’s son. Lee also recommends David Sheff’s Buddhist on Death Row: How One Man Found Light in the Darkest Place, which chronicles Jarvis’s life and practice and intimate friendship with Pema Chodron.