Statement on the January 6 attack on the U.S. Congress

The impact of the January 6 siege on Congress by a mob incited by the President of the United States continues to reverberate throughout the nation. San Francisco Zen Center condemns the violence that was perpetrated, mourns the loss of lives, and bears witness to the alarm, dismay, and anguish arising from the attack. Disagreements and protests are valid aspects of a free and open dialogue in a democracy; violence and intimidation are not.

These recent attempts to subvert our democracy have been shocking and heartbreaking. They also highlight the stark contrast between the treatment of the predominantly White rioters and the protesters who assembled in support of Black lives over this past year. The roots of this inequity are found in the history of racism and injustice in the U.S., and are directly tied to the hatred and white supremacy that fueled last week’s insurrection. END_OF_DOCUMENT_TOKEN_TO_BE_REPLACED 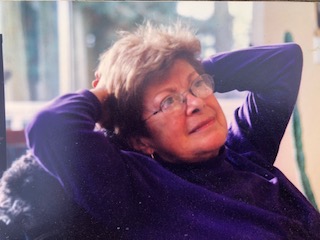 Kyoan Sandra Taylor began her study of Buddhism over 30 years ago in the Suzuki Roshi lineage at San Francisco Zen Center. She was ordained as a priest in 2003 with Zoketsu Norman Fischer and served on the board of SFZC. She was also the founder of Seattle Soto Zen.

Sandy was asked to set up a Retirement Fund and Endowment Fund and chaired the Investment Committee overseeing the assets of both funds. Susan O’Connell, the Spiritual Director at Zen Inspired Senior Living Project says, “As a Board member Sandy devoted her financial skills towards helping Zen Center mature and find responsible ways to invest our funds at a time when we were not as organized around this important issue. I often think that the more detailed and value-aligned approach we now have was seeded by her work.” END_OF_DOCUMENT_TOKEN_TO_BE_REPLACED 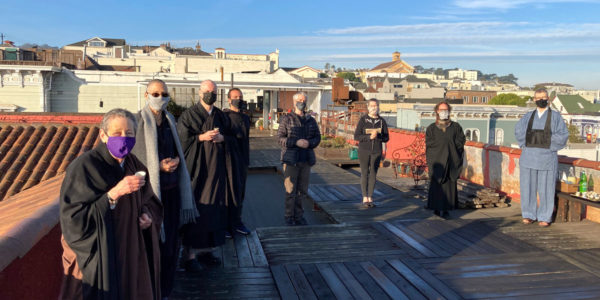 On the morning of the New Year, for the first time since the beginning of the Covid-19 protocols, City Center residents sat zazen, bowed, and chanted together in the temple building.  There was a sense of renewal as people, arranged six feet apart, bowed to their seats in the courtyard. END_OF_DOCUMENT_TOKEN_TO_BE_REPLACED