Congratulations to GGF and Tassajara Shusos

Qayyum Johnson served as shuso (head student) at Green Gulch Farm for its Spring 2015 Practice Period, led by Abiding Abbess Furyu Schoeder. Both are pictured below after the Shuso Ceremony on Monday, April 6, which closed the practice period at the end of a seven-day sesshin. A Green Gulch resident for nine years, Qayyum is the farm manager and has been an important voice for environmental concerns at Zen Center. He was also co-chair of SFZC’s Ethics and Reconciliation Council. 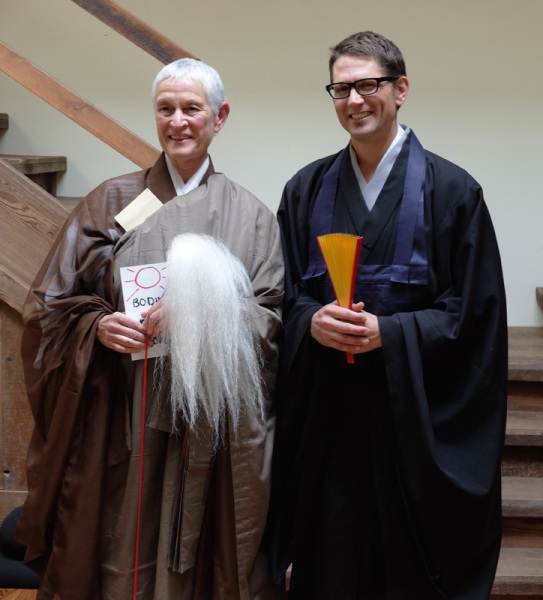 Meanwhile at Tassajara, Mary Stares also completed her shuso practice period, with a Shuso Ceremony on Thursday, April 2. The Winter 2015 Practice Period there was led by City Center Abiding Abbot Rinso Ed Sattizahn. Previously, Mary filled a critical role as assistant to the late Central Abbot Myogen Steve Stücky during the period of his declining health. Most recently, Mary was tenzo (head of the kitchen) at City Center, where she will soon return for another chapter in temple life. If you missed it in Tassajara News last week, you can still view the full slide show about Mary’s Shuso Ceremony at Tassajara, which includes more photos of Mary and Ed, as well as the students and their natural surroundings. 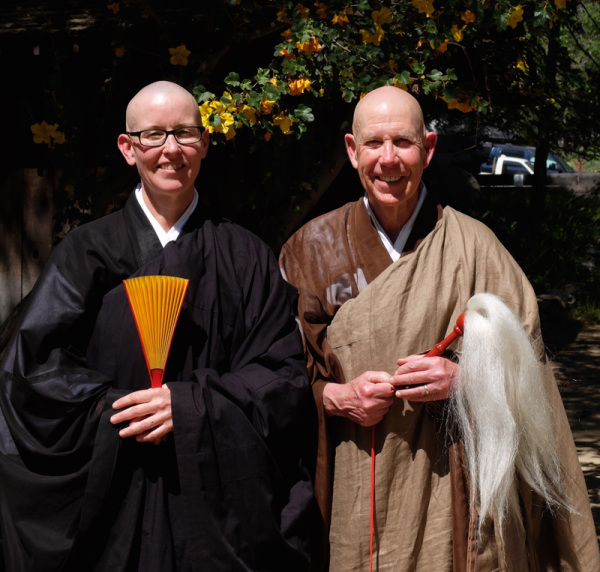 We celebrate with these three students as they pass these milestones along their paths at Zen Center, and we wish them well as they continue here to study, practice and offer their understanding of the Dharma in new ways.