Congratulations and thanks to Tim Kroll for serving as shuso (head student) for the Winter 2015 Practice Period at City Center, led by Urban Temple Dharma Teacher Ryushin Paul Haller. Both are pictured below after the Shuso Ceremony on Saturday, March 28, which closed the practice period at the end of a seven-day sesshin. 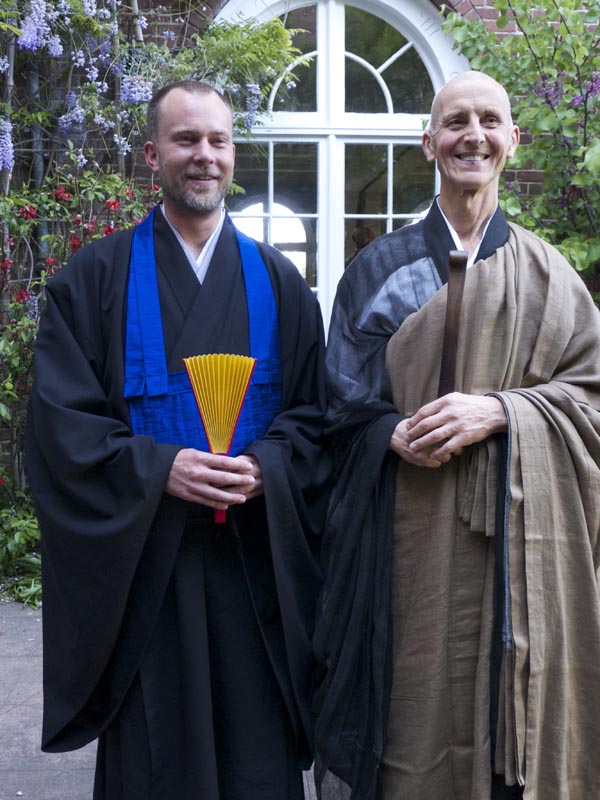 Tim will be missed as a resident as he returns to his SF home this week, though he continues to have a regular presence at the temple, particularly as a leader of the popular weekly practice group Young Urban Zen. Tim began his Zen practice at Chapel Hill Zen Center, an SFZC Branching Streams affiliate profiled in this same issue of Sangha News. 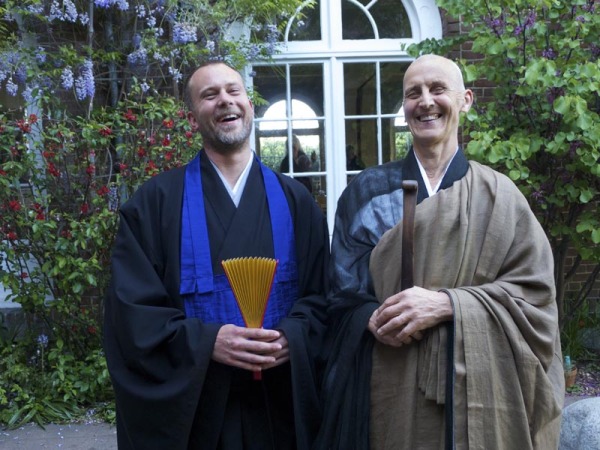