It’s a new year, and time to celebrate new and improved facilities, the fruits of last year’s labor. After nine months of renovating existing structures and building new ones throughout 2014, more of the visions of Zen Center’s Widening the Circle Capital Campaign have become realities, this time at Green Gulch Farm. These buildings are now being enjoyed by staff, residents and visitors as improved living, working, learning and practice spaces.

Last week, a new building was officially opened with a joyful ceremony. Still Water Hall, situated near Cloud Hall, offers needed additional space for Green Gulch retreats, workshops and classes. The new building also contains the property’s first fully accessible room with adjoining bathroom, expanding the possibilities of practice for those who are less mobile. Energy efficiency and sustainability have been high priorities in many ways, as reflected, for example, in solar hot water heating on the roof and the use of reclaimed redwood siding from old water tanks in California. 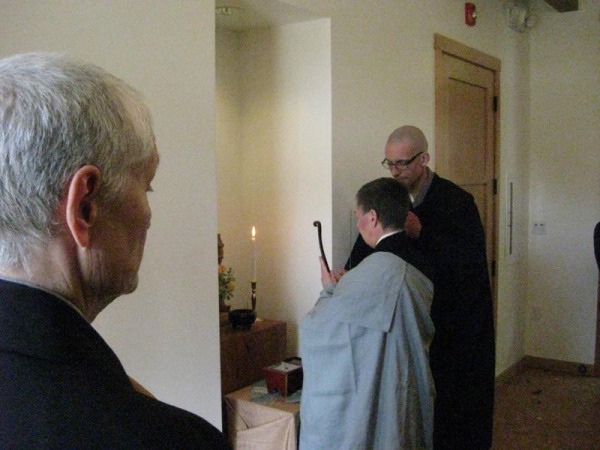 The one-minute video below captures a slice of the ceremony that marked this significant occasion. In the video, Central Abbess Eijun Linda Cutts arrives in a procession at a hall filled with sangha members and guests chanting this “Verse for Practice Place Purification”:

Another major part of the construction project last year at Green Gulch was the renovation of Cloud Hall, originally built for agricultural use when the property was a working ranch, and later repurposed by enterprising Zen students for housing and offices. The upgrade, which began last April, included an energy efficient radiant heating system, sound insulation between rooms, improved fire safety, new lighting, new electrical wiring, a new roof and siding, and thermal insulation. The work has greatly improved living conditions while reducing environmental impact. 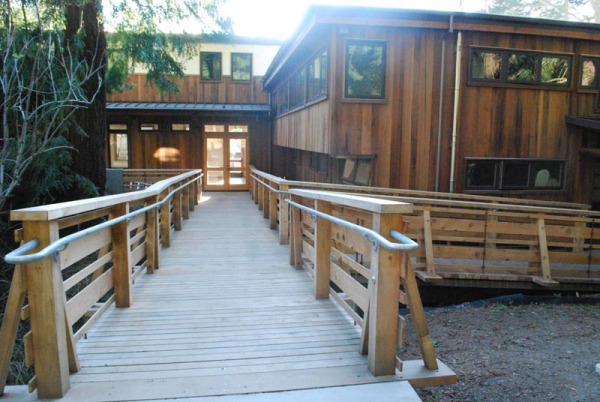 Cloud Hall, which has always had an entrance to the zendo, now also has an interior connection to the student rooms on the second floor of Still Water Hall. Throughout the property, wheelchair-accessible pathways and ramps have been built and/or upgraded.

In addition, last summer the Lindisfarne Guest House received a new roof and the dining rooms had their floors resurfaced. The Guest House roof was a complicated project, as it is a unique structure built in a traditional Japanese style by architect Paul Discoe. (See Sangha News story: Laying a Roof and Raising Consciousness: An Interview with Contractor Ezra Wynn on Being Atop the Guest House. See also the Renovation and Restoration blog for pictures of the work on the dining room floor.)

Although the construction work suspended or altered many of Green Gulch’s public programs temporarily last year, these have since returned to normal operation. The Sunday Program, guest house, and conference facilities welcome you back. (Please take note of a temporary road detour due to a landslide on Highway 1.) Due to clarified pedestrian and car routes, and ADA accessibility improvements, there is less parking overall at Green Gulch, and all visitors are encouraged to carpool (see more about ridesharing). 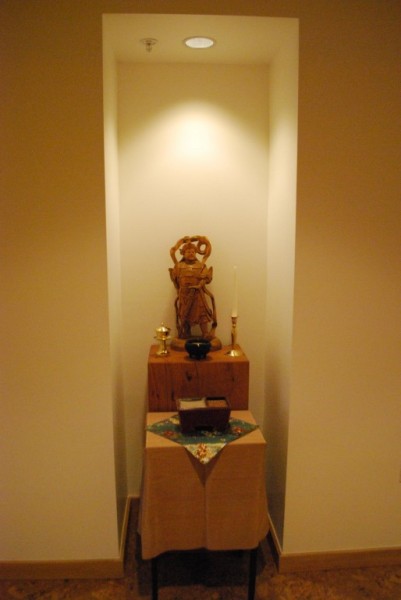 Even with all that has been finished, still some work continues on the project at Green Gulch—finishing the old pool deck area, a significant amount of landscaping, and signage. Throughout the fall, a different kind of construction has been going on as well, one that restores and enhances a living structure—the bed containing Green Gulch Creek, which runs through the property before joining Redwood Creek and emptying into the ocean (see more about the Creek Restoration Project). Construction ended in October, and planting for revegetation is expected to be finished by March.

It is thanks to you, Zen Center’s members, donors and supporters, that we have reached this point of culmination. Your financial support is deeply appreciated—and in fact still needed. There is approximately $35,000 still left to raise to cover the expenses of the renovation and restoration projects at Green Gulch. If you haven’t yet contributed or if you are able to give further, please consider making a donation today to be a part of providing a legacy through which many will continue experiencing the Dharma at Green Gulch Farm.