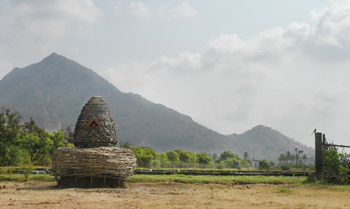 Mother India has drawn people from all over the globe since ancient times. Her abundance brought traders by sea through the spice and silk route. The British sensed her warmth and were reluctant to leave. Today, despite the over-crowded population, poverty, filth, and corruption, why do people from around the globe still want to be there?

A tradition and culture nurtured and woven together, steeped in spirituality, beams in the hearts and eyes of the people. Many faiths, many beliefs, and religions, many languages, many colors, tastes, and aromas, many forms of art – India holds it all. What is it that, in spite of the barriers of conditioned existence, holds people together in brotherhood?

Come explore with us this mystic land as seen through both the Western and Eastern perspectives. In the words of Rabindranath Tagore in his Nobel Prize acceptance speech in Stockholm in 1913:

David Chadwick came to San Francisco Zen Center in 1966 and was ordained as a priest by Shunryu Suzuki in 1971. He published a biography, Crooked Cucumber, and vignettes on Suzuki Roshi and continues to work on preserving Suzuki Roshi’s lectures and people’s memories of him, which was what he worked on during his visit to India. For more on David and his projects, see his web site.

Peter Oppenheimer is a teacher, psychotherapist, and community activist who for the past ten years has been dividing his time equally between South India and Northern California. After graduating from Stanford in 1969, he traveled to India and stumbled upon a traditional Indian Guru with whom he traveled consistently for five years and studied with on and off for nearly 30 years. He has written two books on the impact of his exposure to the culture and wisdom tradition of India on his life and livelihood in the US. He is currently working on a DVD of slide shows about several alternative communities in South India devoted to education, environmentalism, spirituality, recreation, and art. 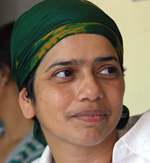 Shindo Gita Gayatri started spiritual practice at an early age with an Indian Master, Guru Nitya Chaitanya Yati. After his death, and a five-year walkabout in the Himalayas, she strayed into the San Francisco Zen Center in 2004 and ordained as a Zen priest with Abbot Ryushin Paul Haller at Tassajara in Dec 2009. She presently lives and works at SFZC’s City Center.