Branching Streams, a network of over seventy Zen Centers and sanghas in the Shunryu Suzuki Roshi lineage, hosted biannual conferences prior to the Covid pandemic. The last conference was hosted by Milwaukee Zen Center in 2019. During the last two years the group had several “mini-conferences” via Zoom to maintain connections. It was very joyful to meet again in person April 25 – 29 at spacious Ancient Yoga Center near Austin, Texas.

The conference was hosted by Austin Zen Center. There were 40 participants from 20 Branching Streams sanghas from all corners of the U.S., Vancouver, and Berlin. The Conference theme, Healing Relationships, was intended to provide opportunities to connect with ourselves, one another, and our planet after two challenging years. A program committee of seven sangha leaders met monthly for nearly a year to plan the program, and a local committee of Austin Zen Center staff and members worked on the logistics.

Several attendees wrote about the conference in their recent sangha newsletters.

Eden Kevin Heffernan, leader of the Richmond, VA Zen Group, noted, “In addition to spending time with old and new friends from other Zen sanghas in our Suzuki Roshi lineage, the program included three powerful workshops: Healing Circles, introduced by Jaune Evans, The Work That Reconnects led by Stephanie Kaza, and From Deep Places, a writing workshop with Naomi Shihab Nye. We learned a lot and were vivified by everyone who attended.” 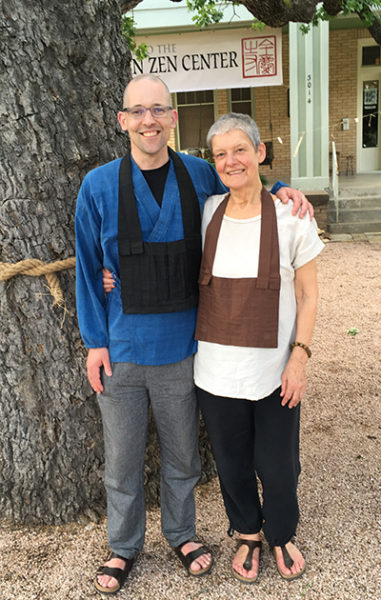 Upon returning to Brattleboro, Vermont, Hakusho Ostlund wrote: “Other than the heart-to-heart connections, what was moving to me was to get to experience how many others are making efforts such as ours, establishing and caring for a community of Zen practitioners, training in forms and ceremonies, and extending practice and care beyond the realms of the temple. Though all Sanghas faced unique challenges during the pandemic (several lost their physical meeting spaces), my sense was of a vitality of practice as new and creative ways for practicing together have emerged.”

Reirin Gumbel, guiding teacher of Milwaukee Zen Center, wrote: “This year’s theme, Healing Relationships, seemed to be poignant for our time of enforced separation and estrangement on many levels. The Branching Streams program committee and the Austin Zen Center local logistics committee had been spending many hours over the last two years to finally come together again in person and enjoy live workshops that were heartwarming, enlightening and fun, and to experience the intimacy of sangha again every morning and evening during zazen and service.”

Inryu Ponce-Barger, guiding teacher of All Beings Zen Center in Washington, DC compiled a Gatha from words of participants, which she read during the closing portion of the conference.

May we together with All Beings
Cultivate broad view
Reaffirm connection
Remember the beauty of the sound we make together
Look after our new friends and old friends
Keep the vitality we feel
and be encouraged for the benefit of All Beings in the Ten Directions. 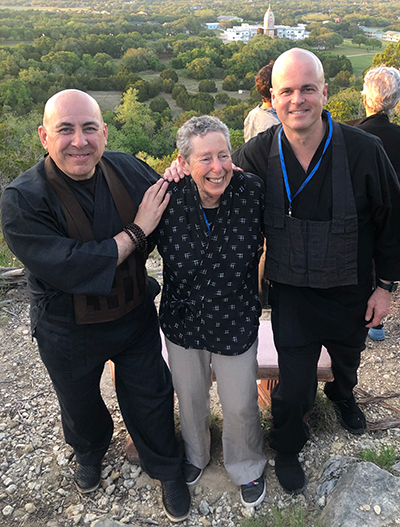