January 31, 2022
Where There Is Some Limitation, There Is Universality: Awakening the Archive, Tape 9
Arts & Culture | Features | Zen Practice

To listen to this talk, “Where There Is Some Limitation, There Is Universality,” see the Suzuki Roshi Audio Archive where it is listed on the right side.

This talk was given by Suzuki Roshi at Sokoji on Friday, February 18, 1966. 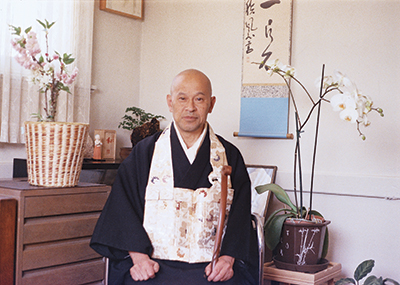 This talk is found on the same reel as the one previously discussed, “Tokusan and the Old Lady,” along with two other tracks that are also basically inaudible due to bleed-through of extraneous noises in the recording, and which have not previously been released. This one track, however, is clear, and yet for some reason, no transcript existed for it, even though the box for the reel states that tracks had been transcribed. We can assume that this talk is most likely from the February 1966 sesshin, and Suzuki Roshi speaks about practice in ways that reflect his other sesshin talks around this time.

Overall, this talk is more or less a commentary on the lines from the “Sandokai” (by Sekito Kisen) that he quotes at the beginning—the interpenetration of light and dark, where dark represents the absolute, and light the relative. The bright and the dark always co-exist, and we should not mix them up or confuse them. He stresses, as he does in other talks from this time, that universality is not just an idea, and that we find the value of each thing as we encounter it—but only insofar as we can do it mindfully. Suzuki Roshi also drops in a quote from Dogen’s Tenzo Kyokun (which Dogen himself borrowed from an older story from Chinese Zen) about putting things in their rightful place, so that their value can be appreciated.

Suzuki Roshi emphasizes several times the real value of each thing (as Sekito put it in the “Sandokai,” “Each and every thing has its merit, expressed according to function and place”) and compares this with our notions of “exchange value.” Interestingly, the only other times he used this latter phrase were in the extended series of lectures he gave on the “Sandokai” at Tassajara in the summer of 1970, which were turned into the book Branching Streams Flow in the Darkness.

When we can act in the world, clear about the interplay of the relative and the absolute, understanding the real value of everything, treating things—and ways of thought, even religions as he posits towards the end—with “deep consideration,” we are not separating our practice from the rest of our life:

“So we do not try to escape from this world, this phenomenal world, to some special world. We should find out the true meaning of life in our everyday life. That is our way. If you understand this point, there is no difference between your Zen practice and everyday life.” (4:58)

The closing paragraph is a lovely evocation of the power of Zen students; when practitioners move—moment by moment with manifest calmness as things happen at great speed—through this world that the “Sandokai” speaks of, there is an expression of power, a full expression of each moment: “Each point should be Zen.”