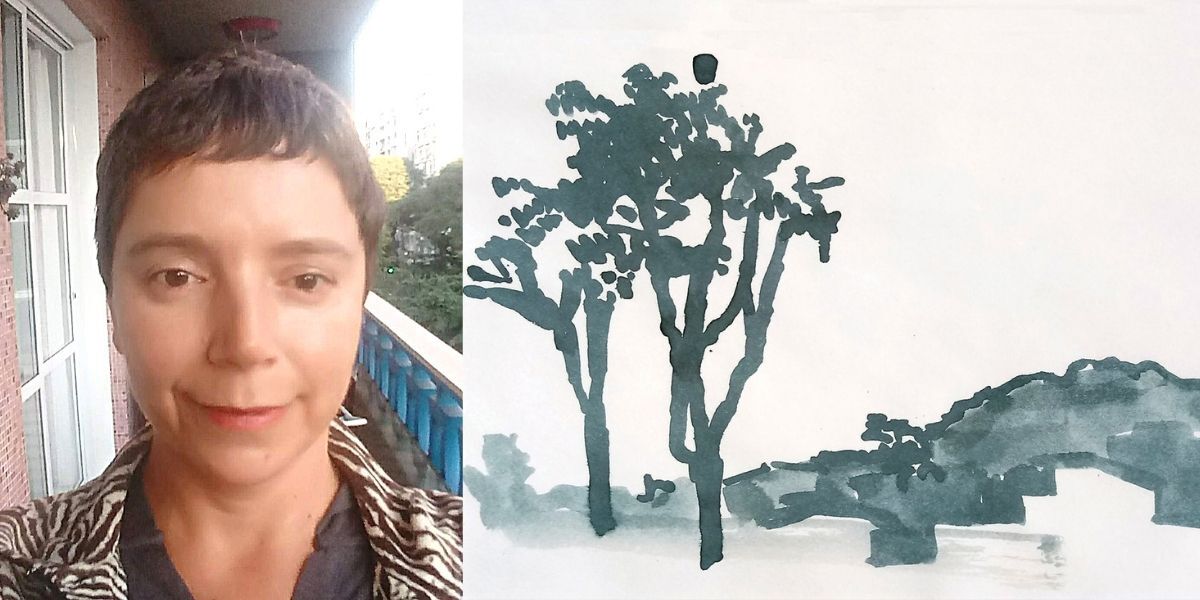 Engetsu Genki Lefevre is a Brazilian Zen student and artist who first came to San Francisco Zen Center in 2013. She practiced both at City Center and Tassajara. At the beginning of 2020, after a year as the City Center Ino (head of the zendo), she returned to Brazil to visit family and friends.

When the pandemic began, Engetsu was in the historic small city of Pirenopolis. She had gone there to do an art residency and had a ticket to return to San Francisco Zen Center on April 7, 2020. Due to the pandemic she was unable to leave Brazil. She stayed in Pirenopolis for six months, finding ways to connect with San Francisco Zen Center by Zoom. She thought she would be able to return in July, then September, then in 2021; due to the pandemic, this was not possible. There was a second wave of Covid-19 cases in Brazil in April 2021, with 3,000 deaths every day.

Living in Pirenopolis “felt like living in a self-monastery.” She spent time cooking new recipes, drawing, and swimming in a river and working on her blog. After six months she felt it was time to go to Sao Paulo to be closer to her family. She couldn’t return to the U.S.; people still cannot fly from Brazil to the U.S.

What has helped her get through this difficult time is zazen, therapy, and working on her blog. Her spirits are lifting. “My Zen practice is to see what is in front of me.” She sits with a sangha in Sao Paulo and tries to connect with morning zazen at City Center. She enjoys seeing the faces of those she knows.

When she was living at Tassajara, Engetsu got the idea for her blog, but she couldn’t begin work on it until she moved to City Center and had access to the internet. Her blog is in both English and Portuguese and includes her drawings. She tries to create a bridge between the U.S. and Brazil, and between what is inside and outside the temple. The name of her blog, Entre Zen, has two meanings in Portuguese; entre means “to enter” and “in between.”

Engetsu’s Buddhist practice began when she attended a Zen and Yoga retreat in Brazil many years ago. Her love of artwork has been connected to her Buddhist practice from the beginning. She realized that her body after meditation and yoga felt similar to how it feels when she is drawing. She began offering one-day sittings and other zazen and drawing events. She calls these events “Zazenhos” combining the words ”zazen” and “desenhos,” which means “drawing” in Portuguese.

For these events, she uses meditative exercises from Betty Edwards’ Drawing on the Right Side of the Brain. In order to make this practice widely available, It is offered in public open spaces in Sao Paulo. One of these events was offered online for the first time, in Portuguese, through advertisements on social media. This will be followed up with one in English on Saturday, September 25, 2 – 4 PDT.

Engetsu is also creating Zencounters once a month, in which she brings up topics related to Zen and has a conversation with a colleague or a friend in Brazil or the U.S. She records the conversations and uploads them on YouTube, with subtitles. Her first Zencounter was with an Aikido teacher, José Bueno, who is also an artist and a social architect. On YouTube, it is available as a 40 second teaser and as the full 20 minute talk. 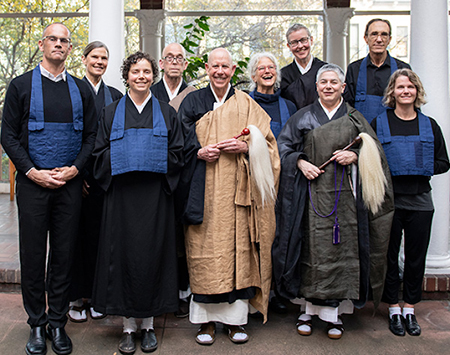 When the U.S. consulate in Sao Paolo reopens so that she can apply for a visa, she plans to return to SFZC; hopefully in 2022. Meanwhile she is embodying her Dharma name, Engetsu – complete moon, given to her by her first teacher in Brazil, and Genki – reveal joy, given to her by SFZC Abbot Ed Sattizahn.

In her April 1, 2021 blog post, she asked “What is it like to live a Zen life? Inside or outside the monastery? How do we stay alive, being creative at that hard moment?” And replies, “We are alive! This blog is the answer I am giving at the moment, welcome on board!”