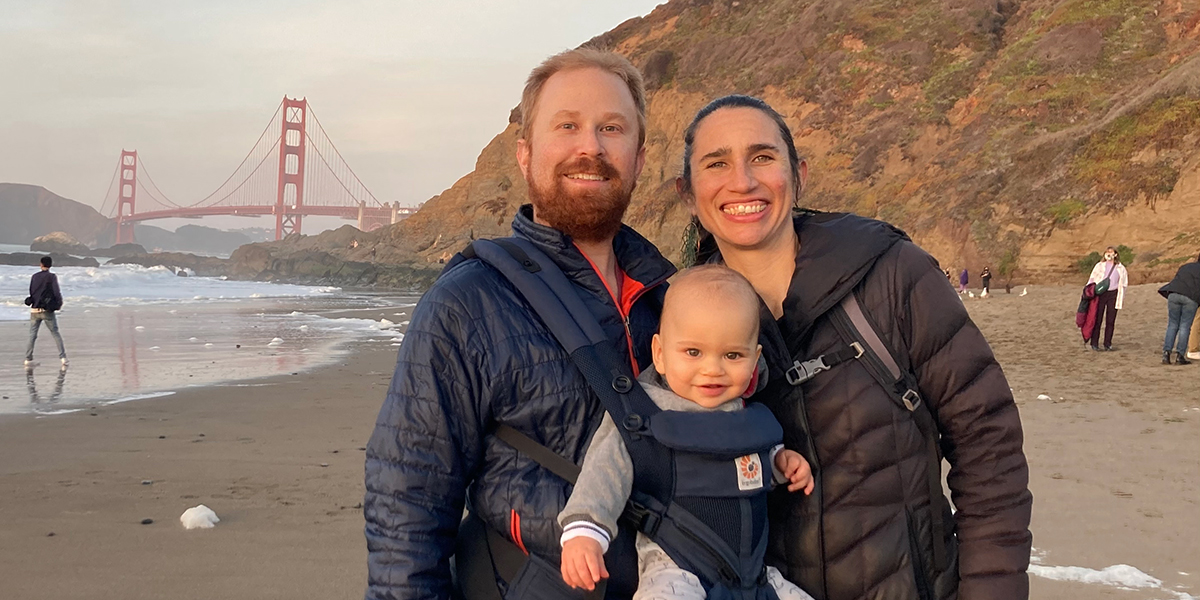 Dan Belsky, San Francisco Zen Center’s Operations and IT Director, has been working with websites since he was a teenager. His first website, inspired by his passion for inline skating and skateboarding, enabled users to find all the skateparks in the Washington, D.C. area where he lived.

Dan has been around computers most of his life. He learned from his older brother, who was making websites in his high school years, and from a book for beginners. Dan’s father got the family a computer in 1988 when Dan was six years old. Dan wrote papers on it in elementary school.

Dan first came to SFZC when he spent the summer at Tassajara in 2009. He then lived at Green Gulch Farm for a year, returned to Tassajara for two years, and spent a year at City Center as the temple work leader. Dan received lay initiation from Eijun Linda Cutts who gave him the Dharma name Kishi Koshin / Joyful Lion, Boundless Heart.

Dan left SFZC to pursue his master’s degree in secondary education at Mills College and began student teaching in Oakland, where he taught Math and Computer Science for four years. During that time Dan married. When his wife Beth became pregnant, he realized that continuing as a middle school teacher would not be sustainable for him as a new father.

He was invited back to SFZC in 2019 to be the Operations Manager. Soon after, he took on the responsibility of the IT Director as well, as there was much crossover between the two positions. Dan’s role as Operations and IT Director includes managing a wide range of operations including the website, Salesforce, the online store, and the online registration system. He also manages all the Cloud applications, including Gmail, Zoom, Asana, and Slack—applications used at SFZC every day.

Dan appreciates technology, how it keeps things organized, and makes some things simpler. It also extends access to San Francisco Zen Center’s programs and brings down some barriers to inclusion due to geographical distance or physical ability. He enjoys working with many people he has known since he was a Zen Center resident. “Having those deep, established relationships helps us work better. Trust in one another has been established and contributes to a nourishing work culture,” Dan said. “I can get a lot done and be open with the people I work with, which is a gift.” 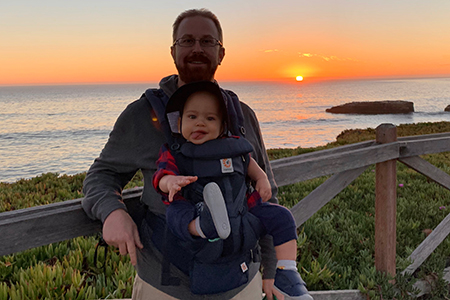 Dan and his family moved to the Washington, D.C. area in April 2021 and live in a house adjacent to his parents’ home. Dan and his wife both work from home and appreciate being able to be with their son Avi, who is now eighteen months old.

A huge thing Dan learned from his years of Zen practice is to be attuned to his emotions, something he didn’t learn as he was growing up. He hopes to raise Avi to be allowed to feel everything he’s feeling and develop language for his inner experience. “It’s not easy to be a parent,” Dan said. “Tassajara life trains you to respond skillfully when you’re exhausted, and to flow with changing conditions.”

While he was living in Oakland, Dan started a weekly sitting group which began meeting on Zoom during the pandemic. He continues to participate from his new home on the East Coast. Our interview ended just in time for the Thursday meeting of the group.

If you’re inspired by Dan’s story to experience residential practice at SFZC, consider applying to be a Guest Student at Green Gulch Farm or City Center or being a Practice Period Resident (on the Calendar page, choose “Practice Periods” as Event Type and click Apply).