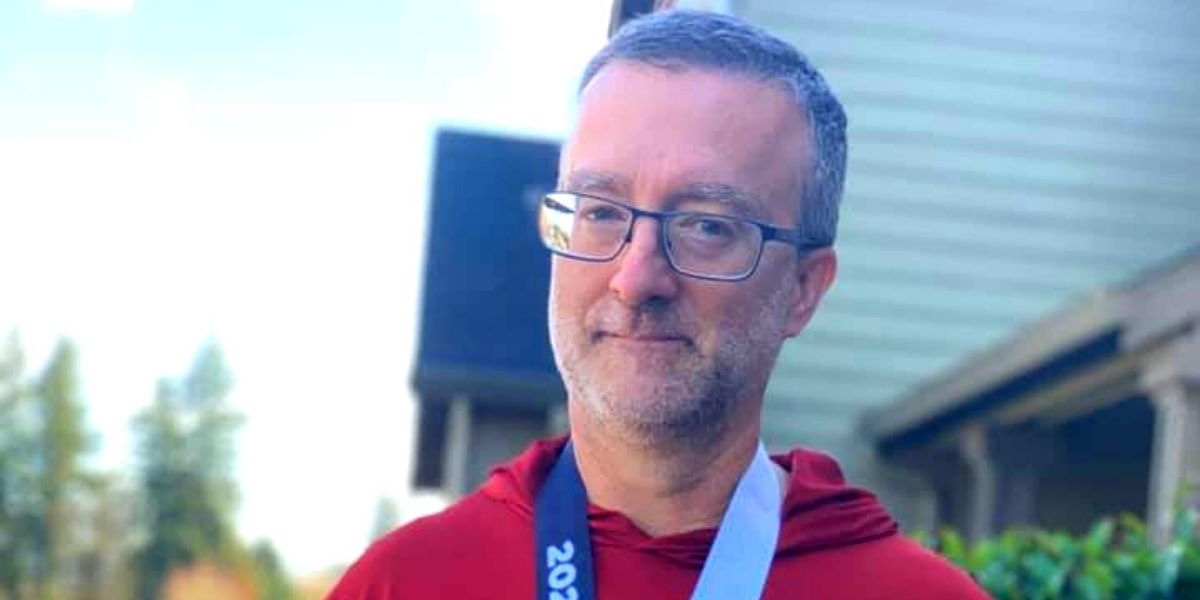 I started meditating in February of 1996. My mother suggested it, not for the first time, and handed me her well-worn copy of Thich Nhat Hanh’s The Miracle of Mindfulness. From the beginning, I resonated deeply with what I felt to be a humane and practical way to live a human life.

A couple of years later, I moved to San Francisco and heard about the San Francisco Zen Center. I attended a Saturday morning Dharma talk by Ryushin Paul Haller on the topic “Every Day is a Good Day.” The talk, and his presence, and the loveliness of people sitting together in silence was moving. Sitting twice daily at home was helpful, but the many practice aids offered by SFZC—from sesshin to classes to practice discussion—helped me immeasurably to deepen my practice.

Over time, I connected with an awake, luminous, serene presence within me that has an inexhaustible capacity to hold and heal the storm of emotions that arise. It is never overwhelmed, even by the intensity of feeling overwhelmed. It has instilled a confidence that even in itself gives thoughts and emotions much less fertile ground to grow and persist. I might say that in impermanence I have found not anxiety but freedom.

A little over a decade ago, I went back to school to become a Nurse Practitioner. Medicine puts me face-to-face with all manner of human suffering and it can be a challenge to take care of feelings of burnout, detachment, and despair. But a combination of long-standing interests and Buddhist encouragement to help others drew me in that direction.

The global SARS-CoV-2 pandemic has added a whole new level of intensity to an already intense profession. In addition to the risks of taking care of those who have a deadly new disease, there is the rich and messy realm of human psychology to deal with: fear, distrust, denial, despair, confusion about what is true and what is not.

Many of those who become ill did not take proper precautions, and within the last few months chose not to get vaccinated because of beliefs that it was not safe, or effective, or might be a malicious attempt by government and industry to rob people of their privacy and autonomy. If this is your understanding, then of course getting vaccinated is something to avoid.

For a while, the tide seemed to be turning, as the incidence of vaccination increased, and the virus seemed to be on the decline. Things opened up. Even my clinic gradually decreased restrictions and eased some protocols. We all knew about the Delta variant and watched with concern and horror as it ravaged India and inevitably spread throughout the world, challenging hopes that the worst might be behind us.

Recently, I had to send someone to the hospital via EMS, where they wound up intubated in the ICU, fighting for their life. The following day we were hit by a tsunami of sick patients, worried they might have the new strain, and we scrambled to accommodate them all. One of the challenges from the beginning is that the test we have has a significant false-negative rate—as high as 30%—so a negative test does not provide enough assurance that someone does not have Covid-19. The uncertainty inherent to this pandemic is among the greatest challenges for us all.

For many, the “human factor” is exasperating, to say the least. And while healthcare workers are protected by the vaccine, the risks are never zero and there is the renewed stress, at a time of exhaustion, of facing another deluge of sickness and death that was largely preventable in theory. 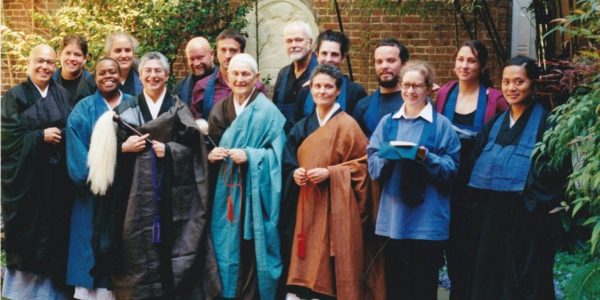 Jukai/Lay Initiation at City Center in 2005; Josh is 7th from the left, just behind Zenkei Blanche Hartman. Photo © Renshin Bunce

The act of acceptance that Buddha-mind offers extends well beyond my private mental experience. Many people I have cared for during this pandemic have made poor choices about their health. In my experience, the majority of us make poor decisions about our well-being and our life in general. This is the human condition. But Zen practice has given me a great capacity for unconditional love, compassion, and concern that I know to be the most powerful force in human existence. It is so freeing, really—to feel judgment and anger about the behavior of myself and others, but to give it no purchase, and to be able to dwell instead in goodwill and to focus on taking care of everyone, without exception.

In being present in the midst of suffering, I find meaning and joy. I am forever grateful to Shakyamuni Buddha, and I hope to spread the gift he offered the world to every being I meet. I cannot always heal the sick, but I can love them. It is enough.

Joshua Sandeman has been practicing Zen since 1996 after his mother gave him Thich Nhat Hanh’s book, The Miracle of Mindfulness. He lived and practiced at SFZC from 2001-2003. He now works as an advanced practice nurse in Salem, Oregon where he lives with his wife and two children. Joshua sits at home daily and sometimes participates in online offerings from SFZC. His Dharma name is Ban Nyo Sho Shin / Myriad Things Suchness Beginner’s Mind.

If you’re inspired by Josh’s story to experience residential practice at City Center, consider applying to be a Guest Student or Practice Period Resident.