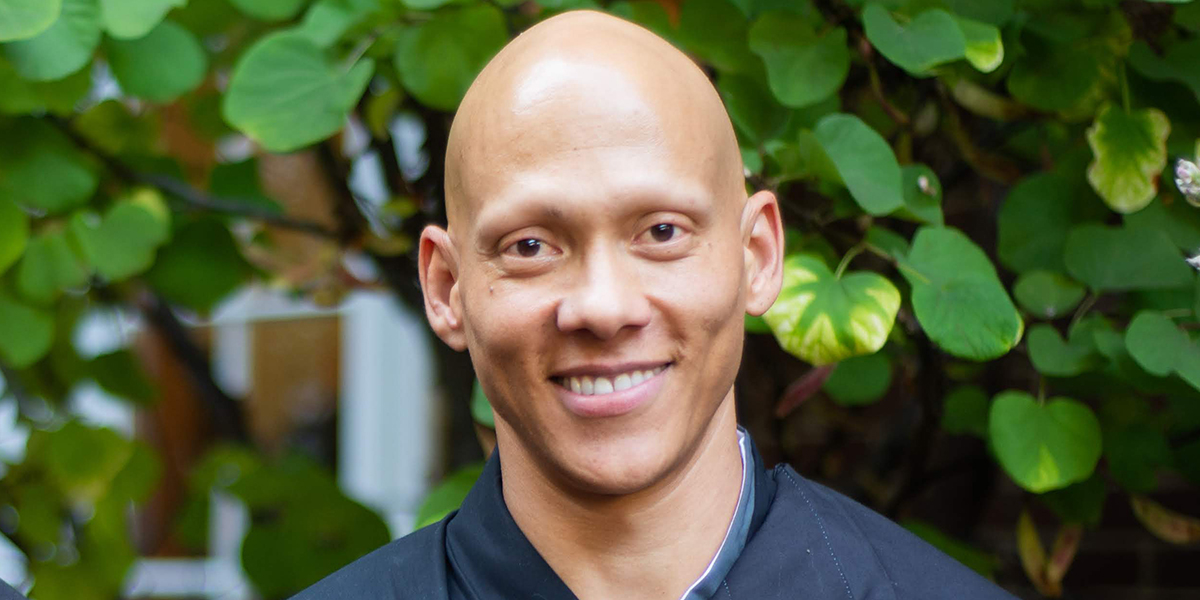 Eli Brown-Stevenson, a San Francisco Zen Center priest ordained by Central Abbot Ed Sattizahn, became SFZC’s Corporate Secretary in January 2021. In this interview he spoke of what prepared him to take on this leadership role and what he is learning as Secretary.

Prior to coming to Tassajara with his wife Catherine (Cat) Stevenson in the summer of 2012, the couple had been living in Phoenix where Eli had worked in management positions in different sectors including for-profit education and new home construction. His years of interfacing with the cosmopolitan world, as well as his education in business, helped prepare Eli for his roles at SFZC.

Eli’s experience as Director of Work Practice exposed him to the complexities of SFZC’s organizational structure and policies. Because he participated in high level Zen Center committees, Eli has gotten to know those in leadership roles at all three temples

The SFZC Board invited Eli to become a member in 2016. As a Board member he gained an understanding of the role of the Board and the function of Board committees. This makes it easier for him to take notes at Board meetings now. “I’ve been well trained for the Secretary position,” he commented. “I have been behind the scenes enough that I don’t feel so new as an officer.”

Eli loves to know how things work, and how things came to be the way they are at SFZC. The Secretary is the keeper of SFZC’s archives and this gives Eli “a full pass to look around at things, such as how certain committees were formed.”

The role of Secretary includes a number of projects. Eli finds it satisfying to see a project through from start to finish. He worked with the other SFZC officers and two residents to draft SFZC’s recent “Zensus.” This survey had two purposes: to learn how residents feel about their life and practice at SFZC and to gather basic demographic information. Eli worked on a follow-up report which was distributed and discussed at an all-temple meeting and with the SFZC Board. The plan is to repeat the Zensus annually which will give leadership a better pulse on residential life. This can be useful for visioning processes.

Eli also organized the petition for SFZC’s vocational school to gain certification with the Department of Homeland Security so that international students will be able to train at SFZC.

As a priest, Eli’s intention is deep listening, listening with openness. Before taking on the role of Secretary, “I was listening with an angle, from my own perspective. Now I am the recorder for many committees, and I see my role as providing institutional memory for the next generation. I have to hear accurately, hear all opinions and document them.”

“Being part of SFZC’s leadership is exciting at this time,” says Eli, “as it’s a time of generational change. Attending Officers and Directors meetings is very engaging. I’m involved in decision-making about many key things.” He perceives that as a privilege.

Eli has been involved in SFZC’s DEIA (Diversity, Equity, Inclusion, and Accessibility) efforts since 2015 through membership in the Central DEIA Committee and its prior iterations. He notes that progression in leadership roles as a person of color in any organization has additional challenges and complexities, especially when it comes to residential training. 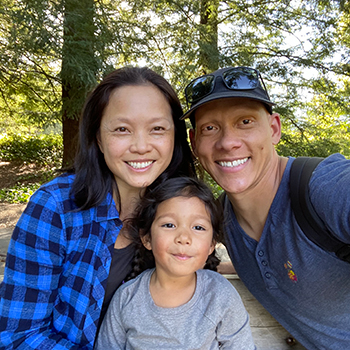 There are many ways in which Eli feels supported in his new role. He has developed many good relationships with senior SFZC teachers, especially his teacher Central Abbot Ed Sattzahn, who are experienced in Zen Center administration. He also has teachers and mentors outside SFZC, such as Mushim Ikeda and Juan Lopez. He feels supported by participating in the Central DEIA Committee as he sees movement in this area. Eli’s sister the Rt. Rev. Shannon MacVean-Brown, the Episcopal Bishop of Vermont, is increasingly a friend and support to Eli.

Cat and Eli became parents four years ago and have raised their daughter Maya at City Center. Eli described it as “being raised into parenthood” when referring to his training at SFZC prior to Maya’s birth. Zen practice helped him develop patience and the palette of beginner’s mind to help him meet the challenges of child-raising—particularly responding to the deep questions Maya asks him.