July 12, 2021
When You Greet Me I Bow: Interview with Cynthia Schrager
Arts & Culture | Features | Zen Practice 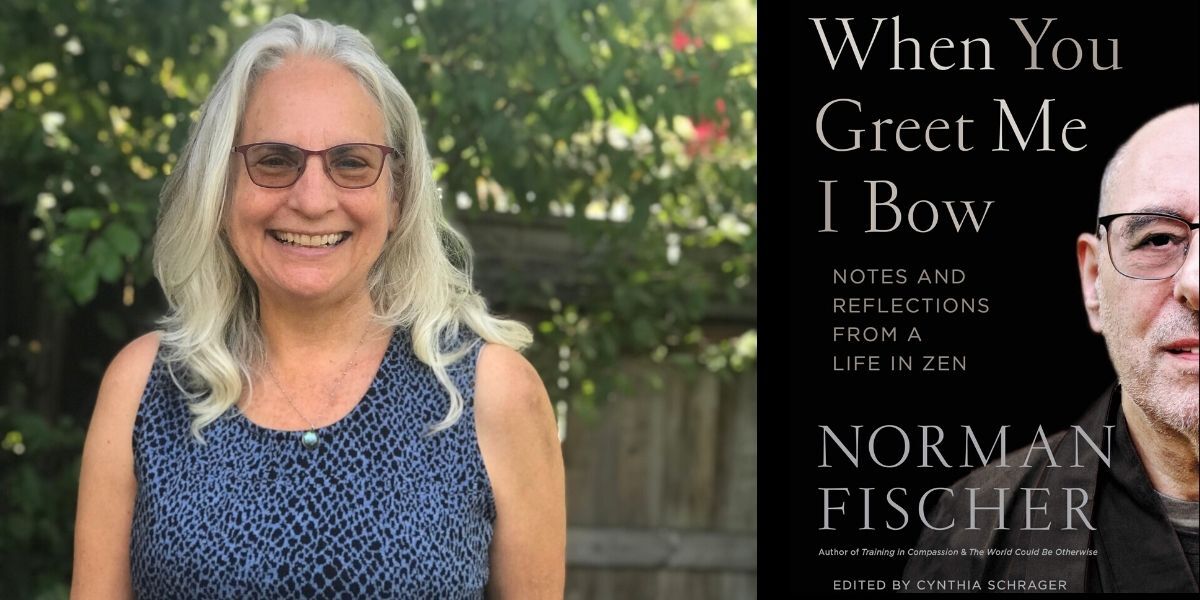 In response to the Shambhala editor’s request for some new writing from Norman, Cynthia thought of asking Norman to write notes that would precede each section and tie together the essays. As some were written as long as thirty years ago; this gave Norman an opportunity to comment on how his views have changed over the years.

Cynthia has a PhD in English. It was a pleasure for her to organize the essays. “I was able to use my literary mind to think about the connections between essays and the questions they raised. I was surprised about how much consistency there was in Norman’s thinking over thirty years.” One of the earliest essays Norman wrote, “Buddhism, Racism, and Jazz,” is still relevant.

“Norman is unusual in the breadth of his thinking,” says Cynthia. The essays are wide-ranging, dealing with topics from the loss of close relationships to climate change and racism. She appreciates how Norman has been able to move between different cultural references, drawing on his knowledge of the Greek classics, American literature, and of the Old Testament as well as Buddhist teachings.

This was Cynthia’s first experience of editing a book and of seeing a book produced from beginning to end, working with a publisher, choosing a cover image, a title, reading page proofs, weighing in on the design of the book.

It was an honor for Cynthia to work with her teacher, and to be able to assist with making his teaching available to a wider audience. She sees the relevance of her Dharma name to the work she has done on When You Greet Me I Bow. The name she was given by Norman and her preceptor Susan Moon when she received jukai in 2014 is Ryu Sho/Dragon Voice, Sho En/True Connection. Dragon Voice relates to powerful expression, and True Connection to broadening the circle of Norman’s teaching.

Norman will be giving the Green Gulch Farm online Dharma talk at 10 am on Sunday, June 27. He has given several online talks to launch his new book. Cynthia shared a fifteen-minute video they made that’s posted on the Shambhala website as well as two longer recordings from bookstore events she and Norman presented together: Elliot Bay Book company in Seattle and Northshire Books Vermont.