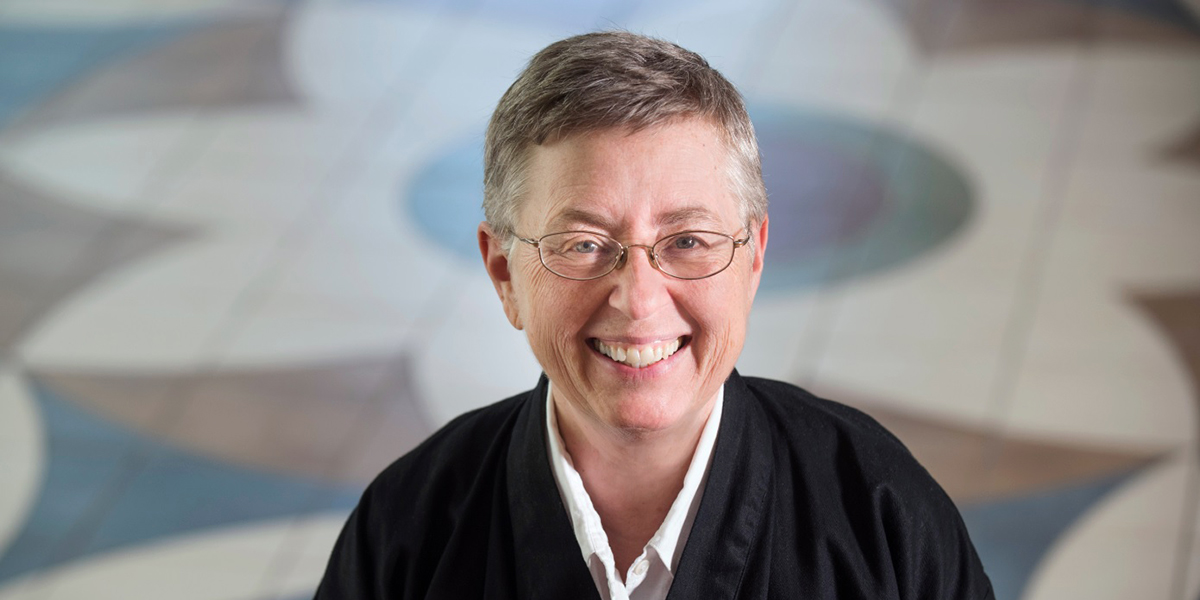 A December 2020 review in the New York Times by A.O. Scott describes Soul as “an inventive tale starring Jamie Foxx as a jazz musician caught in a world that human souls pass through on their way into and out of life, Soul tackles some of the questions that many of us have been losing sleep over since childhood. Why do I exist? What’s the point of being alive? What comes after? It’s rare for any movie, let alone an all-ages cartoon, to venture into such deep and potentially scary metaphysical territory.”

About four years ago Daijaku received a call in her office from Pixar asking if she would consult with them about a movie. They wouldn’t say how they found her or what the movie was about. When she visited Pixar in Emeryville, CA, she was invited into a large room with a storyboard on the wall. Peter Docker, the film’s director, and four or five other people were there. She found the staff humble, kind, gentle, welcoming, and really curious. They wanted to know about what Buddhist beliefs are concerning what happens after death. They were speaking with people from different faith traditions about this. The movie was still in the early stages of conception.

Daijaku herself is curious about what happens after death; it’s a complex subject. In Soto Zen there are many rituals that may indicate that something continues after death. After the recent death of Daijaku’s teacher, Sojun Mel Weitsman, she and her partner Shinshu Roberts, also a disciple of Sojun Roshi, performed a daily ritual for 49 days, offering incense and chanting. On their altar is a temporary wooden Ihai with Japanese calligraphy done by Gengo Akiba Roshi, abbot of Kojinan in Oakland and sokan (bishop) of Soto Zen North America. This Ihai is considered to embody Sojun’s spirit. They will install a more elaborate Ihai on the 100th day after Sojun’s death. Though the Zen tradition may indicate that there is no enduring spirit, there can be a sense of a person’s transition over time.

Daijaku appreciates the nuance with which Soul explores the question about what happens after death. She found it “a beautiful story about being human and what it means to be alive.” She said, “The main character, Joe, a jazz musician played by Jamie Foxx, acted selflessly. He was trying to find his way—which was not what he thought it was.” She noted how he reached out to a character who was caught in self-hatred, the corrosiveness and pain of a toxic vision of herself. “Joe reached out to her and didn’t give up on her.”

Soul is about transformation. We can be limited by our identity, the self we construct, even if it’s wholesome. Joe wasn’t enjoying his life; he was driven, even though he was giving music to the world, and wasn’t doing any harm. Daijaku wonders, if there were a sequel to the movie, what Joe would do with his life.

An underlying question in Soul is how you come alive again after grief. Daijaku sees this question as relevant now, when many people are experiencing grief and trauma due to Covid-19 and other stressors. She says, “We can be kind, generous, and selfless in the face of uncertainty and loss—that is the meaning of being fully alive.”