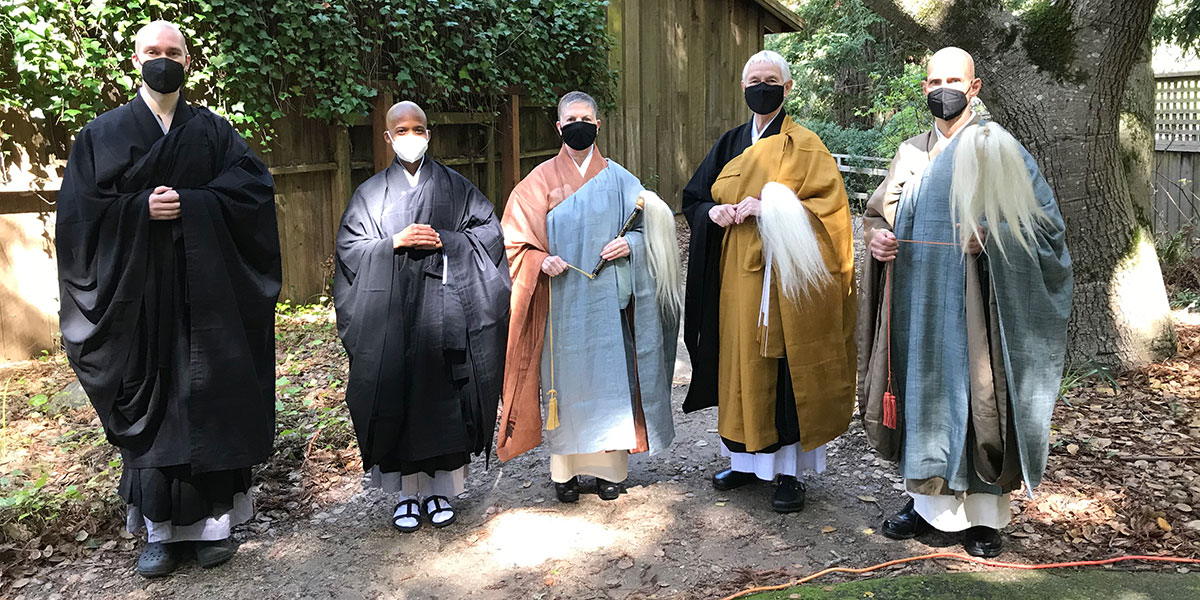 The ceremony was held outdoors, with participants and attendees masked and physically distanced. With the help of microphones and computer cameras, it was shared on Zoom for invited guests. In addition to all the residents of Green Gulch who attended in person, about 70 friends and family members, including several from Europe, participated in the ceremony.

The ceremony was modified and creative solutions were found in order to comply with Covid-19 guidelines. A Buddha hall-like space was created on the pool deck patio with the shoes-off area covered with goza mats. Shrubbery around the edges of the space and taller trees outside created a quiet area with dappled shade and bird calls could be heard. One viewer commented that the Buddha had ordained monks outside in the forest, and this ceremony seemed in keeping with that ancient tradition.

The ceremony began with a procession as the preceptors entered and were seated. Then the initiates, whose heads had been shaved except for a ceremonial “tuft” of hair remaining, entered in their new kimonos and white footwear.

The ceremony is an enactment of “home-leaving and attaining the way,”, setting out anew on the path of practice. The initiates received new names, priest robes, and okesa or Buddha’s robe which they had sewn, as well as oryoki, traditional eating bowls. They received the sixteen Bodhisattva precepts, and agreed to follow them forever. The words of the ordination ceremony state, “You have received Buddha’s precepts and thus all beings have entered Buddhahood. With your new name and clothes, with the lineage of Buddha’s Precepts, you are a child of Buddha, one with all being.”

In her closing words to Kristin and Valerian, Eijun Cutts expressed her appreciation: “The past year has been difficult. All the ways we train together and practice together were not possible. Your deep devotion to how you want to live shines through.” 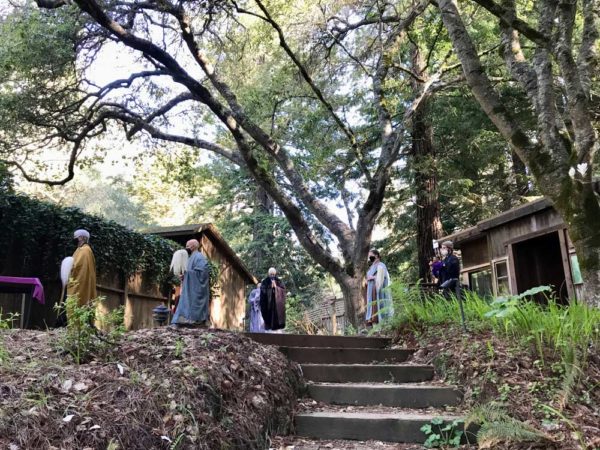 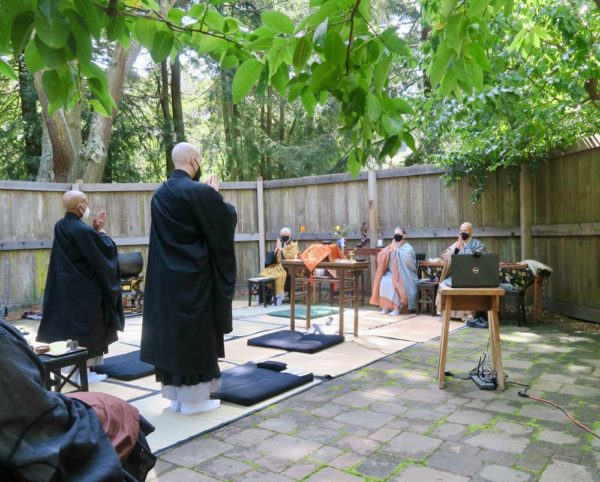 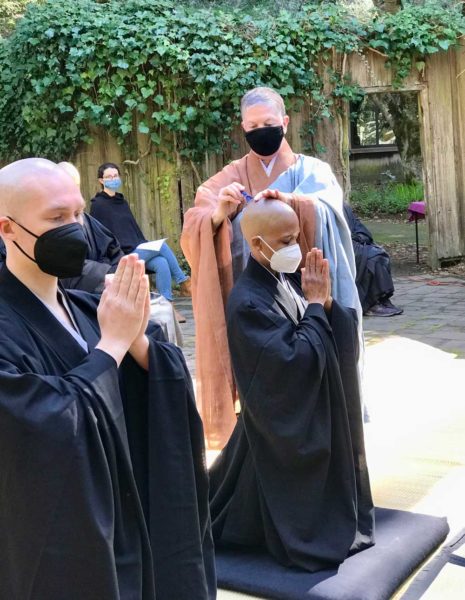 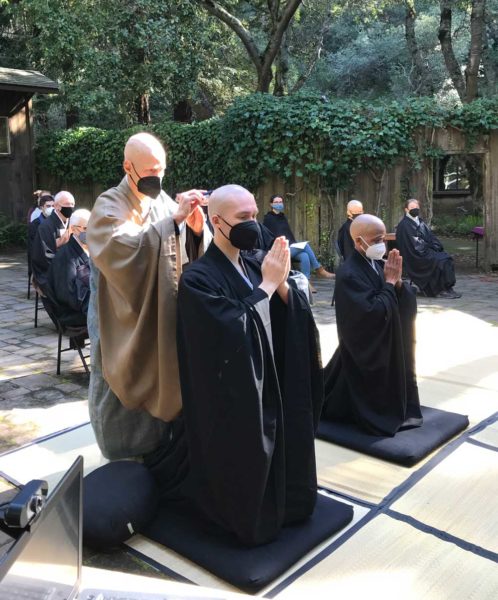 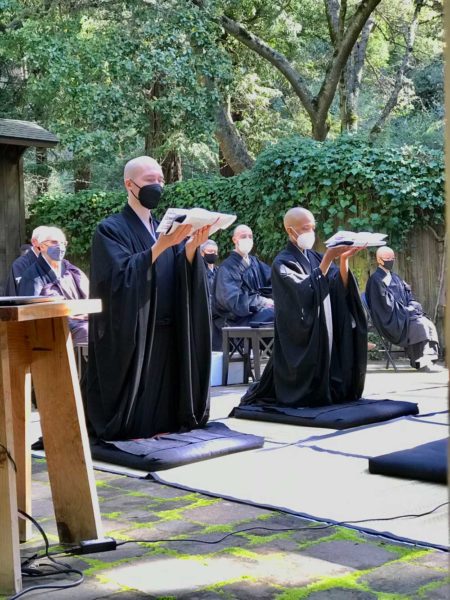 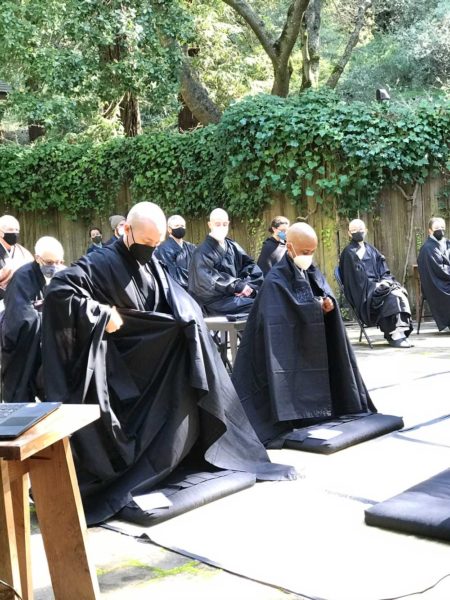