For Paula Pietranera, a resident of San Francisco Zen Center, the pandemic began just as an exhibit of her paper folding art pieces and her sumi-e paintings was about to open at the Japanese Consulate in San Francisco. The exhibit was installed as the doors to the embassy were closing to the public. Paula wondered how to share her art work and connect with people.

“It was a moment when people were struggling so much all over the world”, explains Paula. She has family in Argentina and Spain and was in touch with friends in Japan and other countries. We were all going through this pandemic together.

Paula had the idea of creating a long string of cranes made from a single piece of paper. Each crane would contain a wish. Paula was inspired by the Japanese story that anyone who folds one thousand cranes will have their wish come true. She began to develop the project she calls “1,000 Wishes – 1000 Cranes.” She posted a general invitation via social media for people to send her their wishes.

Every morning she opened her computer and read the new wishes that had arrived. “I was surprised that people I didn’t know were sending deep, personal wishes as well as wishes related to peace and the well-being of others”, she remarked.  Paula numbered each wish and responded to each email, letting people know what number their wish was. She feels the impact of their words even now, months later.Â

Paula encouraged people to write in their own languages and received wishes in 28 languages, including GuaranÃ­, Mongolian, Japanese, Chinese, Korean, Hindi, Hebrew, and Arabic. She wrote each wish on a square of white paper and folded it into a crane connected to all the other cranes in a technique called renzuru. It took eight months, from May to December, to gather all the wishes and fold all the cranes.

Paula became interested in Japanese design and aesthetics during her formative years as an architect in Buenos Aires. She was first introduced to origami at that time. “The combination of geometric simplicity, paper as a medium, and the precision and dexterity needed to create a shape deeply resonated with my spirit,” she commented.

In 2015 Paula lived in Japan, mainly in Kyoto, for six months. While there, she studied with Tomita Mizuho, a renzuru master and teacher. Renzuru uses cranes folded from a single piece of paper in three dimensional patterns on a background.

While Paula herself found the 1,000 Wishes 1,000 Cranes project uplifting, participants expressed gratitude for the opportunity to contribute to something positive in a time of so much loss.

When she finished folding the cranes she thought about what to do with them. She had the idea of creating a huge circular spiral with the string of folded cranes, perhaps three to four feet wide, and considered what to use as a background. The circular shape and the intention of the art piece as an expression of world peace led her to think of Kaz Tanahashi, Buddhist artist, scholar, and peace activist, who paints large circles called ensos, done with a single brush stroke. Tanahashi agreed to paint an enso for her cranes and asked Paula to choose the colors.

Now Paula is considering how to share the completed four-foot square framed piece with the world. She is looking for places where she can show it and tell the story perhaps museums or public spaces. “It has been a long and meaningful journey that gave me the chance to connect with many people from around the world and their wishes and intentions,” she commented.

To see the wishes and learn more about this artwork, visit the 1000 Wishes 1000 Cranes Instagram page. 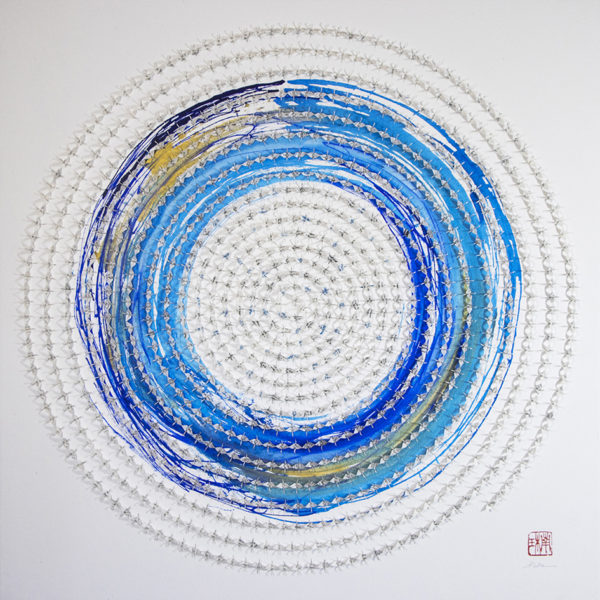 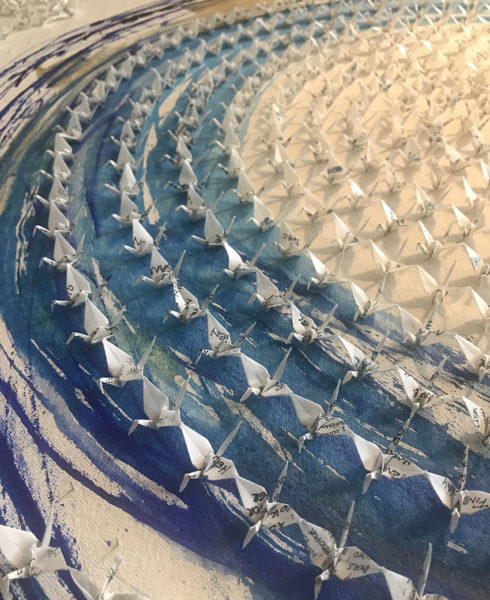 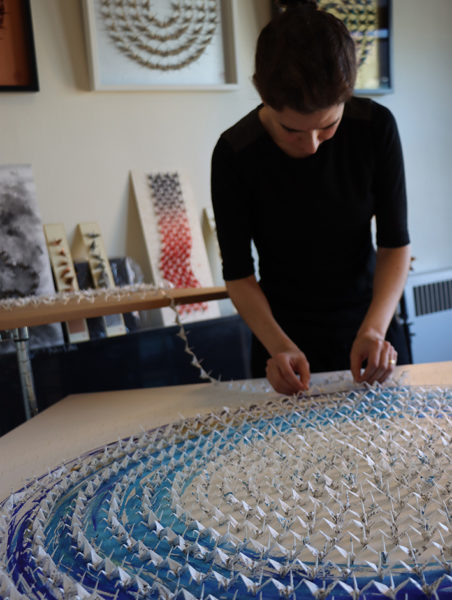 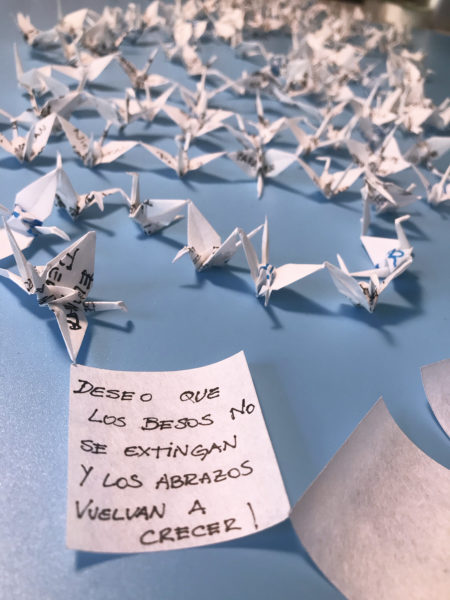 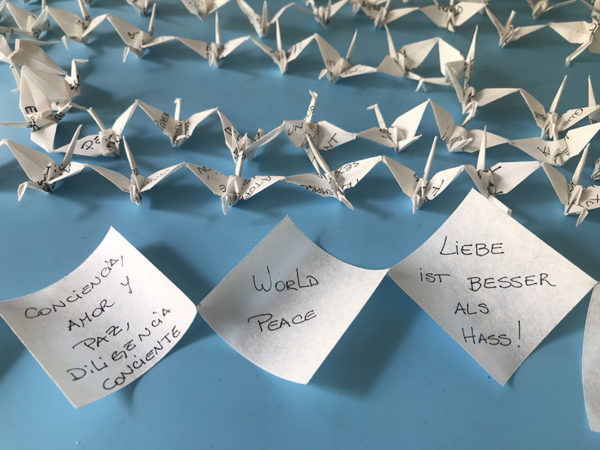 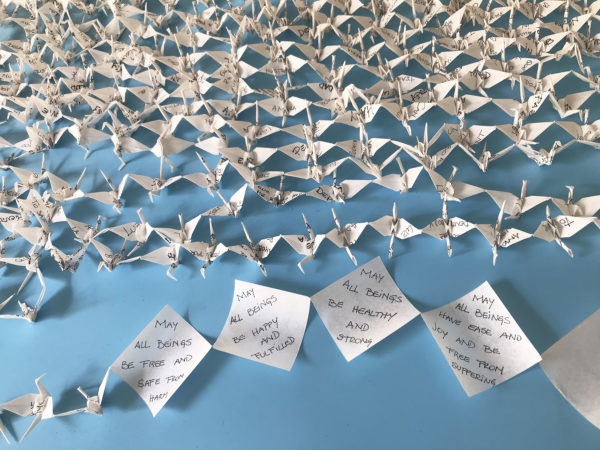 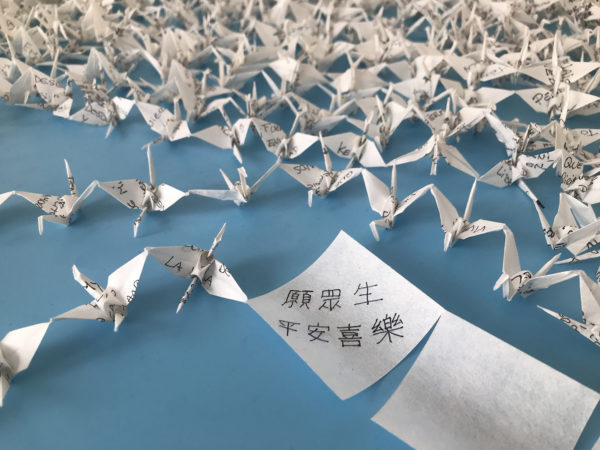