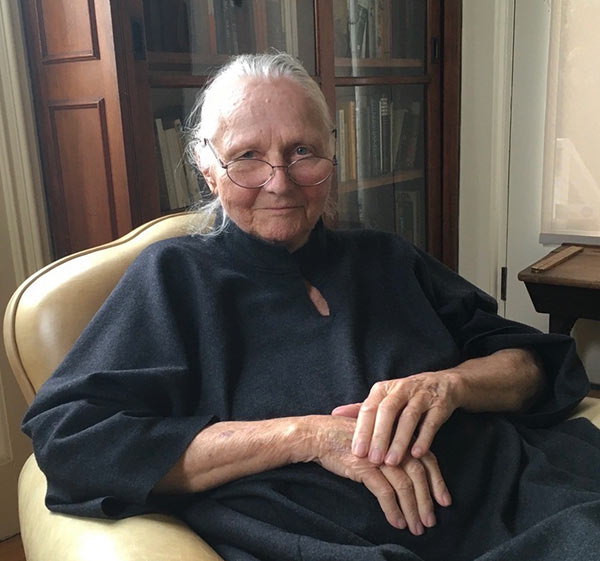 no wind, yet the windbells
keep on ringing
—Kokan Shiren

Yvonne Rand (née Boye), a member of the first generation of American Zen teachers, died on August 19, 2020, shortly before her eighty-fifth birthday. Her life was as rich as it was long, and lived at full intensity. She brought to the world a wide range of gifts and a compassionate mind. 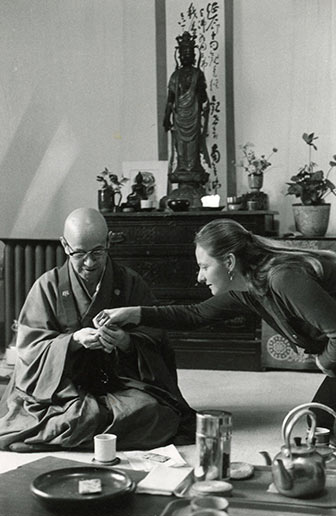 She grew up in California and graduated from Stanford University in 1957, having already turned her attention to Eastern religions. A young, pioneering Yvonne began to study the teachings of the Buddha Dharma in 1954 and soon entered Soto Zen study and practice. She became a close student of Shunryu Suzuki Roshi in 1966, served as his secretary and personal assistant and, with his wife Mitsu Suzuki, cared for him through his dying and death in 1971. She was a founder of the San Francisco Zen Center, was ordained there, served on the board of directors for many years, and continued to practice and teach there for many years, primarily at Green Gulch Farm Zen Center.

She studied with Dainin Katagiri Roshi and received dharma transmission from him in 1989. She renounced formal titles, including roshi, the traditional term for a senior priest and teacher like her, and under her own name signaled her commitment to rooting the dharma in Western soil. She described herself as a lay householder priest, emphasizing the importance of the world of family and daily life in dharma practice. 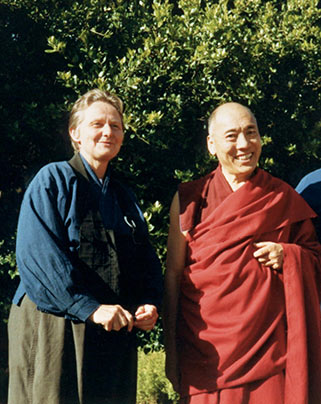 Her profound interest in the Dharma led her to study with notable teachers in various Buddhist traditions, including Rinzai Zen with Maureen Stuart Roshi and Shodo Harada Roshi; Theravadin Buddhism with Ven. Henepola Gunaratana and her friend Achan Sumedho; and the Himalayan Buddhist tradition with His Holiness the Dalai Lama and Tara Tulku Rinpoche. Her extensive work with Tara Tulku Rinpoche led to her active support of the Tibetan Buddhist community in diaspora and to recognition of the deep connections between Vajrayana and Soto Zen insights and practices.

For many years, beginning in 1970, she studied with Harry Kellett Roberts, a widely recognized California native plant specialist trained in the Native American tradition of the Yurok People, who lived with Yvonne’s family in the last several years of his life. An early and enduring dedication to horseback riding had first taught her to be fluidly settled in her seat, mindful and aware in the moment. Rand’s ability to weave together so many strands of teachings carried through her decades of teaching and echoed the diversity of her interests.

Yvonne Rand established a Buddhist practice center in Marin County with a focus on Zen and taught there for many years; she named it Goat-in-the-Road, typical of her vivid sense of humor and her generosity, deriving from her efforts to save young goats destined for an Easter auction. In 2005 she moved Goat-in-the-Road (also known as Bodaiji, Buddha Mind Temple) to Philo, Mendocino County, where she continued to teach and to lead retreats. Throughout her career, she hosted visiting teachers of different schools, and she taught widely throughout the United States, in lectures, workshops, conferences, and retreats.

Rand stayed close and attentive to the natural world. An environmental activist and leader, she served on the early board of The Trust for Public Land from 1974 to 1984, the last five years as board chair, working closely with trailblazing environmentalist Huey Johnson, the Trust’s founder. Her activism extended through both the natural world and the world of social concerns. An avid gardener, she brought plants, animals, clouds and water into her teachings. 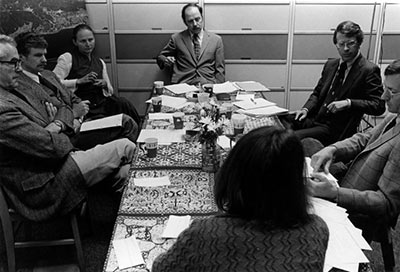 Her creative explorations were wide-ranging, rooted in her long training in weaving and ceramics. Among the directions her creativity took were studies in Noh theater chanting and tea ceremony with Yaeko Nakamura Sensei, and the formation and study of an extensive collection of Tibetan Buddhist art. She was centrally involved in a research program called AWAKE: Art, Buddhism, and the Dimensions of Consciousness. Artists and writers gravitated to her as a teacher, for her understanding of and interest in the arts and the relationship between Buddhist meditation practice and the creative process. Her aesthetic sense permeated everything she did.

Rand focused on “portable” real life practices and emphasized focused observation: “You can’t change what you don’t notice,” she declared. An ongoing and most portable focus was speech as a window to the mind, and the impact it has on others. She shared tools for aiming to be clear and accountable for everything one says, and for, as she said, “studying conditioned mind in service of dismantling conditioned patterns.” While dedicated and intense, she also taught the importance of rest and ease, saying, “One does not enter the field of wisdom unless there is the deeply developed capacity for ease.”

Rand was instrumental in developing a ceremony of remembrance in the West called the Jizo Ceremony (after a Japanese bodhisattva) for children, born and unborn, who have died. This ceremony continues as part of her Dharma legacy, as numerous other Buddhist teachers have taken it up. Her understanding of the inseparability of life and death led her to sit with and tend people in end-of-life care over many decades, with the same attentiveness she brought to all her encounters. She also taught and counseled extensively both professional and volunteer caregivers working with the terminally ill. 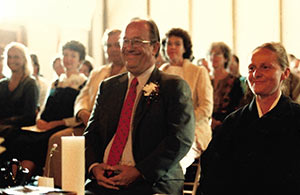 Yvonne was married for four decades to William Wallace Sterling, who predeceased her by nine months. Bill was an attorney, a classics scholar, an amateur ornithologist and botanist, and a Buddhist practitioner. He served on the board of Tibet House in New York and on the board of the International Committee of Lawyers for Tibet, and he joined her in welcoming and nurturing a stream of guests from all over the world. Together they founded the Callipeplon Society, a nonprofit organization created initially to provide support to Lama Anagarika Govinda and his wife Li Gotami. The Society later centered its efforts on widening the understanding of Buddhism in the United States and on adapting traditional Buddhist teachings for the lives of lay practitioners. 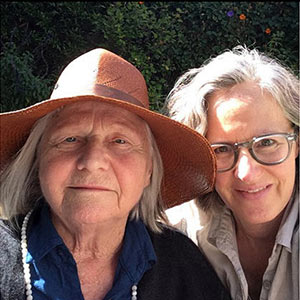 Yvonne leaves two children, Christopher and Hilary Rand. Also Christopher’s wife Francesca Stauffacher and her daughter Isabella Bertaud; Hilary’s partner Helen Berggruen; and Bill’s two children, Alinor and Maury Sterling. An earlier marriage to Kendrick Rand, father of her two children, ended in divorce in 1968. She also leaves many devoted students and friends, and a legacy of abiding connection with them. She was a teacher, friend, and mother who looked so openly and closely at the people in her life that they felt most deeply seen.

In her last years, she gradually became ill with Alzheimer’s disease. She was open about her progressive condition and was able to continue teaching, not despite but with it, taking it into account. As her losses became more apparent, a student noted that she had never witnessed her reacting with frustration or self-criticism to her diminishing capabilities. When asked about this, even in advanced Alzheimer’s, she observed with clarity, “I am in the moment as it arises.” The day before she died, she said, “No form—we just say thank you.” A strong and fearless explorer, Yvonne Rand had unwavering curiosity and force of spirit and a steady onrush of vitality and passion. There was no drawdown of this tide. The depth of Rand’s teaching continues beyond her lifetime.

A memorial service will be held when it becomes safe to congregate.

See additional related postings by clicking on For Yvonne Rand.

A YouTube video of a talk given by Yvonne Rand 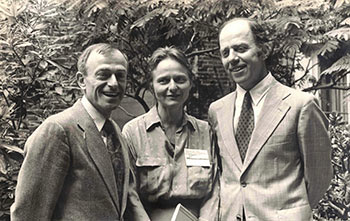 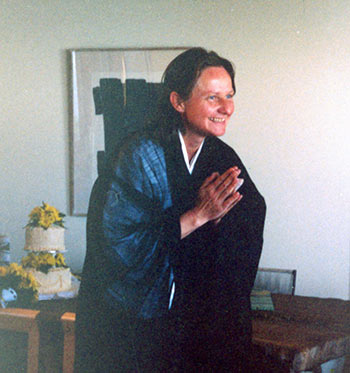 At the wedding reception at Green Gulch Farm in 1983 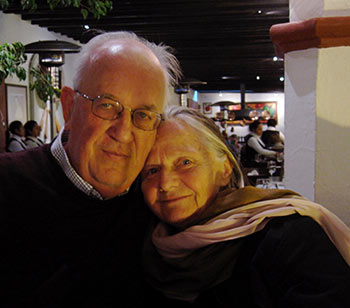