August 4, 2020
Clean Slate & the Botany of Zen: An Interview with Marcia Lieberman
Features 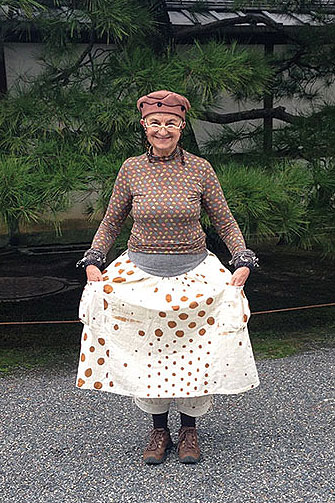 Congratulations to Marcia Lieberman on the publication of her new book Clean Slate: Images From Dogen’s Garden. In this book, Marcia combines Dogen’s writings with photographs of the plants he might have seen while living in 13th C Japan. The book’s purpose is not to make a scientific analysis but to consider and imagine what beauty may have provoked his writing.

Marcia Liebermasn is a teacher at San Francisco Zen Center and a photographer. Sangha News recently spoke with her about Clean Slate.

Sangha News: Thank you for agreeing to do this interview. Before we go into the book, I know that SFZC is your home temple and itâ€™s special to you. Could you share about your relationship with Zen Center and how long you have practiced here?

Marcia Lieberman: Well, itâ€™s a little like describing a mate [laughter]. I discovered Green Gulch Farm in 1988. I knew nothing about meditation, I just wanted to sit quietly. I showed up wearing a bright red zebra jumpsuit and wild red hair. Blanche [Hartman] taught me how to sit.Â

As for many of us, my practice was a lot of starting and stopping. You know, careers and children — the usual distractions. I would take a spoonful now and then. I would do things like sesshin and maybe a practice period.Â

I consistently volunteered in the garden at GGF for 10 years before working with a teacher — I had heard that is what you do to deepen your practice — and that led to residential practice. When I recollect, there are people who jump forward: a quote, a look, a tremendous kindness — stepping stones.Â

I have a lot of affection for GGF. Delightfully, I was able to be Shuso (Head Student) there many years later.Â

ML: For many years I would travel to various Branching Streams sanghas, (the affiaite SFZC groups located all over the country and beyond) offering instruction on oryoki, sutra copying, chanting, enso practice, altar rituals, doan training. I really enjoy sharing my love for the temple arts and am looking forward to returning to that.

SN; And where did Dogen come in?

ML: In the earlier years, I had no interest in reading anything. Donâ€™t put a book in front of me, I just want to sit zazen! That changed in the early 2000â€™s when I discovered Dogen — or Dogen found me, Iâ€™m not sure who knocked on the door. He blew my mind!

SN: What was it that shifted your interest into Dogen, in particular?

ML: The teachers I was talking to had a great regard for him, so I thought there must be something here. Thatâ€™s how I got into Dogen: I fell into the big lake of study. And I still donâ€™t understand any of it [laughter].
I was lingering on the shore until [former SFZC Abbot] Steve Stuckey invited me in. We were talking, and he said with his eyes sparkling: â€œYou love gardening, things that grow in nature. Why donâ€™t you use that as a way to explore Dogen? Why donâ€™t you just do the botany of Zen?â€ That was like BAM! WOW! sparks went off! It was a clever and insightful suggestion. He said â€œTake whatâ€™s familiar, whatâ€™s knowable, as you traverse the writing.â€ And thatâ€™s what I did and still do.Â

SN: What a powerful entrypoint. Tell me about the process of creating the book from there.

ML: As an artist, when something comes forward in my everyday life, I want to explore it. Once I realized that I wanted to understand Dogen, I began purchasing any book I could find on him. WIthin a few years, I connected with Taigen Dan Leighton. I was in graduate school and he was one of my professors. I knew he was a Dogen explorer. I asked him what he thought about this idea: â€œI want to know what Dogen saw. I wondered what Dogen looked at when he was writing.â€Â  Lucky for me he said, â€œWow, thatâ€™s a great idea.â€Â  It was so encouraging. You get ideas and you think theyâ€™re great, but then you need a little reality check.Â

When Taigen said heâ€™d support me, I took him up on it. Twice I went to Chicago to see him. I took the subway to the zendo at 4:30am and I laid out my notes. It was great. He has studied for a very long time so Dogen just rolls off his tongue. He was like a traffic cop in a very beautiful way. I didnâ€™t have 40 years left to do that degree of study.

Eventually, I took a deep breath and asked would you consider writing an introduction and he said yes. And I took another deep breath and sent a request to people I respected, asking if they would do an endorsement. Wow, was that humbling! But everybody came back with wonderful commentary.Â

SN: Could you say more about the people who contributed?Â

ML: In terms of SFZC, Reb Anderson wrote a beautiful commentary, as well as Michael Wenger and Shinshu Roberts. They were like my aunts and uncles and ancestors — people who I respect. There was no money involved. It was all about generosity.Â

I feel like when people purchase the book, itâ€™s not just me getting a book sold, itâ€™s acknowledging all of the contributions from the people who have advised me, the whole community. In a way, itâ€™s a community book. Maybe Iâ€™m the pilot, but truly itâ€™s a big ship.Â

SN: A big ship â€” beautiful. Could you describe the book?

ML I would say itâ€™s a book that is both fact and fiction. The fact is that Dogen lived and I studied him, and I became curious about who he is and what his writing meant. The fiction is that he looked out the window back in the 13th century and he saw something that somehow influenced how he thought and wrote.Â

Back to the factual part. I worked with graduate students at Kyoto University and we did a data bank of what plants grew in Dogenâ€™s area in the 13th century. Then I went to Japan and took photographs of the plants. The fact and fiction come together on the page.Â

SN: From the excerpts Iâ€™ve seen of the book, it feels intimate.

ML: It is very intimate. People feel very quiet when they look at it. Itâ€™s very peaceful which makes me very happy. Itâ€™s definitely contemplative.Â

When I was working with the designer, I wanted the shape of the book to be a tatami mat. Wherever I could, I wanted to bring in the association of quietness. The images are quiet, too.Â

Itâ€™s a way to study — as the garden was a gateway for me, the picture book could be a way for people to study Dogen. Maybe for somebody else, it could also be a way to enter in.Â

SN: Tell me a bit about the title, Clean Slate, how did you come up with that?

ML: I have my own history of the idea of â€˜clean slateâ€™: emptiness and wiping things clean so I could really look. Itâ€™s about looking.Â  Just think about Zen altars — they are often quite bare. So whatever sits on the altar, itâ€™s easily seen.Â

SN: Any parting thoughts around your book coming out during the times of the pandemic and how it might be supportive to the world weâ€™re currently living in?

ML: Itâ€™s such a tender time. I have ongoing discussions with people who are teaching like myself, who have a book coming out, and itâ€™s difficult. On the one hand, it has no relevance. What does this have to do with the critical and dramatic and devastating things that are happening? Is this going to make things better, is this going to solve anything?

What Iâ€™ve come up with is what Iâ€™ve always said about art — we need enrichment and we need beauty, and we need to have good things. We need to see the butterfly in the garden. We need these things in order to support us to go forward. I wish it did have a literal impact. Hopefully, itâ€™s a place to gather strength and move forward. I think we do need places like museums. I ache for that.Â

Marcia Lieberman will be teaching an online class based on Clean SlateÂ on Mondays. September 14 – October 5, 2020. 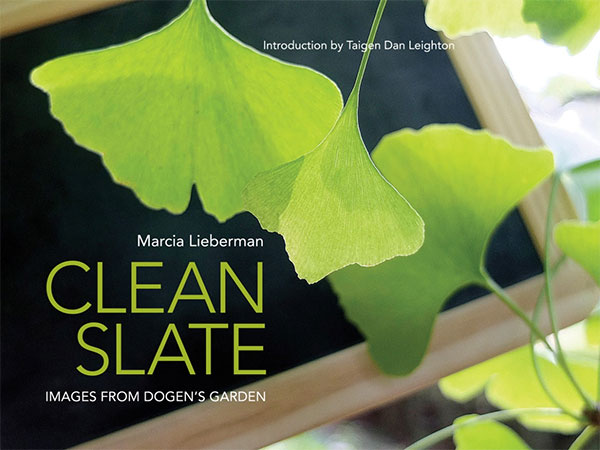