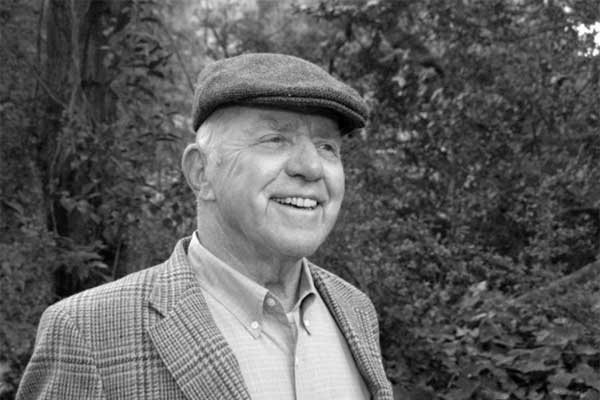 San Francisco Zen Center, Marin County and, indeed, anyone concerned about the environment, lost a great friend and benefactor with the death of Huey Johnson on July 12, 2020.

Environmentalist, organizer, Secretary of Resources during the first Jerry Brown administration, Huey Johnsonâ€™s achievements constitute a life’s work of amazing scope and effectiveness. He was the founder of both the Trust for Public Land and the Resource Renewal Institute. The Trust has, to date, been able to purchase and preserve as parks and conservation areas three million acres of land, some of —including large portions of what now constitutes the Golden Gate National Recreation Area—originally slated for development.

The SFZC community, including those who over the years have visited, lived, practiced, or volunteered at Green Gulch Farm, owe Huey Johnson a special debt of gratitude. Johnson had a connection with George Wheelwright, the owner of the ranch that is now Green Gulch Farm Zen Center/Green Dragon Temple. He convinced Wheelwright to sell the land to SFZC in 1972, arguing that SFZC would be a good steward and overseer of the land. Over the many years since then, SFZC and Green Gulch Farm residents and students have endeavored to reward his trust through their work and practice.

All of us who worked at the Trust for Public Land (TLP), founded by Huey Johnson out of a ragtag collection of recent college graduates, kids really, cherished the time we spent saving the world as part of Huey’s compassionate mission, one vacant lot at a time.

When I worked for Huey, the Page Street building was down the street from a burned out property owned by the Koshland Family that had been turned into a neighborhood park. I was sent by TPL to film the opening celebration of the park, which had been a collaborative effort by the City of San Francisco, The Trust for Public Land and the Koshland Family.

People from San Francisco Zen Center were there in robes with cake, flowers, and balloons, chanting the Heart Sutra. Richard Baker-roshi led the procession. Mayor George Moscone gave a speech. The Koshlands unveiled the new sign by the basketball court while Huey Johnson stood slightly in the back, no doubt plotting his next acquisition to benefit the least loved neighborhoods in San Francisco.

It was an honor, truly, to work for Huey as Huey worked for the planet and for all of us who call it home. He was at heart an environmentalist and he knew very well the forest and rivers and the ocean because that’s where he went to play. He always brought us back some fish.

We loved you Huey. And we love the legacy you left for us—to protect the land and protect her life. May we, for the sake of all beings, do more than wish to make it so.

Goodbye Huey, may you find the joyful rest you so deserve.