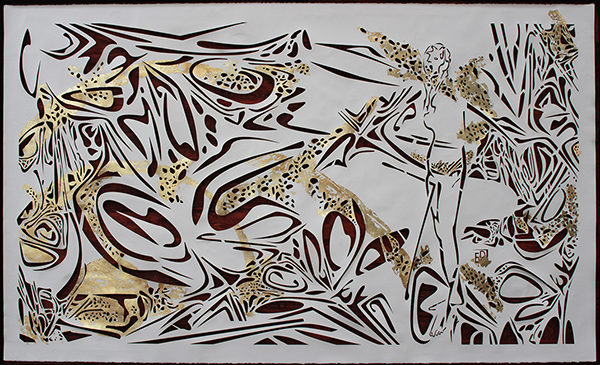 Elvira Dayel is a multidisciplinary artist working in both traditional and new media including series of large cutâ€“paper-cut abstractions, series of large drawings in soft pastel, digital rendering, 3D printed sculpture. Born in Ukraine and now living in the United States, Dayel is influenced by the XXth century Russian Avant Garde, Russian Constructivism. Dayel combines these influences and her work speaks with a unique XXIst century voice. Dayelâ€™s hand-cut paper works that she calls â€œprocess drawingsâ€ are produced in a lengthy process that includes virtual modeling, rendering in 3D software, printing on paper, sketching over on top of these iterations to create a stencil that is finally transferred to heavy weight paper and then cut-out.

â€œI see myself as a minimalist using only as much as needed to convey an idea. My interest lies in seeing our environment as constructed reality, where my re-invented landscape becomes a new reality. It is then deconstructed, flattened, and re-assembled. Occasionally a human figure or multiple inhabit a given artwork. Landscapes, and figure in the landscape, are constructs which provide a vision for an abstracted notion of a place, space, human interaction. Creation & destruction are some of the stronger forces that happen to tackle each other in the work. Making invisible visible by exposing dualities, contradictions, taking familiar & assigning it a new meaning seems to be the name of the game.â€ Elvira seeks to find a balance between explicitly communicating ideas and layering in meaning of various references. Some work is loose, some of it appears to be more defined. Elviraâ€™s web site 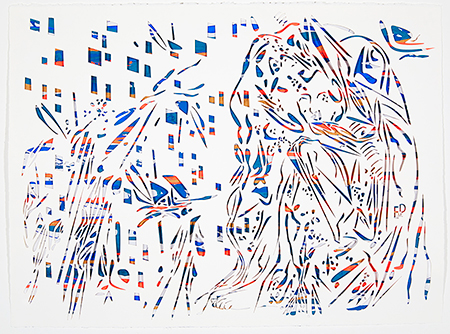 Each piece, while in the process of creation, is a deep and slow process of contemplation. Itâ€™s a slow cookerâ€”no rush. Endless questioning of self, process of looking inward & onward, vision of current events, admiration and disregard for whatâ€™s been done are curiosities which enter the artwork.