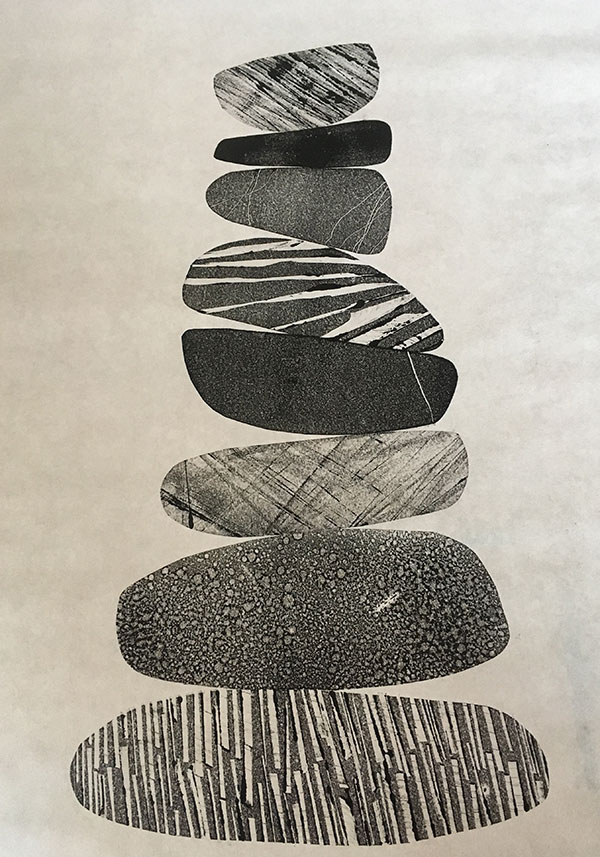 Mark Johnsen is a printmaker living in San Francisco, California. He draws his inspiration from childhood fishing trips to the Eastern Sierras of California. Fascinated by the intersection of natural elements and fueled by the desire to document the last open spaces of the American West, he works almost exclusively in Monotype. By using this process he works reductively to scratch and wipe away extra information and reveal a clearer image. Much like his memories, the process caters to the images that are produced. Mark holds a degree in Photography from California College of the Arts (2012) and has exhibited and led workshops domestically as well as in The United Kingdom, Istanbul, Japan, Canada, and New Zealand. Recently he collaborated with The North Face Japan to make a series of prints depicting the most geologically diverse highway in The United States, U.S. Route 395.