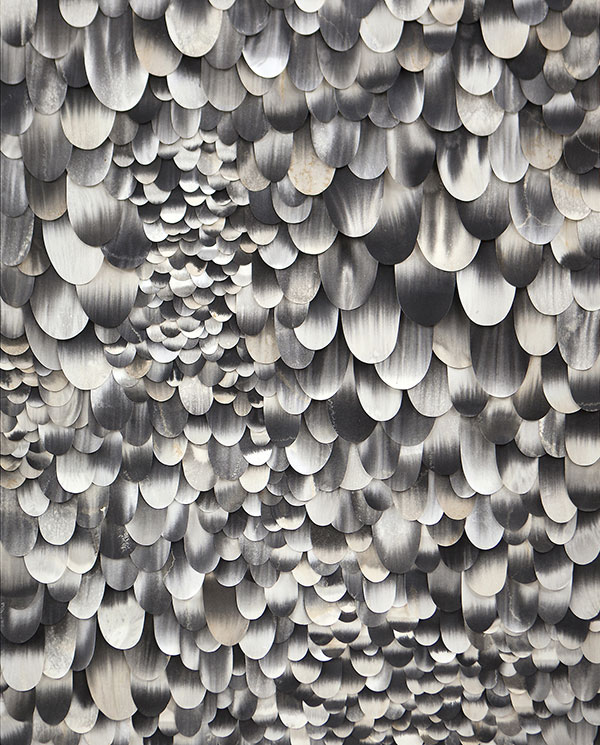 Carolynn Haydu was born in Los Angeles, California. She graduated from UC Berkeley in 2000 and received her Masters in Art from New York University in 2010. After studying art in Venice, Italy, she became interested in texture, rhythm, and pattern in painting. She cut up all of her paintings into small pieces and began to reassemble the works into collages that incorporate a three dimensional aspect. Now, she hand dyes and cuts paper in order to create textured collages and paintings. She works out of her studio in West Oakland. 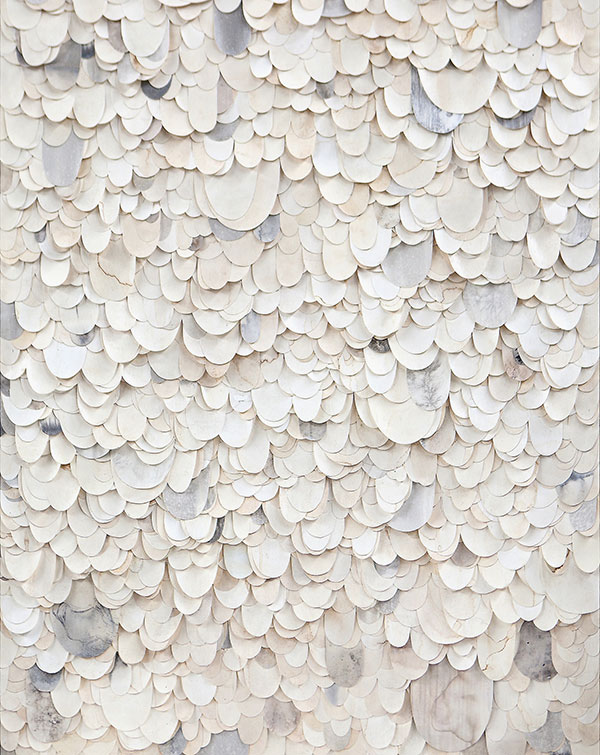