On Sunday, April 16, there was a gathering and ceremony at Green Gulch Farm to dedicate the new bell tower. Photos by Judith Keenan and Sara Tashker. 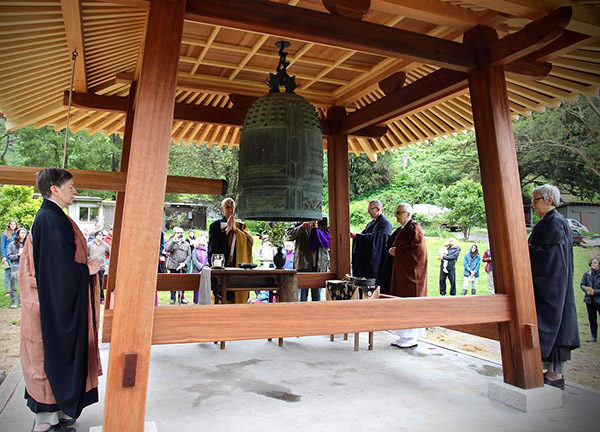 The assembly witnessed the offerings and chanted the â€œVerse of Practice Place Purificationâ€ and the â€œSho Sai Myo Kichijo Dharani.â€ The bell tower was designed by Ryosei Kaneko and built by master carpenters Ryosei Kaneko and Mike Laine, with their crew Owen Laine and Ensei Kaneko, in the Japanese joinery style. It now houses the Green Dragon Temple Obonsho bell which was cast in Japan and sent to Green Gulch Farm in 1975. 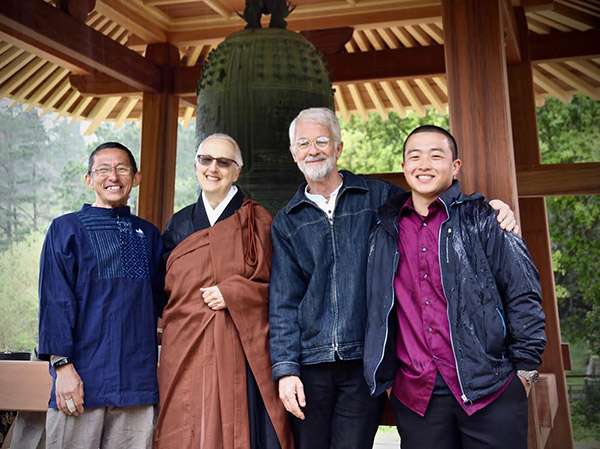 Abbess Furyu Schroeder delivered this formal statement as part of the ceremony: 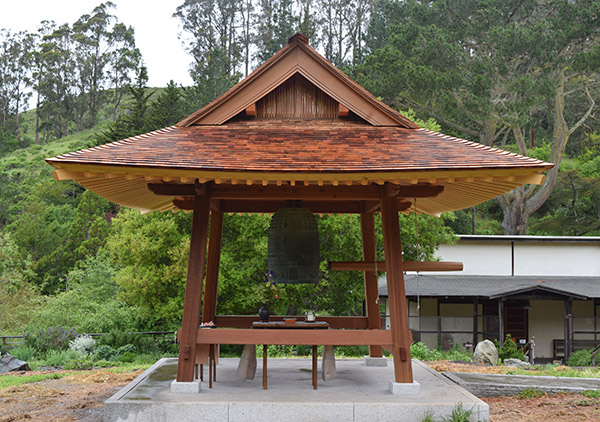 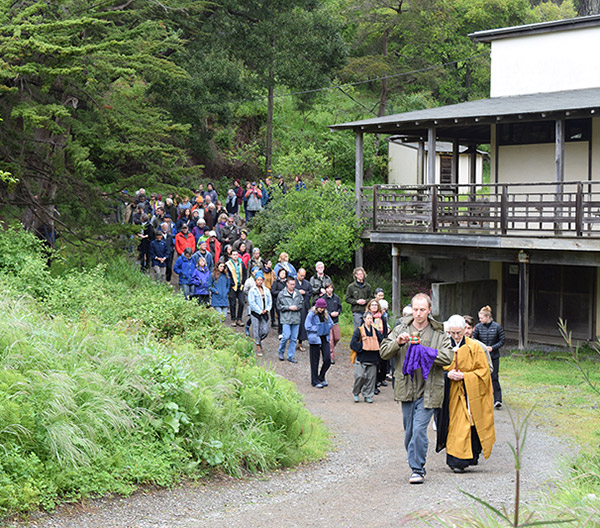