The evening of Friday, September 2, 2016, a group of friends, family and fellow-practitioners gathered in the Buddha Hall at City Center to witness three sincere and beautiful Zen students formally take the Bodhisattva vows and don Buddha’s Robe for the first time. 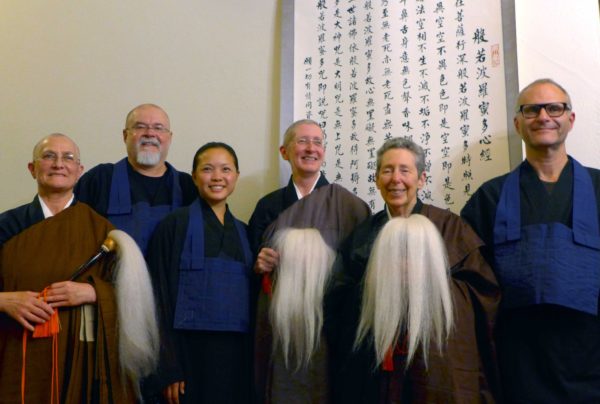 There’s always a frisson of excitement as the students discover their new names during the ceremony.Â  Phil Clark is Kyoshin Wendy Lewis’s student, and she gave him the name Kyojo Horaku (Abode of Compassion, Dharma Joy). Marcelo Marer is Jisan Tova Green’s student, and the name she gave him is Shinji Seikai (Mind/Heart of Compassion, Ocean of Stillness). And Cat Stevenson is Kyosho Valorie Beer’s student, and Cat’s new name is Nin Kai Kin Cho (Patient Ocean, Joyful Leap), which is a link to Nin Sen Gen Kan (Patient River, Present Completely), the name of Cat’s husband Eli Brown-Stevenson, who is also Valorie’s student, and who received jukai two years ago. All photos are by Monique Martineaux.

The three students chantingÂ in the Buddha Hall, in harmonyÂ with their teachers and the assembly. (On the left is Kogen Kim Hart, the City Center ino, who organizes ceremonies like this.) 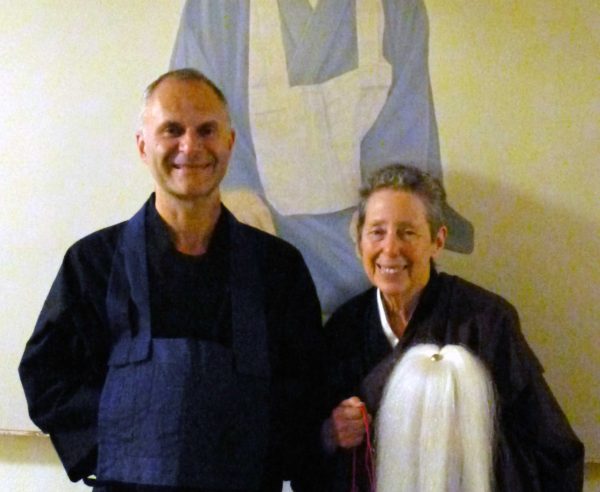 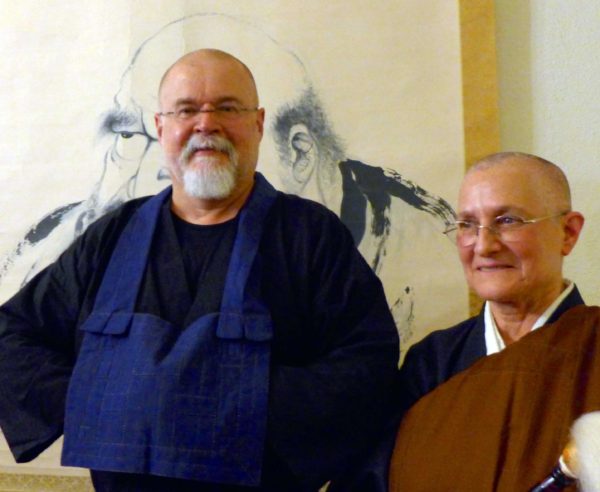 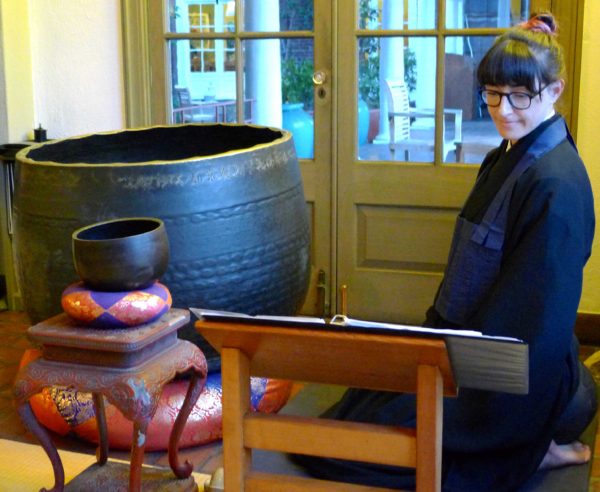 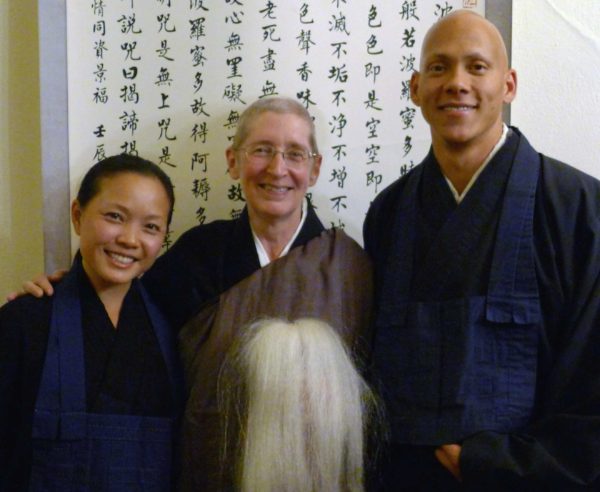