Remembering Hiroshima with a Thousand Cranes

In commemoration of Hiroshima Day, August 6, we created 1,000 origami cranes, long associated with the desire for world peace. At both City Center and Tassajara, many hands folded the cranes and strung them on threads to create the display.

The cranes were dedicated in a ceremony at City Center on August 6, after a dharma talk given by Hozan Alan Senauke, vice-abbot of Berkeley Zen Center. You can see the Livestream here. 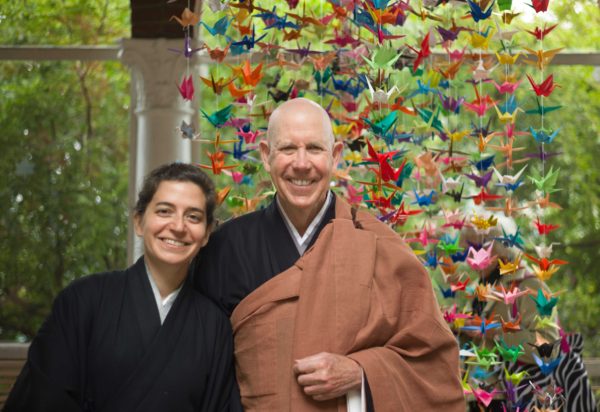 Rinso Ed Sattizahn, right, with Paula Pietranera, who originated the project with Diego Migliogli to create 1,000 cranes in memory of Hiroshima. Head chiden Maggie Brewer, Ino Kim Kogen Hart, and head doan Paula Pietranera working together to set up the ceremony in the courtyard. (Chidens arrange altars, the Ino takes care of the meditation hall and ceremonies, and doans ring bells.) 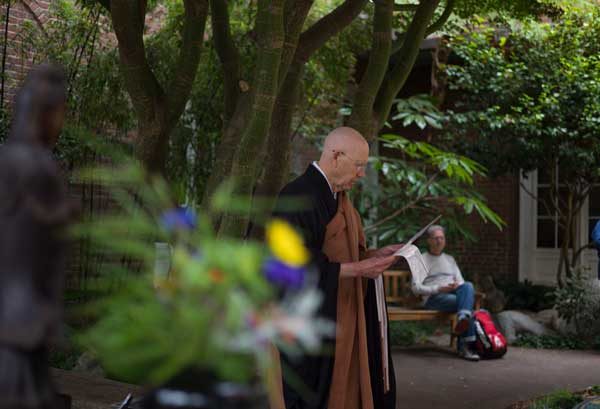 The Abbot reads his notes beforehand. 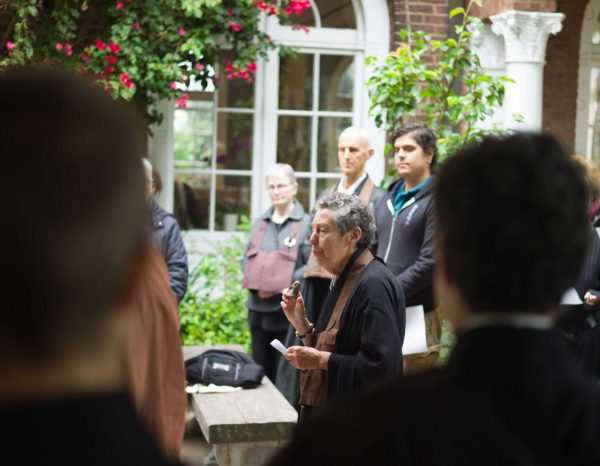 Jisan Tova Green, center, tells the story of the cranes at Hiroshima: two-year-old radiation victim Sadako Sasaki developed leukemia at the age of 9, and believed she would survive if she folded 1,000 cranes. She died aged 12, but her classmates continued to fold cranes, and to this day the cranes are a symbol of peace. 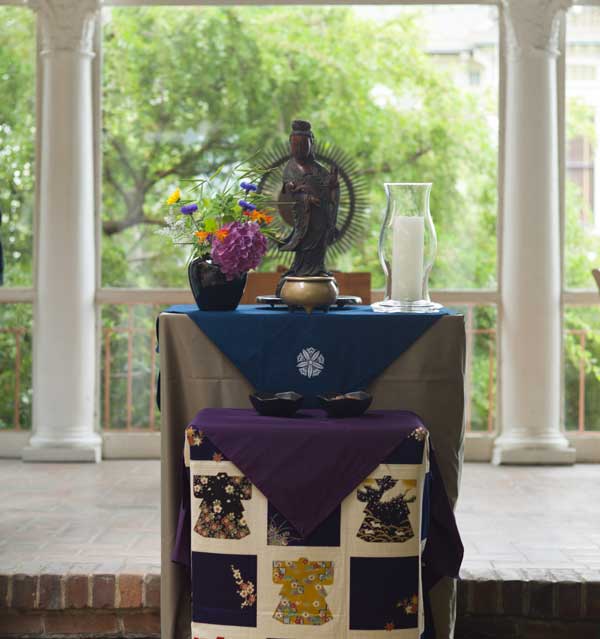 The altar for the ceremony has a statue of Avalokiteshvara, the Bodhisattva of Compassion – the chants included the Loving Kindness Meditation. 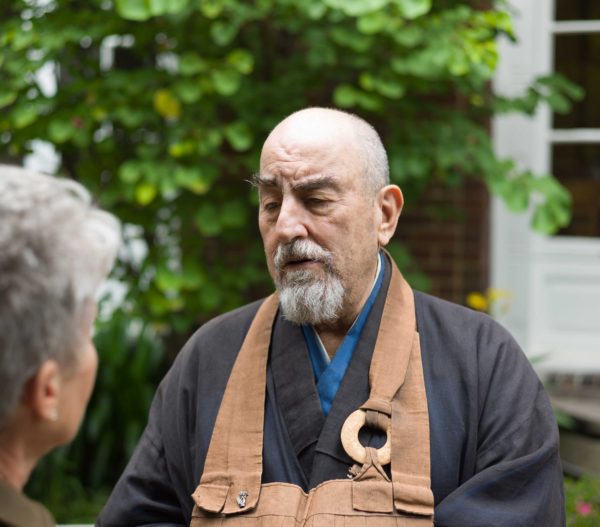 Hozan Alan Senauke gave the dharma talk before the ceremony. 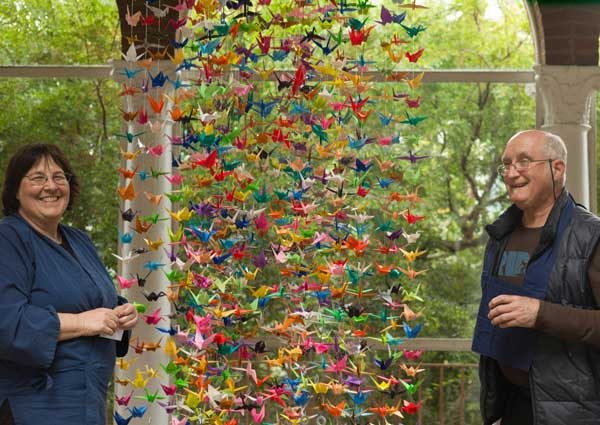 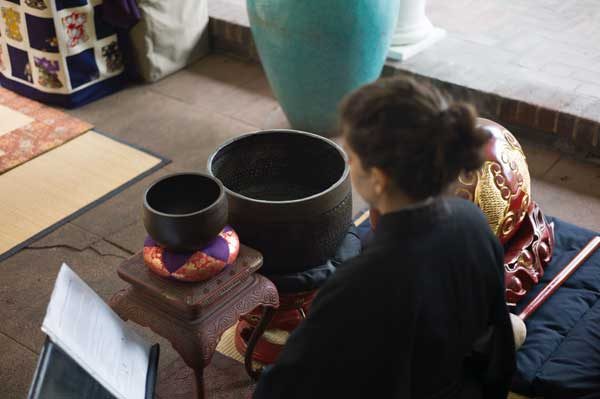 Paula waits to sound the bell during the ceremony.

All photos by Myles Cowherd.