Bob Pizzi is showing his photographs of Nepal at City Center during the month of April. Here he describes the beauty and vibrancy of Nepal and its people. 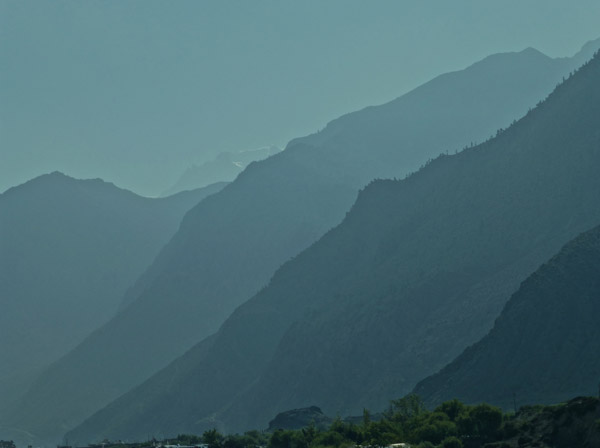 One of Bob’s themes is the inspiring landscape of Nepal

I have traveled to Asia several times over the past decade and to Nepal twice since 2010. While these Nepal journeys have focused on the restoration of a Buddhist temple in the Himalayan Mountains, this photography exhibition of 45 mounted images has three themes.

First, there is the Nepal of inspiring physical and spiritual landscapes. I have photographed its various colorful and breathtaking aspects from terrain, to prayer flags, physical structures (e.g. stupas, temples, Mani stones).

The second theme and the main focus of these visits has been the rebuilding of Chhairo Gompa (Temple). This has been a ten-year effort to restore an ancient Tibetan Buddhist temple site, taking place in the Lower Mustang Region of the Himalayas along the Annapurna Trail and Kali Gandaki River Basin in Nepal. The Cultural Restoration group I’ve joined with is the US-based NGO, RWI (Restoration Works International).

Third, is the work of SKY Memorial Foundation. After a terrible plane crash into a schoolyard in Shikharpur, 100 kilometers south of the capital, Kathmandu, SKY was created and is undertaking this important effort to significantly increase the level of education (emphasis on young girls) in these villages in the Shikharpur region, and improving the agricultural model to bring more resources to the area.

My intention is to convey the beauty and vibrancy of Nepal and its people, and these great efforts that are taking place there. 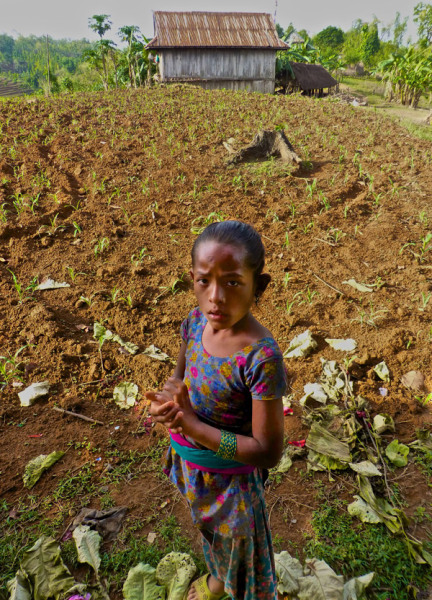 A young girl in the fields at Shikharpur, site of a terrible air crash in 2010

For more information about the two groups, RWI and SKY, please go to: