Long-term practitioner Keiryu Liên Shutt was invited to show her art at City Center this month. As she looks at her life through the prism of her art, she tells us, echoing Pablo Picasso, what she found, rather than what she was looking for 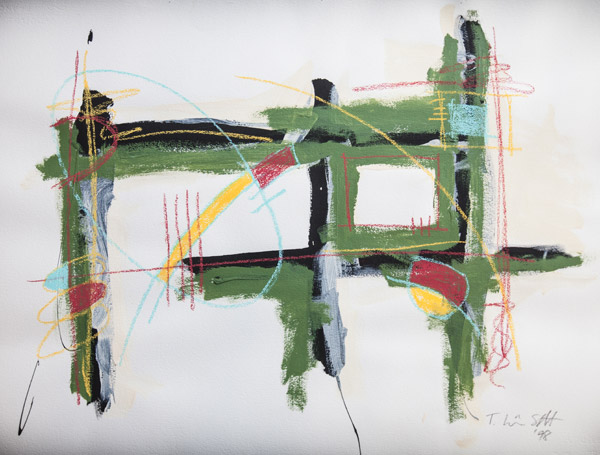 A Way-Seeking Mind talk gives one the opportunity to trace how the course of one’s life has aspects of practice as a theme throughout. “Practice,” perhaps, as “a heart/mind searching for Truth or Understanding.”

When the opportunity to show some art came up, I went to my sister’s basement. I had put much of the material aspects of my life there when the call to go to Tassajara came in 2002. Similar to a Way-Seeking Mind talk, themes on the search for Truth or Understanding revealed themselves as I looked through the various artworks I’ve made throughout the years.

Like many people, I started making art in my early teens for self-expression; mostly with still-life charcoal drawings. As the years passed (which included art classes in high school and independent drawing groups while in college and beyond, including a stint in a city college’s design school just at the cusp of the industry’s transition into digital art), what revealed itself was the desire to be able to capture and express. 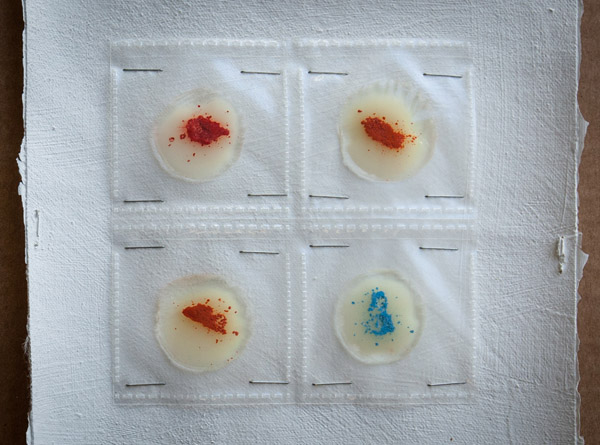 First, the world outside/around me: Trying to “get it right” by drawing in the realistic manner. I still remember a pencil drawing of the transition of a tadpole into a frog during my early pre-med college days. Or the “A-ha!” that came when the nude human form was able to be more clearly captured on paper through seeing it not in circles and cylinders of traditional instruction but through more organic shapes and the focusing on one area at a time.

Then came the quest to express the internal world: Through political and representational works around issues of being Asian/Vietnamese-American, immigrant, woman, and lesbian.
After all this, and well into my mid-thirties, an insight arose in which I “knew” myself to be “an abstract painter.” The drawings and paintings displayed here are from this period. 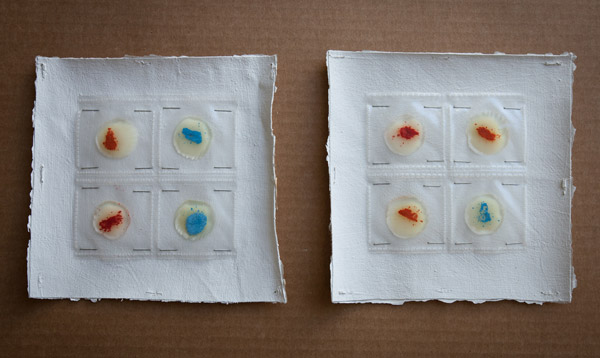 What they reveal to me is a transition—from a more traditional sense of “art” to the intuitive. The drawings with the dark, black, bridge-like lines to the quieter and more minimal reveal of the subtle expressions of squares and circles of the paintings/sculpture in the “dots” series. The quest for truth and understanding of an almost-inexpressible “thing” or “presence”; what now I would describe as “non-thinking art expression.” 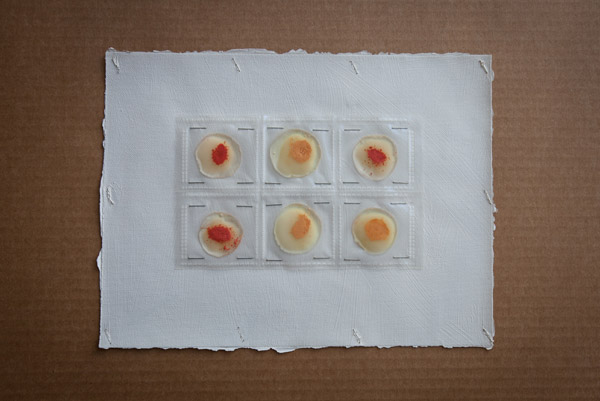 As anyone who has listened to my teachings lately knows, I’m fond of saying that with more and more practice, the process becomes more important/interesting than the content of heart/mind (not that the content isn’t valid; just less urgent). Similarly, this was revealed to me in the revisiting of these art pieces. Pablo Picasso echoes this with these words: “When I paint, my goal is to show what I found, not what I was looking for.”

Keiryu Lien Shutt is a teacher and practice leader at City Center. Her upcoming classes and workshops include the seven-week class Meditation 2.0: Working with the Five Hindrances, City Center, 2/4 – 3/17, and the one-day workshop Love: Supported by the Four Divine States, City Center, 2/6