On New Year’s Day 2016, the big bell began ringing at 7:45 am at City Center to signal the start of the New Year’s Day ceremony – a relatively late start for us, but many of us had been up past midnight sitting zazen and ringing in the New Year with the traditional 108 bells.

The ceremony began with the community chanting the Heart Sutra in the Buddha Hall, and then we followed the abbot, Rinso Ed Sattizahn, as he led us in a procession to all the altars of the temple, from the zendo in the basement right up to the roof, where we chanted the Refuges, and then drank a bowl of sake or apple juice, saluting the New Year with poetry and good wishes. 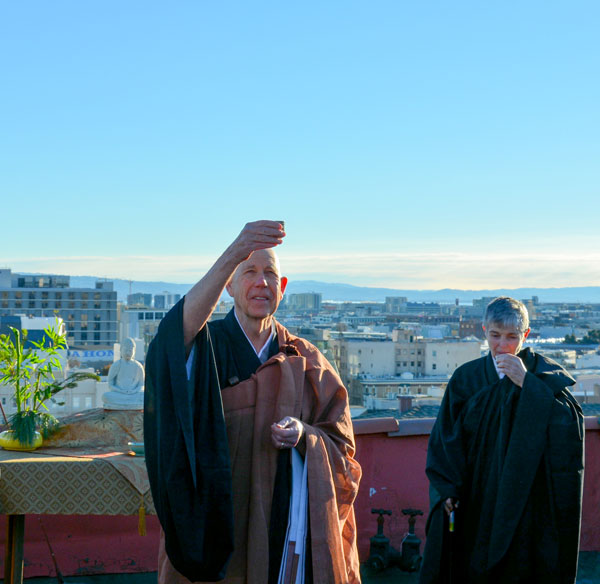 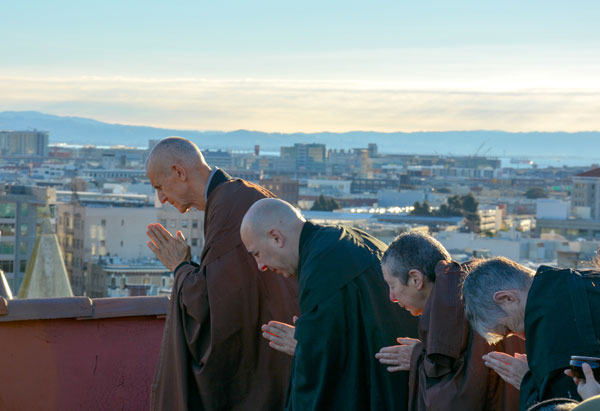 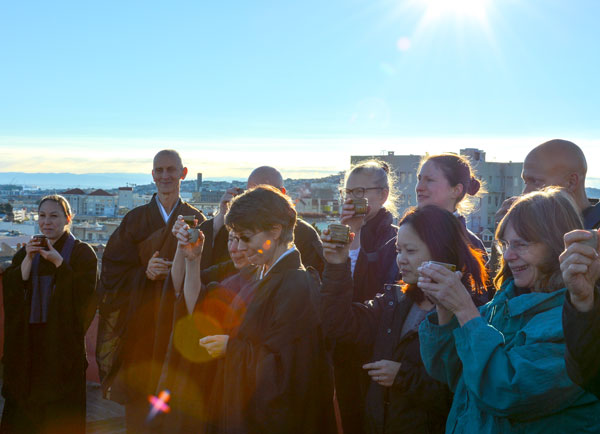 Sunshine and sake on the roof of City Center. Photo: Clare Hollander