The Zen Center Board is composed of 12 elected members, who serve three-year terms, as well as a few appointed members, who serve for one year unless reappointed. At the end of this year, one elected seat is coming open, and at its September 16 meeting, the board nominated Piper Murakami to stand for election to fill that seat.

Piper has demonstrated deep commitment to practice and to Zen Center, and the board believes that she is the right person to help lead, focus and guide Zen Center through these challenging times. For those who don’t know her, here is a brief introduction: 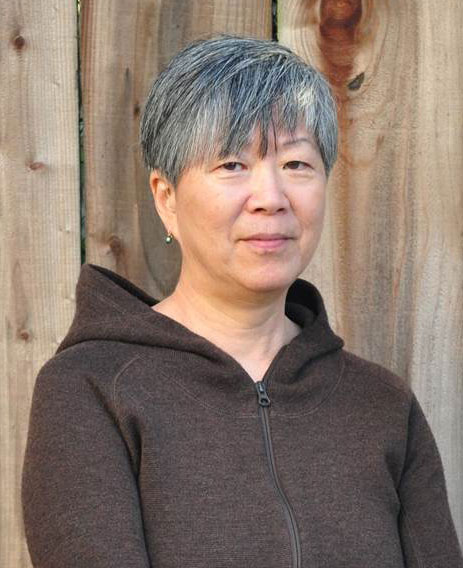 Piper Murakami, a third-generation Japanese American (sansei) and graphic designer, lives and works in San Francisco. Since 1980 she has worked for top design firms and agencies before going solo in 2003. Her clients are mainly from the non-profit sector in the arts and education fields, as well as foundations advocating for social change.

Previous board memberships include the San Francisco chapter of AIGA, a professional association for design, and the Society of Typographic Aficionados, an international organization dedicated to the typographic arts and design education. Community work has included service as president for the Bernal Heights East and South Slope Improvement Committee for neighborhood life/safety issues, and as a Bernal Heights Dogpatch Garden Committee member offering outreach and stewardship for over 15 years. Piper currently volunteers at Laguna Honda’s Pain Clinic.

Piper began sitting on the cushion during a 2004 work period at Tassajara. Since then, she has followed a path of Zen lay practice at SFZC’s three temples and Empty Nest Zendo in North Fork, CA. She received Jukai from Myōan Grace Schireson in 2007.

If elected, Piper will be taking the place of Bruce Fortin, who has served two consecutive terms on the Board, the maximum allowed under the bylaws. Bruce is a longtime practitioner and teacher in our lineage, whose wisdom, insight and compassion have made an invaluable contribution to Zen Center; we are deeply grateful for his contributions as a board member.

Piper will be introduced and will be available to answer questions at the annual Membership Meeting in the Conference Center at City Center on Friday, October 23; the meeting begins at 5 pm and will be live streamed.

In addition, the Board is pleased to report that current members Helen Degenhardt, Roger Hillyard and Dennis McNally have agreed to stand for reelection for additional three-year terms, and George Kellar—the chief operating officer for our friends and neighbors at the Zen Hospice Project—has been appointed to serve a (non-elected) one-year term.