Last Saturday, Keiryu LiÍn Shutt gave the Buddhist precepts to five of her students in a lay ordination ceremony at City Center. In addition to the significance of the day in the individual life of each student, it was celebratory to have a teacher of color ordain her first group of students here (which last occurred in the mid-seventies).

The ordainees were supported by friends, family, residents and other sangha members who attended the afternoon ceremony to witness as they took their bodhisattva vows. Also in attendance were guest monastics LiÍn has practiced with from two Vietnamese Zen traditionsónuns from the Truc Lam / Thich Thanh Tu lineage, as well as a monk of Thich Nhat Hanh’s order.

From left to right, the students pictured below in their new blue rakusus are Diego Miglioli, Van Tran, Marlene Velasco-Begue, Emma Lindsay, and Susumu Harada, with Abiding Abbot Rinso Ed Sattizahn in back and Keiryu LiÍn Shutt center. 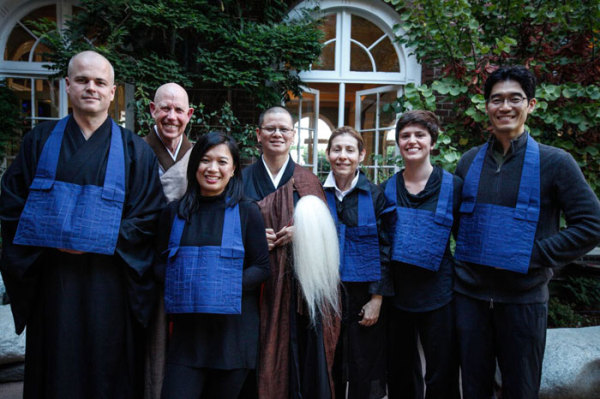 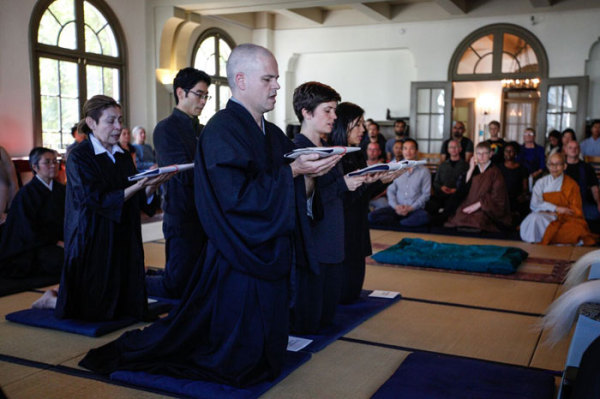 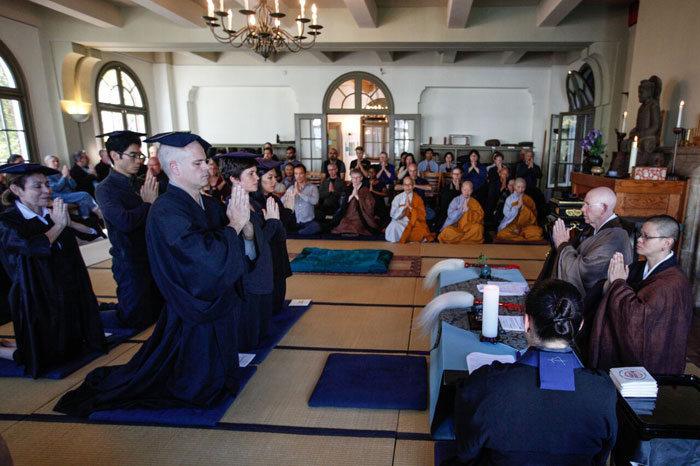 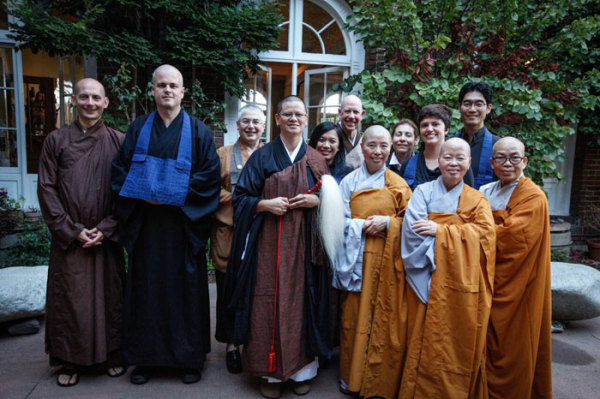 With guest monastics from Vietnamese traditions, and Shosan Victoria Austin, who assisted with the ceremony.

Another jukai with a new set of students is scheduled for October 17.