In this post from the Branching Streams website, City Center teacher Kanzan David Zimmerman reflects on his three-month fellowship stay at Brooklyn Zen Center in New York, which just came to a close. The Visiting Teacher Fellowship Program, launched this spring with David as the first fellow, is an exciting new way SFZC can support its affiliate sanghas. 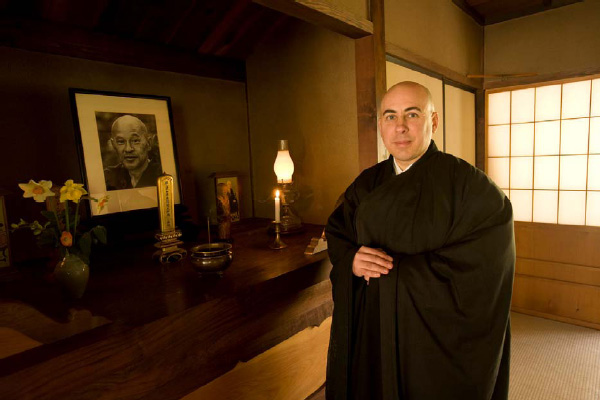 What a delight, inspiration and honor it’s been for me to have the opportunity to step outside of the walls of SFZC for three months and be of support to the Brooklyn Zen Center as the first Branching Streams Fellow. Some of the ways that I’ve been asked to support BZC have included offering dharma talks, leading one-day and half-day retreats, providing doanryo training, leading community study sessions, drafting a BZC shingi, and working with the leadership to flesh out a more fuller programmatic vision and curriculum. It seems my presence has also provided both encouragement and perspective to the core leadership as they face some key decisions for how to navigate issues of sustainability and the future development of the center. I personally value making many new dharma friends and practice connections, as well as getting a clearer understanding of the particular challenges of running a non-residential center consisting of mostly lay practitioners. I also appreciate BZC’s very visible and tangible commitment to inclusivity and being actively engaged in activities and initiatives that “make real our aspiration to dissolve barriers that separate us from each other so that all feel welcome, seen and heard.”

When I return to City Center in September, I look forward to bringing back a fresh perspective and new ideas for ways to support a wider expression of practice at SFZC, as well as a reinvigorated commitment to inter-sangha collaborations.

Meanwhile you can catch up with him at Tassajara, where he is co-leading:

For more about the Branching Streams network of affiliate sanghas, visit branchingstreams.sfzc.org.