Zenkei Blanche Hartman, “Inconceivable Joy,” a senior dharma teacher and abbess emeritus of San Francisco Zen Center, has been in failing health since a fall in mid-March. After two weeks of intractable pain, she was diagnosed with a broken femur, and received a partial hip replacement on March 26. Though she received physical therapy, good food and rest, she experienced a decline in life energy. 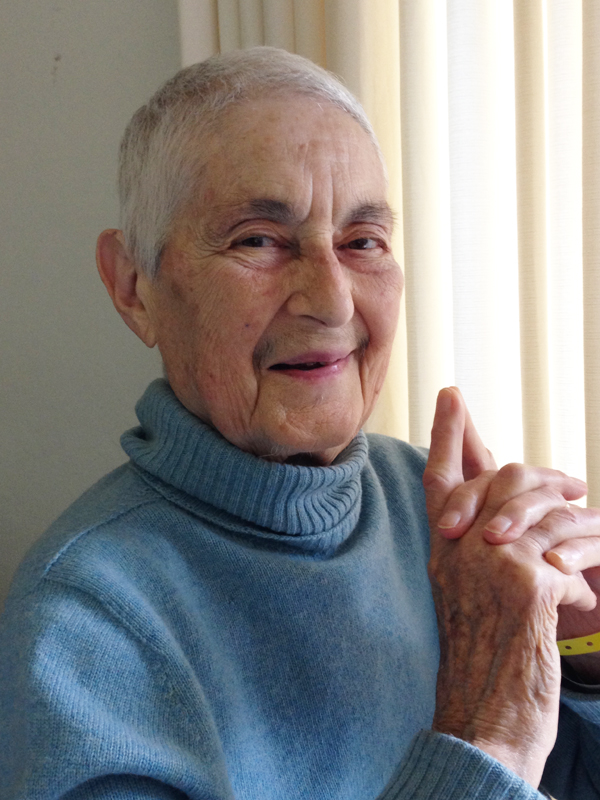 Zenkei is now at Age Song, an assisted living facility close to San Francisco Zen Center, where she requests privacy. However, she continues to enjoy the sangha’s support in the form of cards and letters. Please send your card to Zenkei Blanche Hartman, 300 Page Street, San Francisco, CA 94102.

To support our continued connection with Blanche now that she is living away from City Center, we have launched the new website Boundless Life. At this site you will receive updates on Blanche’s condition, as well as have the opportunity to view and share comments about her as well as photos of her.

Zenju Earthlyn Manuel has edited a new collection of Blanche’s dharma talks, Seeds for a Boundless Life: Zen Teachings from the Heart, which Shambhala Publications will distribute starting next month. Read Zenju’s post about the book and its development on the Boundless Life blog.

You can sign up to follow the Boundless Life blog by email, or just visit, at zenkei.sfzc.org.