May 20, 2015
Supporting Others with Your Practice; Practicing with the Support of Others: Dharma Buddies
Arts & Culture | Features | News | Programs | Zen Practice

It’s like ravens soaring on a ridgeline. . . . it’s comforting to do deep journeys with others nearby.
—dharma buddy in Idaho

In the Sangha Project, we create ways to help all members of the extended sangha to connect and interact as dharma friends and to engage in Zen practice-related activities together. During the past five months, we have launched several small-scale experiments. 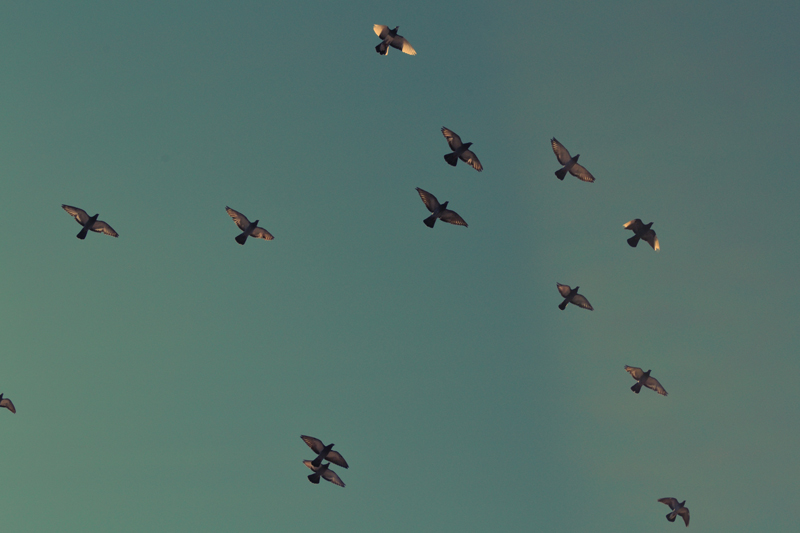 In March, a group of 18 practitioners embarked on a month-long experiment. Could digital technology be used to craft a practice container linking people in Mississippi with buddies in Idaho, and sitters in Corsica with folks in Wisconsin and South Africa? Would this container encourage everyone to deepen their practice? These were the questions we explored in the Dharma Buddies experiment.

The experiment had two elements. Each participant set an intention to (re)commit to zazen. Some people decided to sit a certain number of minutes a day. Others committed to sitting a particular amount of time each week. Everyone’s commitments were shared with the group.

The second element of the experiment was crucial—weaving a network of support. Each participant was matched with two buddies. Everyone was asked to contact their buddies once or twice a week using whichever method was easiest. One group of buddies “met” weekly to sit together and then chat about their experiences using videoconferencing. Most of the participants connected with each other via email. Daily email messages with dharma quotes added another connective thread.

Here are some of the comments from participants about that support:

Dharma Buddies has come to mean a great deal in a short time since we have connected . . . I feel the support I was looking for to establish my very own regular practice—not perfectly but as a real accomplishment.  —dharma buddy in Northern California

It is encouraging . . . to have zazen top of mind and being part of the group helps to do this.  —dharma buddy in East Bay

Something about making a commitment to myself . . . and being part of the group . . . motivated me to keep it.  —dharma buddy, survey response

I had some really challenging things happen last week. . . . Because I’m committed to the Dharma Buddies project and aware of my dharma buddies . . . I am actually sitting regularly, rather than meaning to sit regularly.  —dharma buddy in South Africa

What we learned from this experiment was that connecting with each other using digital technology could convey a sense of shared commitment and mutual support. The majority (77%) felt supported by their buddies. Interestingly, participants said they were equally encouraged by offering and receiving support. Even if the buddy connection did not work out for everyone, 69% said they had the sense that they were not doing this alone:

Communication is vital. . . . the daily messages from the organizer grew more important later on in the experiment. —dharma buddy, survey response

In my case, the buddy portion didn’t work as well, however I did feel part of a larger group.  —dharma buddy, survey response

I’ve missed relating to other serious practitioners, which is one reason I was attracted to the Dharma Buddies project. . . . I’ve been having some good conversations with them.  —dharma buddy in Northern California

I am experiencing my first real contact with Sangha through SFZC digital offerings.
—dharma buddy in Southern California

After the experiment ended, 62% of the dharma buddies said that participating in the program helped them meet their practice commitment. By this measure alone, the experiment is definitely worth repeating. In the future, we may try pairing people up with just one buddy and creating opportunities for buddies to virtually meet before the experiment begins.

By continuing to embrace experimentation, learning, and new innovative possibilities, the Sangha Project will find the right balance of new and old, of going deep and extending wide. Warm hand to warm hand.