It is the man throwing away his shoes
as if to enter heaven
and finding himself astonished,
opened at last . . .
—David Whyte, from “The Opening of Eyes” 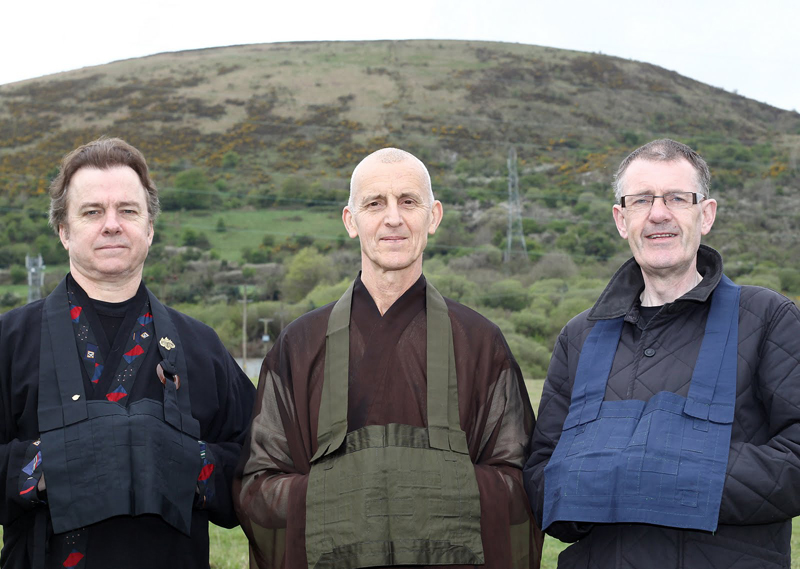 It was by a circuitous route across the globe that Black Mountain Zen Centre found its guiding teacher in a former native.

Paul Haller left Belfast in the early 1970s, and after some travelling in the East he engaged with and developed a Buddhist practice. He then moved to California and spent many years in the temples of San Francisco Zen Center. By 1993 he had received dharma transmission from Sojun Mel Weitsman. Around 1999, Michael O’Keefe, an American actor and activist of the Zen Peacemaker Order, encouraged Paul to return to Belfast in order to participate in some bearing witness and peacemaking workshops at St. Clement’s Retreat House. When Paul arrived, he asked one of the organizers if there were any Buddhists in Belfast. He was told, “Yes, one. His name is Frank Liddy.” When the student is ready the master appears—the saying came to life when Ryushin Paul Haller arrived at the front door of Frank’s house in North Belfast.

At that stage Belfast was still in the throes of “the Troubles,” although new shoots of peace were sprouting up. Paul and Frank and Michael planted the seeds of the practice in the heart of the city, expending themselves to build a suitable infrastructure to offer the dharma. In 2004, Paul opened Black Mountain Zen Centre in the Cathedral Quarter of Belfast, and he continues to offer guidance from his base in San Francisco. Since then he has offered teachings online (eg, a public online course through SFZC), and two sesshins per year, as well as offering dokusan via telephone. 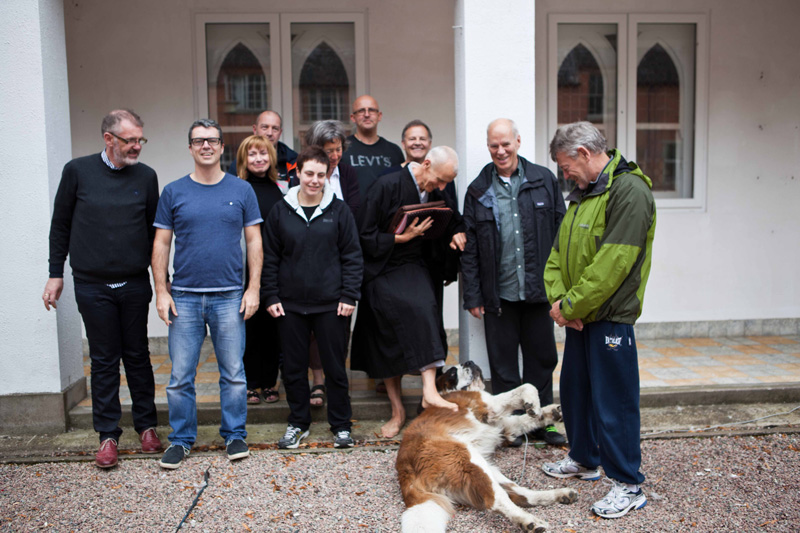 Paul with with Cooper the St. Bernard and students after a sesshin in August 2014 at Benburb priory.

It’s kind of a miracle really! Not only is Paul pivotal in delivering the dharma but he also gives his time and guidance to the business side of the organization. All groups go through “storming, forming, norming and performing,” and a Zen group is not immune from conflict. However, Paul has been a great mentor in assisting the sangha through its teething problems, and one could say, despite the boat-rocking from time to time, it has negotiated the storms with fortitude. The center opens every day of the week with morning and evening sittings.

The sangha takes nothing for granted and is always looking for new ways to build up the group and offer as many opportunities for practice as it can. The following are a few examples of the kind of special opportunities we have enjoyed recently.

Last month Paul led the Spring Sesshin at Benburb. The priory there has been the venue for most of our sesshins and has beautiful grounds for walking practice. Paul was intrigued to learn that the river on the grounds is called the Blackwater. The Black Mountain students walking along the banks of the Blackwater river: it’s very poetic! Paul’s teishos (brief talks) are interspersed with poetry. He usually starts off with a poem and then weaves it in skilfully to illuminate the dharma. This year he used David Whyte’s “The Opening of Eyes” (here is the first stanza): 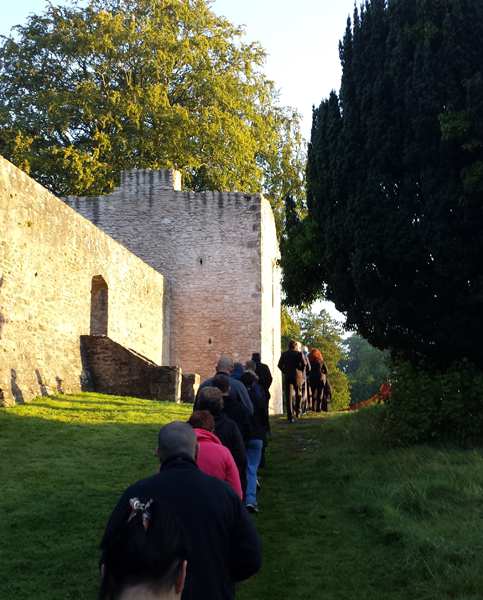 That day I saw beneath dark clouds
the passing light over the water
and I heard the voice of the world speak out,
I knew then, as I had before
life is no passing memory of what has been
nor the remaining pages in a great book
waiting to be read. . . .

A highlight of the sesshin was the Sangha Day afterward. Alastair MacLennan, one of Britain’s most famous performance artists, led a workshop on sangha/team building.

Another highlight from Paul’s recent visit was his Zen and poetry workshop with Naomi Shihab Nye, offered to the public in the Crescent Arts Centre in Belfast. Naomi refers to herself as a wandering poet, and after the 9/11 tragedy she wrote: “Poetry humanizes us in a way that news, or even religion, has a harder time doing.” Before the sangha had the honor of meeting Naomi, Paul had read her famous poem “Kindness” on many occasions, and Frank had also used this poem often in his workshops and teaching. It begins: 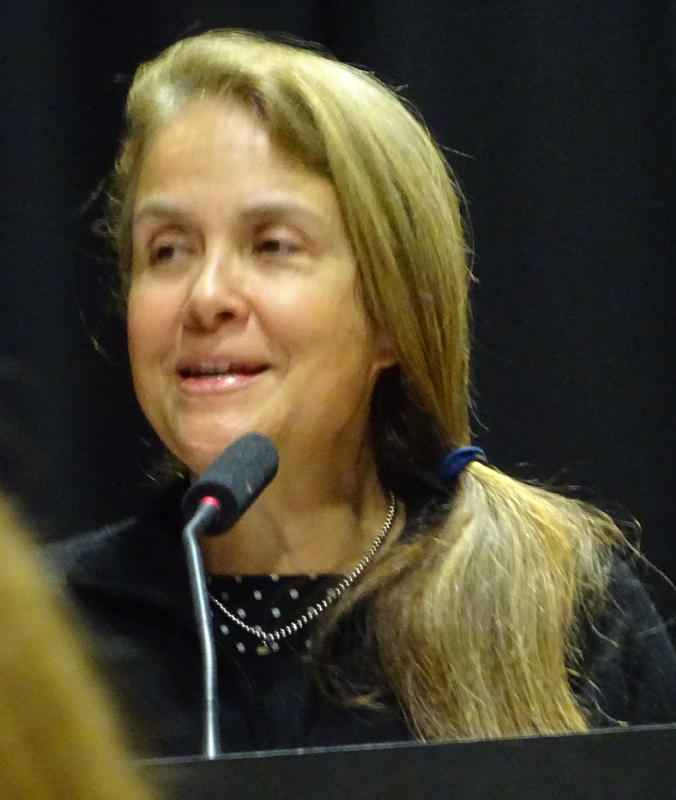 Before you know what kindness really is
you must lose things,
feel the future dissolve in a moment
like salt in a weakened broth.
What you held in your hand,
what you counted and carefully saved,
all this must go so you know
how desolate the landscape can be
between the regions of kindness.
How you ride and ride
thinking the bus will never stop,
the passengers eating maize and chicken
will stare out the window forever. . . . 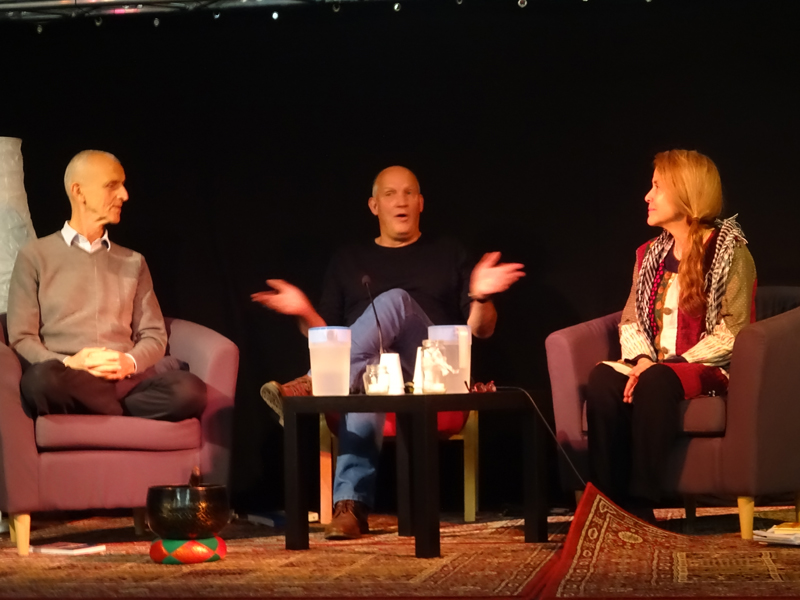 Paul and Naomi with Christopher Agee (center), who is a poet, essayist and editor born in San Francisco and living in Ireland. He hosted the “Poetry and Peace Advocacy” evening in Duncairn Arts and Cultural Centre, Belfast.

The workshop was very well received, and everyone drew inspiration from Naomi’s poetry and Paul’s dialogue with her work. The workshop ended with Naomi and Frank doing a reading of “Kindness.”

Before Paul left Northern Ireland to travel to Slovenia in May, he did a final joint workshop with Naomi in Belfast’s Duncairn Cultural Arts Centre on the theme of poetry as it connects to peace advocacy. Of course no workshop is complete without the final reading of Naomi’s “Kindness,” and this time it was read by Naomi, Paul and Frank. You can never have enough kindness. When Paul left on the 4th of May, the Belfast Marathon was just beginning and Paul’s marathon was over!

For more information about the Branching Streams network, or to use the directory to find a group near you and read more profiles and news, visit the new website at branchingstreams.sfzc.org. 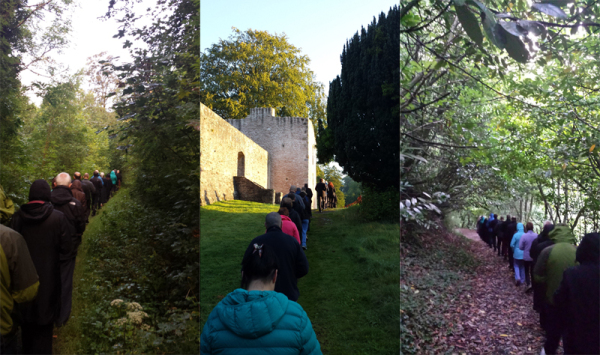