Green Gulch Farm Zen Center resident Grace Dammann, MD, survived a near-fatal head-on collision on the Golden Gate Bridge in 2008. After more than seven weeks in a coma and a dozen surgeries, she miraculously awakened with her mental facilities intact; her body, however, was left shattered. 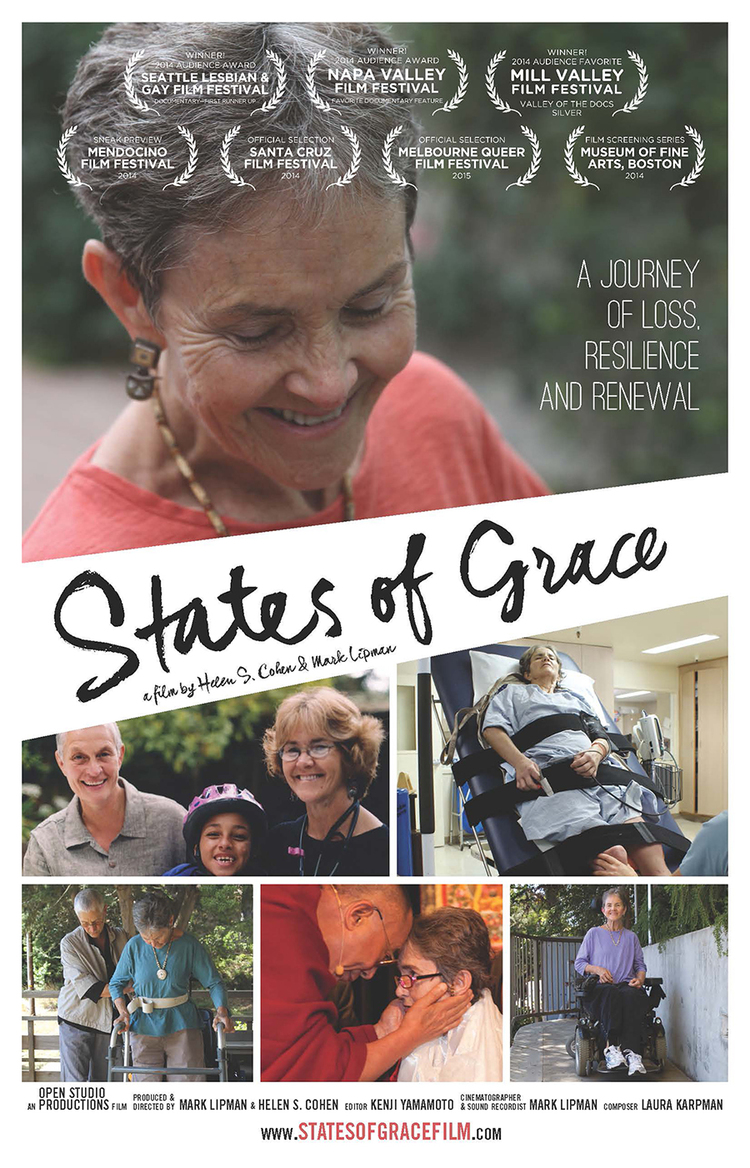 Dammann’s experience as she returns home after more than a year in rehabilitation hospitals is documented in the new feature-length film States of Grace, which returns to Bay Area theaters for a weeklong run this month: Friday, April 24 through Thursday, April 30. Winner of audience awards at multiple festivals, the film played to sold-out crowds during its previous Bay Area theatrical run in January.

The filmmakers will appear with Grace and her family (partner, Fu Schroeder, and daughter, Sabrina) at multiple screenings throughout the week. For the most up-to-date showtime, ticket, and appearance schedule information, and to watch a trailer, visit www.statesofgracefilm.com.

Below, Grace shares a personal reflection about her experience of filming the movie and what she has gained from the whole life experience of the last several years.

A Message from Grace

People have asked me how I decided to participate in States of Grace. When we started, I’d been in the hospital for well over a year, and I thought, “Of course this makes sense.” My attitude toward pretty much everything that comes my way in life is to just say yes and then to pick up the pieces. So I said yes because I’d had an incredible experience—both because I’m a physician and because I’ve been such a patient. I figured if I didn’t have something to say to help people with this, nobody would.

Right away, I was very comfortable with [filmmakers] Mark and Helen being around, and they just immediately faded into the background. I realized early on that I was in a really unique situation getting to have my experience documented. I didn’t actually look at any of the film for the first two years. Initially, I think I didn’t want to see it until it was done because I felt I might contaminate it by becoming self-conscious.

I went through the process thinking: This is their story about my story, and hopefully we will all get something out of it. What I wanted was a teaching tool for medical students, physicians, physical therapists, and family members who are dealing with caregiver and care-receiver issues. I was just thinking that this could ultimately be of service because I wanted something good to come out of my accident—not just for me, but for everybody.

There was one time when I think we all would have liked to stop the project. I was so depressed about the fact of how disabled I’d become that I really felt such despair. It wasn’t about stopping the filming; it was more about, “How is this ever going to end in a good way?” I was so distraught, so upset.

But, I thought, the show must go on. Now, watching the finished film, I have to witness the fact that that was totally a real part of my experience; it’s honest. It would be nicer if it were a little better packaged, but that was the reality. And that is actually part of what makes the film stand on its own two legs—there was no part where any of us was trying to sugarcoat things. 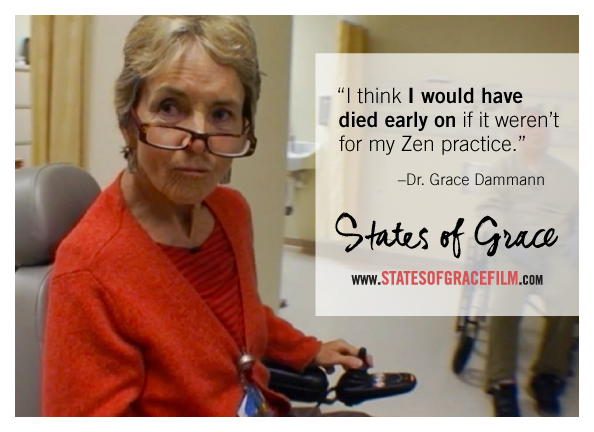 I will say my coming to terms with the level of my disability is still ongoing. I’m having to rediscover everything. At one level, it can feel like total loss—I lost my body, my joy of movement, my ability to run away from things. I was always on the move. To have to be sitting as quietly as I’m sitting—that’s the work in progress.

But, you know, now what I really think the film’s message is—the simple message—is there’s no way to get through life without old age, sickness, and death. And you can be happy in the middle of all of those. It comes and goes. It doesn’t last forever. Nothing lasts. And the wonder of life is just amazing. The wonder of the human body is incredible. Just living with and through the events of one’s life is really what it is all about. And recognizing it’s perfect, just the way it is.