Sharing an Open Letter from Zen Teachers on Abuse

A disciple of Buddha does not misuse sexuality. —from the 16 Bodhisattva Precepts

This vow of deep intention is a guiding principle for living harmoniously with others, one that we formally take at ordinations and renew each month in Full Moon Ceremonies. Not separate from it is the intention to watch carefully for sexual misconduct when there is an abuse of power in hierarchical relationships in our communities and workplaces, including between Buddhist teachers and their students.

In recent years, when troubling evidence surfaced of such abuse in American Zen groups, San Francisco Zen Center issued a statement that indicated our strong stand against it and reviewed the organization’s response to its own challenges and problems in this area, which erupted in the 1980s. (See Sexual Misconduct by Zen Teachers: A Response from San Francisco Zen Center by former abbot Myogen Steve Stücky.) 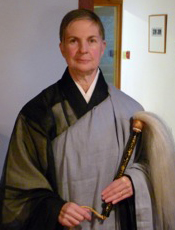 The current abbatial leadership and practice leaders continue to affirm that stand. We wish to encourage sanghas everywhere to be vigilant for this kind of abuse and to be open to discussing it where it arises. In that spirit we share with you this letter initiated by Grace Schireson, published online by Buddhadharma magazine (see link below), that reflects the hopes and intentions of many Zen teachers from a variety of locations: