Last weekend, the Golden Gate Bridge was closed for nearly two days, the longest closure in its history, to install a robust median barrier between traffic moving in opposite directions. Green Gulch resident Grace Damman has been making a push for this addition since a horrific accident on the bridge in 2008 that severely injured her and left her disabled. 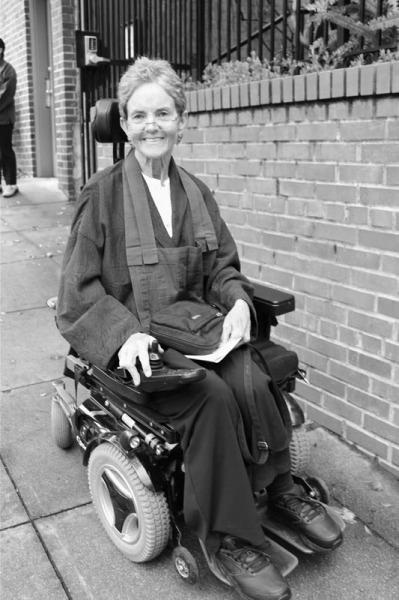 Her journey of recovery while living at Green Gulch Farm has included her partner, Fu Schroeder, and daughter, Sabrina—and their story is the subject of a film, States of Grace, which was just released in theaters this month (the last Bay area showing was Monday of this week).

Grace was greeted by Nancy Pelosi and other officials after addressing the crowd gathered for the ribbon-cutting ceremony on the north side of the bridge on Sunday. She is quoted and photographed by: