Clear Water is a rather small event, in the northeast corner of San Francisco Bay where the Carquinez Straight and the Napa River come together. That is why we are named water. The name comes from the Dogen poem “Zazenshin”: 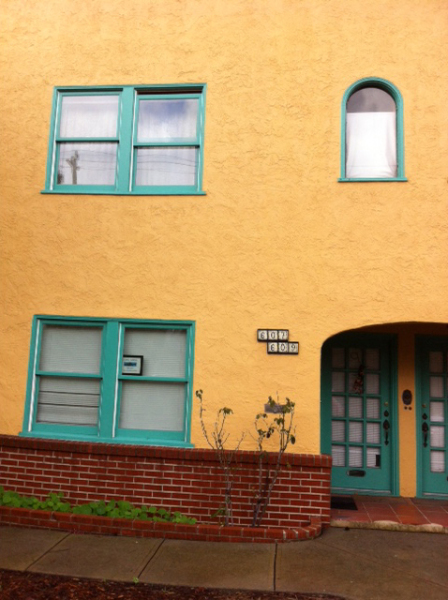 Realization, neither general nor particular,
is effort without desire.
Clear water all the way to the bottom;
a fish swims like a fish.
Vast sky transparent throughout;
a bird flies like a bird.

We began as a sitting group in a church basement in 1998. Our current home is a four-plex apartment building; we began to sit in one of the apartments in the late summer of 1999. We did a bit of arranging and made the living/dining room into a zendo, which was formally opened in January of 2000. My teacher, Sojun Mel Weitsman Roshi, came and opened the altar Buddha’s eyes. We will celebrate our 15th anniversary on January 31, 2015.

We are a very lay sangha. Vallejo itself is a working class city focused, in the recent past, on work in the Mare Island Naval Shipyard. When that closed in the 1990s, property values sank and many artists moved in, so now we are quite mixed and interesting. Our sangha comes from Vallejo, Napa, Benicia and Contra Costa County, mainly. We have about 18 very active members, and probably about 15 more who come when they can from afar. 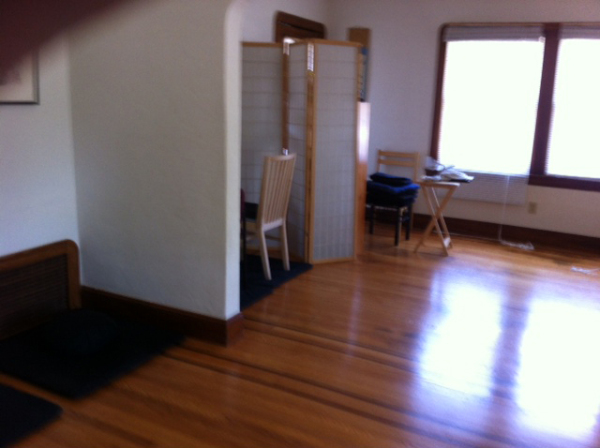 When we began, we simply sat zazen and read and discussed Zen Mind Beginner’s Mind. Slowly, we added more programs as we grew into our new space. We began to offer regular zazen, mornings and some evenings, as well as an introductory Saturday morning program. Folks began to ask for classes, and I think the first one was Introduction to Zen in 2001. The first one-day sitting and the first sesshin were offered in 2000, and the first practice period happened in the fall of 2004. We now have a one-day sitting once a month, a three-day sesshin each March and a practice period ending in a five-day sesshin every year. 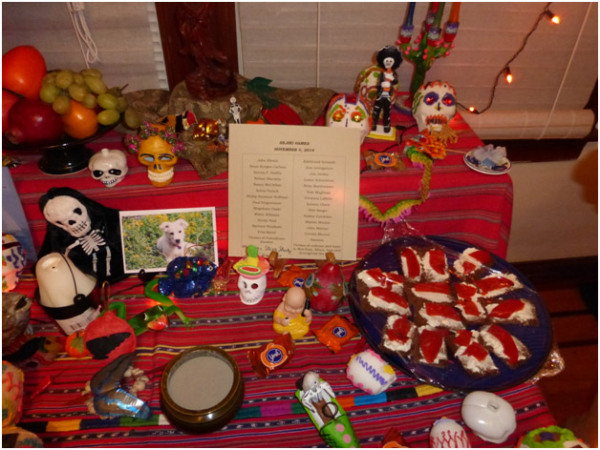 We do Buddha’s Birthday and Sejiki ceremonies every year now. Our sangha loves Sejiki; we do it California style. We make the usual alternate altar opposite the main altar, but ours is a Day of the Dead altar. As you can see, we are heavy into sugar skulls. We also do a Full Moon Ceremony each month. Because we are small and intimate, we include a check-in to begin. We each talk about our practice during the last month and how we are doing in relation to a precept or our intention in general. This is another California version of an ancient ceremony, Pratimoksa, wherein monks recited the precepts and owned their transgressions.

A number of people have formally taken the precepts by now. At first they did the Jukai ceremony at Berkeley Zen Center and I assisted Sojun Roshi. Now that I have dharma transmission, we do the ceremony here. We usually meet once a week to sew and to study the precepts. I teach the sewing of rakusus, but I am looking for someone to help with that. 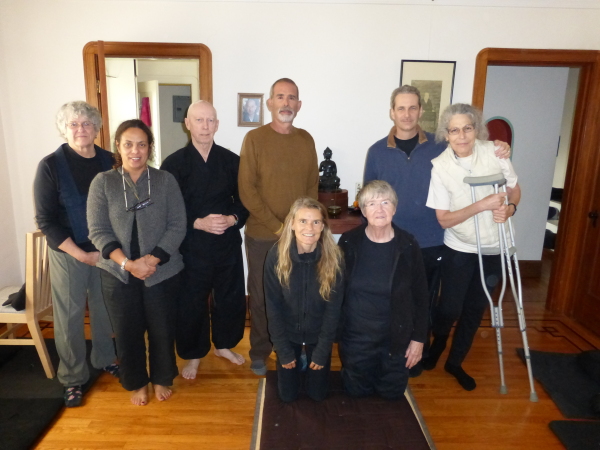 I was installed as Abbess at Clear Water in a Mountain Seat Ceremony in June of 2008. It was a huge undertaking by the sangha, and we all came through it with our practice deepened.

Also in 2008, we expanded to occupy half of the other ground floor apartment as an overflow zendo and a larger space for tea after lecture when we could not go outside. In 2013 we again expanded to occupy that entire apartment, and now we have a dedicated library space. 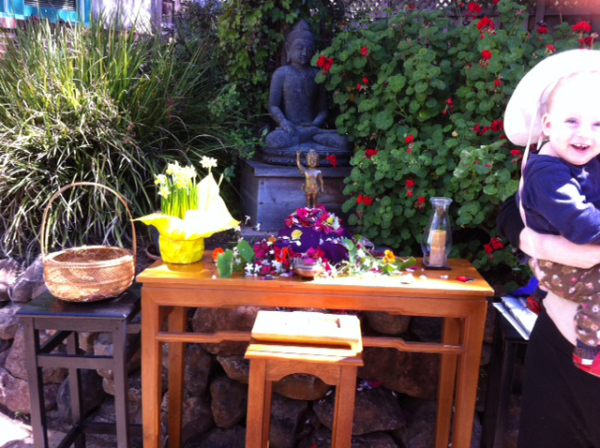 Well before the indoor expansion, we had undertaken the massive project of developing our garden. It is a lovely place now, in what used to look like a vacant lot with two California Pepper trees. We put in all the paving stones with much help from friends at both Berkeley and San Francisco Zen Centers. We did all the planting, and a sangha member, Liam Morrissey, designed and built the wall with the fountain and the trellises, as well as the bell stand for our wonderful densho bell. Our garden is a lovely place for ceremonies, tea after lecture and breaks during sesshin. It is a fine container for practice here at Clear Water.

__________
Visit SFZC’s website for a directory of Branching Streams sanghas, or for more information, e-mail us at branchingstreams@sfzc.org. For more about Clear Water Zendo in Vallejo, CA, visit vallejozencenter.org.