The new documentaryĀStates of GraceĀhits Bay Area theaters to coincide with the installation of a movable median barrier on the Golden Gate Bridge in early January. Dr. Grace DammannÆs life was forever changed when a driver crashed head on into her car during a routine commute across the bridge in 2008. 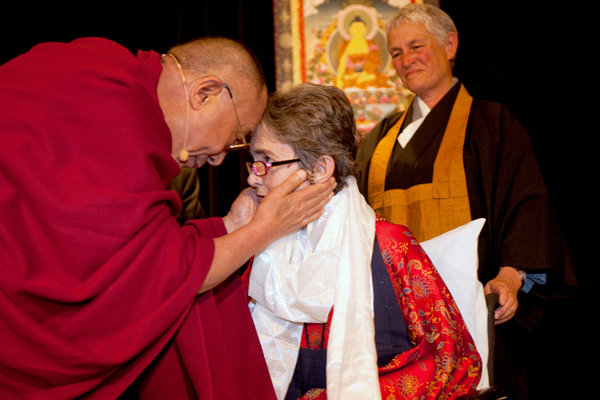 After spending more than a year in rehabilitation hospitals, the film follows Grace as she returns home to Green Gulch Farm Zen Center in Marin, where she lives with her partner Fu Schroeder and their adopted teenage daughter Sabrina. Family dynamics are turned upside down as each of them must negotiate new roles and responsibilities. Through intimate veritķ footage and interviews with GraceÆs doctors, family, and friends, States of Grace paints an inspiring portrait of trust and devotion as it delicately documents the pain and power of one womanÆs fight to reinvent herself.

Honored with audience awards at the Mill Valley, Seattle Lesbian & Gay, and Napa Valley film festivals this fall, viewers have cheered States of Grace as ōa moving, complex, and powerful journeyö and ōa knockout filled with beauty, wit, and compassion.ö

Join filmmakers Helen S. Cohen and Mark Lipman in person at all six Bay Area screenings. Grace and Fu will also be in attendance at the Rafael Film Center on January 8. Get your tickets now and spread the word to family and friends! DonÆt miss this chance to see States of Grace on the big screen!