In a ceremony on September 13, Zen Center students Michael McCord, Gentoku Smith and Zachary Smith were ordained by Urban Temple Dharma Teacher Ryushin Paul Haller amidst a full Buddha Hall of supporters at City Center. Here are a few select photos from that pivotal day. Michael and Gentoku have since returned to continue residence at Tassajara, and Zachary continues to teach and learn as a non-resident with the City Center sangha. The ordinands make an initial offering before taking on new clothes. 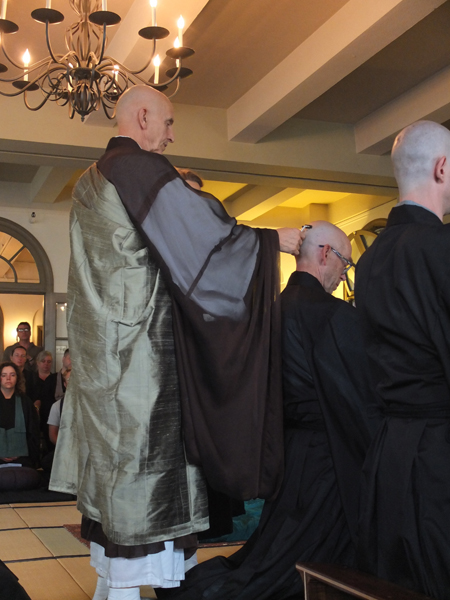 A tiny bit of remaining hair is ceremonially surrendered. 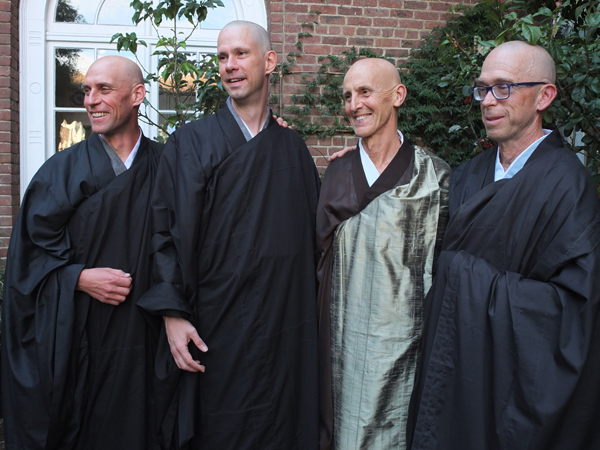 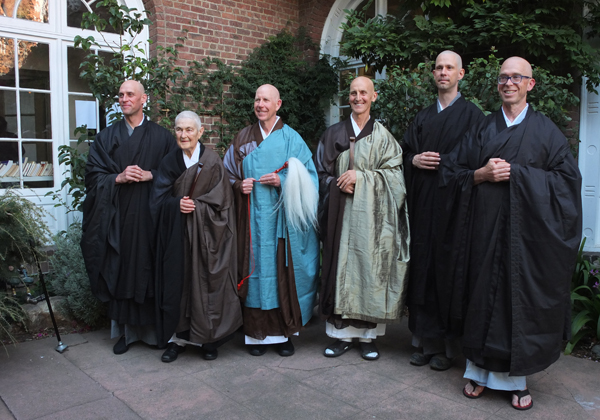