It’s a place where sound is shaped by a devotion to silence.  —KALW
… They’re not music exactly, but they have patterns and the patterns communicate. They’re like a language of sound.  —Catherine Gammon 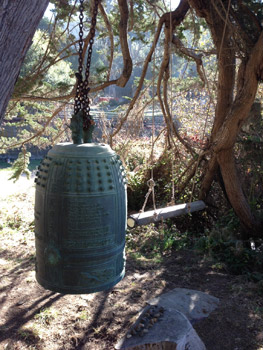 A variety of temple sounds from Green Gulch Zen Center were featured recently on local radio station KALW, which played a recording of them as the “sound of the week” (beginning January 11) for its “Audiograph” program, which selects sounds from various places in the Bay area, asking listeners to guess where and what they are. Reporter David Boyer also interviewed Green Gulch resident Catherine Gammon about these sounds and about life at the center. Listen to the selected sounds and the brief interview together in this 4.5-minute recording on kalw.org. 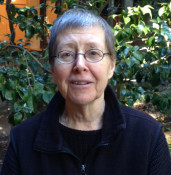