We present Part 2 of Robert Thurman’s interview (see Part 1), and this time he gets into some specific aspects of Buddhism and relationships, including “healthy attachment,” trust and repairing feelings of violation. In person, Bob talks fast, introducing his thoughts with boldness and a singular focus, and at the same time there is the twinkle of good humor behind his words. I enjoyed not only the breadth of his knowledge but also the dynamic and jovial manner in which he presents his ideas. 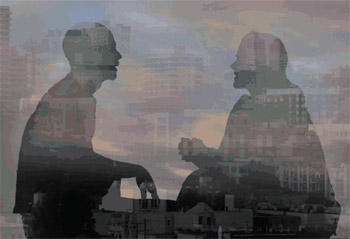 How do we define healthy attachment, when we are trying to practice healthy non-attachment?  Well, basically I don’t think there is healthy attachment. Attachment is unhealthy. For example, I have had in our relationship [Robert and his wife Nena] a big struggle with jealousy. And that’s the normal expression of unhealthy attachment, possessiveness, which comes out of feeling insecure about oneself and maybe the relationship to the mother. A shrink would look at the childhood of this life. A Buddhist would more look at previous lives as well as the childhood of this life. It’s an unhealthy way of expanding a person’s identity, as defined egotistically, against the rest of the world.

But, it’s natural, we could say. And so, one has to acknowledge that it is there. It’s healthy when knowing it’s there one works against it in oneself, and tries to be more open and not slip into fantasies about betrayal and abandonment. You know that mixture of passion and possessiveness or self-transcending passion and self-centered possessive passion: true love mixed with greed and lust and passion. So I again think that it is good to say that it is unhealthy, but natural. There is a certain amount of possessiveness, and I think it is healthy when one is trying to control it and transcend it. 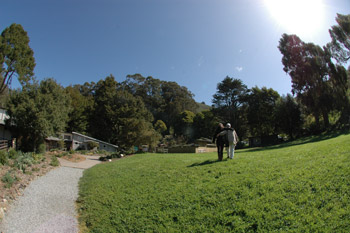 I don’t like psychologies that want to cater to people’s addictive mental habits, but they can be acknowledging of them, like mindfulness practice. There’s a big deal in the way they teach mindfulness about nonjudgmental see-what-comes-up-in-your-mind. I think the nonjudgmental is good in the initial part, because it’s like becoming aware of your own unconsciousness. You do have negative thoughts in your mind. You are not a perfect person. And you can be aware of your own difficult side or bad side or your mental addictions. Then with that awareness, you can try to improve your positive thoughts and you can try to reduce your negative ones. So you can reduce your jealousy and improve your generosity in a relationship. But then to do this you need judgment, you need discrimination and discernment, and you need correcting and improving.

It should all be “no-fault.” You know the concept of “no-fault divorce.” There should be “no-fault repair.” In the sense that you betrayed me and had a lover, but I wasn’t there for you. Or, something like I wasn’t sensitive to your signals, I wasn’t enough for you, or I was in a way withholding myself. You can think that way and act that way without martyring yourself and overdoing it. There should remain a common-sense understanding that although you, my partner, broke the rules, I have my hopes and emotionally I am not blaming you. I still love you.

“Finding your own degree of flaw in whatever went wrong … gives you more power to change your situation.”

The idea is that the way to get power for yourself out of injury is to blame yourself, because you can’t really do anything about the other person. You can say that’s bad. But mentally or emotionally you can’t really get anything out of blaming that person. You just weaken yourself, because if they don’t change then you have no power to make them change. The one person you can change is yourself. However obscurely, finding your own degree of flaw in whatever went wrong and really working on that by taking responsibility for yourself gives you more power to change your situation.

The only way to rebuild gravely ruptured relationships, I think, is if each partner is encouraged to take full responsibility themselves. And where it becomes hopeless is where either one will not take that responsibility and will just sit and blame the other one. Then they might as well just get a divorce lawyer. 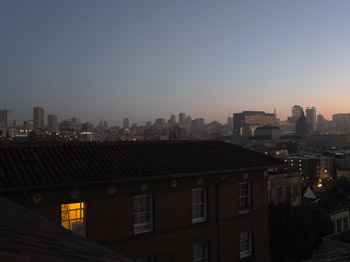 It isn’t just trust in the relationship; it’s the person developing a trust in reality. They themselves have a heart and their own heart connects to reality because everyone is reality. It’s the person developing trust in a Buddha-nature reality, such that they are ready for any relationship. They are ready to take responsibility for anything wrong in the relationship that they initiate. In this way, either the relationship that had a break will be repaired or they will find a good new one. The key to a successful relationship is how successful are you with yourself. Or, how unsuccessful you are with yourself and therefore how needy you are, in thinking someone else is going to do for me what I can’t do for myself.

That was one of Buddha’s main messages. Even Buddha couldn’t do for us what we have to do for ourselves, which is to realize that our own reality connects to nirvana, connects to our Buddha nature. We have to realize that ourselves. He can provide many methods, instructions, examples, and an incredible classroom, the classroom of life, but he can’t do it for us. No relationship is going to do it for anyone, and therefore if one strives to realize Buddha nature for oneself, one may have a chance at having a good relationship.

Can non-Buddhists get the benefits of Buddhist ideas without embracing Buddhist spirituality?  Absolutely, they have been doing so since the beginning of Buddhist history. Buddhism, unlike the other two big missionary religions, never tried to impose itself as a membership organization—although there are individuals who think that is what they should do with Buddhism, I can’t deny that. And they do, and they have the same problem that the other traditions have when they insist on imposing themselves as membership organizations seeking to increase their market-share and convert everyone to their own set of creeds. But Buddhism isn’t like that and I don’t think the other ones should be either. 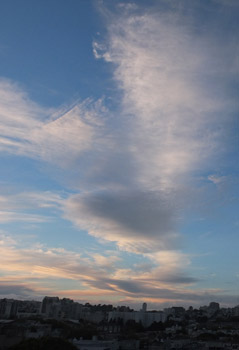 There are two different attitudes that you could have as a member of a religious institution, and one is that a religion is a service industry. That is to say that religions are there from the beginning of Buddha, Jesus, Krishna, Purusha, Muhammad, whoever—they are there to serve people, as educators, as inspirers, as prophets. That’s their job—to serve people, either in the name of God or in the name of reality. Buddhism doesn’t have this absolute belief in an absolute person, that is, an agent that controls or owns the world, like God. It doesn’t believe that. Buddha doesn’t own the world, doesn’t create it, but tries to help the people in it. And so because Buddhism has that, it should set an example and not try to convert people—just present its services.

“Loving and being compassionate is spiritual.”

Then we get around to what is the definition of spiritual. I like to translate Bodhichitta as the “spirit of enlightenment,” because chitta can mean spirit as well as mind. The spirit of enlightenment of the bodhisattva is a mind of love and compassion for all beings. It’s not that mysterious. You love every being like a Buddha does, and you want to be able to effectively love them like a Buddha does. And as a bodhisattva you aspire, and you determine and vow to love them, and you realize that you are not yet that able to because you are not yet a Buddha. So that is spiritual being. Loving and being compassionate is spiritual. And therefore, taking the bodhisattva vow I call the spiritual conception. That’s what I call spiritual. I don’t think spiritual is someone who looks holy or speaks in a special way. Sanctimoniousness does not mean spiritual to me. Spiritual means being a loving person. Even though sometimes they get mad, their overall intention is to be loving. So once you say that being loving is spirituality, then secular humanists, even with their belief of no former life, no future life, can be very loving and therefore can be spiritual.