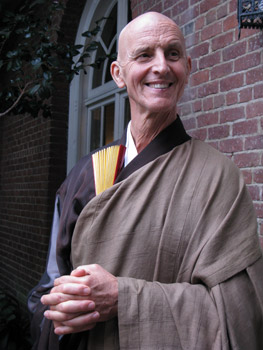 Although the primary emphasis will be teaching and mentoring students, the position includes a focus on developing programs for Zen training offered to both residents and nonresidents. These programs will be modeled on the Establishing the Path of Practice (EPP) Program, a highly successful program that originated with Paul and has been offered for nonresidents at City Center for several years.  Teacher training for these programs will be necessary, which Paul will oversee as well.

Other new programs will include developing a zen and yoga  course to develop the breath-body of zazen. These responsibilities both reflect and expand the work Paul began as abbot and has continued as senior dharma teacher, after stepping down as abbot in February 2012. San Francisco Zen Center is pleased to welcome Paul to this position.